Bosnian police on Tuesday rounded up more than 200 migrants who were squatting in an abandoned building in a northern town in order to move them to a nearby tent camp.

The Lipa tent settlement on the outskirts of Bihac has room to accommodate the migrants who were previously staying in the center of the town, authorities said.

“We found 242 migrants who were staying in this building and all of those migrants will be transferred to the improvised tent settlement Lipa,” said Mirsad Buzar from Bosnia’s foreigners’ service. 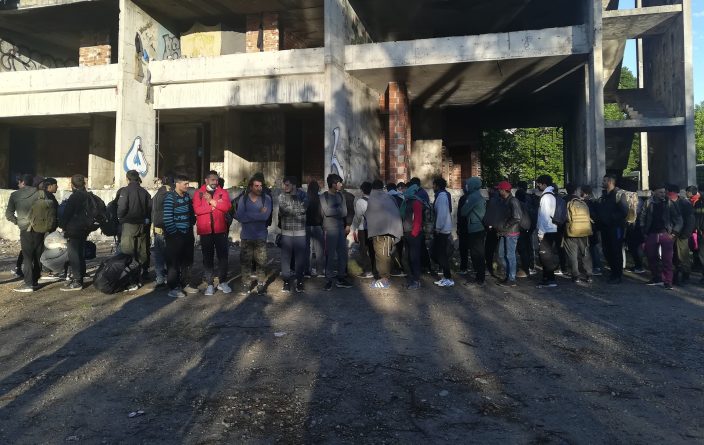 A video from the scene showed migrants lining up outside the multi-floor concrete building with their belongings and waiting to get into a bus while police stood guard nearby.

The city authorities said they would seal off the building to prevent the migrants from returning there. Deputy mayor Suhret Fazlic told the Klix news portal that authorities would move migrants from other similar locations in the coming days.

Thousands of people fleeing war and poverty remain stuck in Bosnia waiting for a chance to move toward wealthy European Union nations. Most migrants in Bosnia flock to the northwestern corner, which is bordering European Union member state Croatia.