Brooks Koepka’s preparation for the PGA Championship included playing the AT&T Byron Nelson last week in Texas — just to see if he could walk 18 holes without pain in his surgically repaired right knee.

He missed the cut, but the walking wasn’t a problem. Playing to the standard of a four-time major champion while doing 2 1/2 hours of rehab a day might be tougher.

“Every day's been a long day,” Koepka said Tuesday. 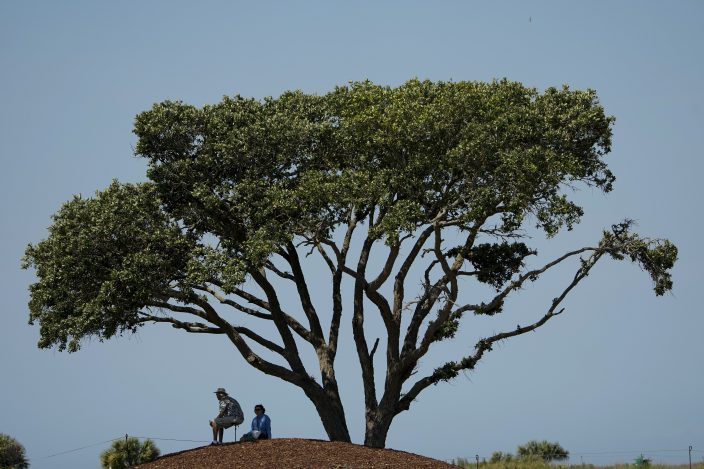 Fans watch on the seventh hole during a practice round at the PGA Championship golf tournament on the Ocean Course Tuesday, May 18, 2021, in Kiawah Island, S.C. (AP PhotoDavid J. Phillip)

Koepka is two months removed from surgery to repair a dislocated kneecap and ligament damage. He's in better shape than he was at the Masters, where he hobbled his way to a missed cut while struggling to bend his knee enough to read putts or retrieve the ball from the cup. But he's hardly at full strength.

“I can't run. I'm not where I want to be. But at the same time, it's what I've got to deal with, so just move on,” Koepka said. “I still have days where it sucks, when my knee just doesn't feel good waking up and it's not going to feel good all day, but those are getting less and less.”

Koepka won his most recent major and second PGA two years ago at Bethpage Black. At the time, he had also won back-to-back U.S. Opens, and he swaggered into brawny Bethpage with a confidence bordering on arrogance, saying majors were “the easiest” tournaments to win because he only had to worry about a small portion of the field beating him. 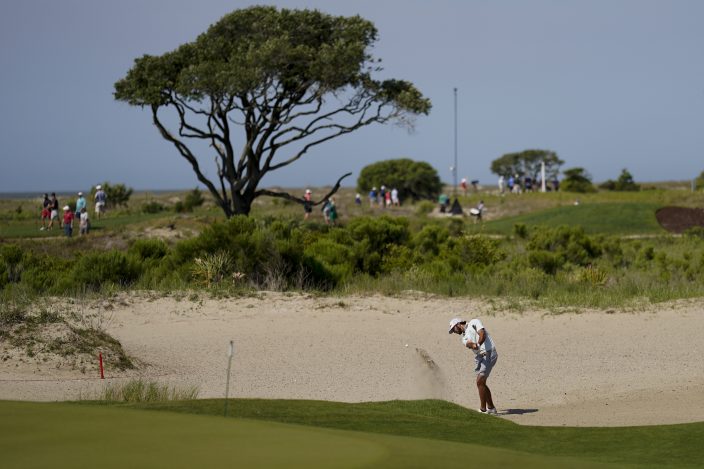 Max Homa hits from the bunker on the second hole during a practice round at the PGA Championship golf tournament on the Ocean Course Tuesday, May 18, 2021, in Kiawah Island, S.C. (AP PhotoDavid J. Phillip)

Since then, injuries have taken big chunks out of his schedule and robbed him of opportunities to be competitive even when he has played.

“I mean, I can play. You're never 100%, that's the thing. For two straight years it's been left knee, right knee, herniated a disk in my neck,” he said. “I can deal with the pain. That's not an issue. It's just a matter of being able to hit the shots that I want to hit and do things I want to do, and I'm starting to be able to do that. Even though I'm not 100%, I can still hit the shots.”

Koepka gave himself a chance at a third consecutive PGA Championship last year at Harding Park before fading with a final-round 74. He skipped the FedEx Cup playoffs but managed a tie for seventh at the Masters.

Since then he has five missed cuts in eight starts. He also has a victory and a tie for second, although those came before the surgery.

His doctors tell him he won't be fully healthy for six more months, although Koepka believes he can improve upon that timeline. For now, the Ocean Course at Kiawah Island at least presents a more manageable challenge than hilly Augusta National.

“I feel like I can hit every shot. It's not like Augusta where I'm trying to figure out what's the best line to walk,” he said. “Now I can actually hit golf shots and understand what's going on.”

Most of the time, anyway. In about one out of every 20 swings with the driver, he tries to push off his right leg only to discover he can't do it. No wonder all but one question he got at his pretournament news conference was injury-related. The only reprieve was a query about the tough par-3 17th hole.

“I haven't played it yet,” Koepka said.