France coach Didier Deschamps recalled forward Karim Benzema after nearly six years out for his alleged part in a “sex tape" scandal, including the Real Madrid star in his squad for the European Championship.

The 33-year-old Benzema played the last of his 81 games for Les Bleus in October 2015, scoring twice in a friendly against Armenia to take his international tally to 27 goals.

“Why now? I don’t have the capacity and no one does, not even Karim, of going back and changing the past,” Deschamps said when announcing his squad on national television. “The most important thing is today and the future.” 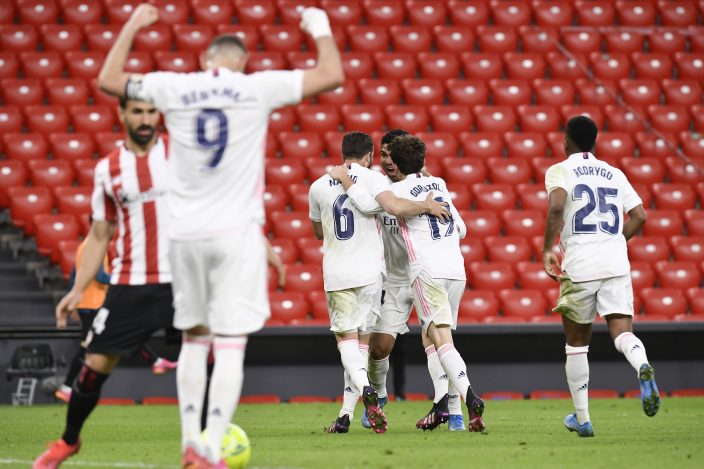 Benzema had been banned from the national team because of the “sex tape” scandal in which he was allegedly involved in blackmailing former France teammate Matthieu Valbuena.

Benzema faced a deluge of criticism, and then-Prime Minister Manuel Valls said the forward had no place in the national team.

Benzema, who is of Algerian descent, had a good relationship with Deschamps. But in an interview, he had accused Deschamps of giving in to pressure from racists when the coach decided not to include him in the squad for Euro 2016. 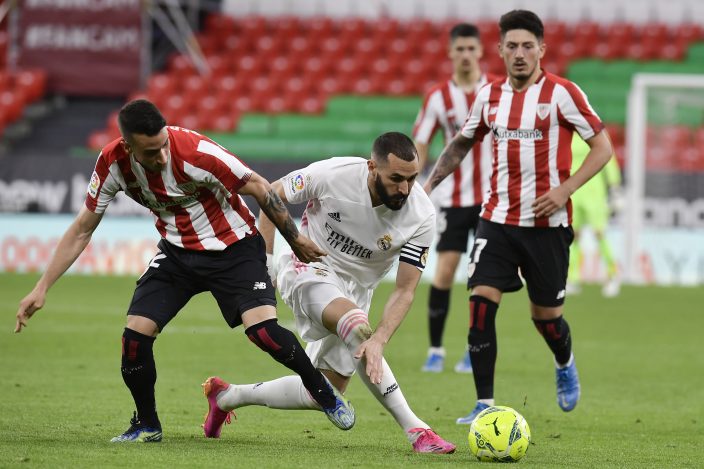 Deschamps, whose family home was tagged with offensive graffiti after Benzema's interview, said he had spoken directly with Benzema to clear the air.

“Obviously to come to this decision there were important steps to take, one of which was very important. We met each other, we spoke for a long time,” Deschamps said. “That was the most important step, after which I obviously had a very long think about many things and to reach this decision now.”

Deschamps made clear that any lingering grudges seem to have been firmly buried.

“I won’t tell you a single word about the discussion between us, it concerns only us two. But he needed it and I needed it," Deschamps said. “I think the France team is above everything else. It doesn’t belong to me, even though I’m aware of the important responsibility I have."

Benzema has been in arguably the best form of his career, scoring 29 goals in 45 games this season and forming a close bond with Zinedine Zidane, the former France great who won the 1998 World Cup and Euro 2000 in the same side as Deschamps.

Benzema has come into his own at Madrid since Cristiano Ronaldo left to join Juventus three years ago, moving up to fifth on the club’s all-time scoring list with 278 goals.

His return could cost Olivier Giroud his starting place in the national team due to lack of match fitness. Giroud has hardly played for Chelsea since Thomas Tuchel took charge of the Premier League team after Frank Lampard was fired, with Tuchel using him mostly as a substitute since February.

“I consider that the choice is for the good of the team, as it always is, and the France team is meant to be better with Benzema in it," Deschamps said. "But that’s in no way to discard Olivier Giroud. He’s also around. Let’s not forget that France had very good results for many years. We were European Championship runner-up and won the World Cup (in 2018).”

But Deschamps sounded excited when asked if Benzema would play in a three-man attack alongside Paris Saint-Germain star Kylian Mbappe and Barcelona's Antoine Griezmann, who played with Benzema at the 2014 World Cup.

“That is part of the thinking, yes. Obviously on paper many things can look really great," he said. “I’m lucky to be able to count on players of very, very high level ... I can't complain.”

Sevilla center half Jules Kounde was called up for the first time, but Manchester United forward Anthony Martial was left out after struggling to shake off a knee injury he picked up with France in late March.

All eyes will be on Benzema if he's selected against Germany on June 15 — seven years after playing in a losing side against the Germans in the World Cup quarterfinals in Brazil.

Little more than one year later, his international career was in free fall.

The scandal caused huge waves in France and led to a massive fallout between Benzema and the tricky winger Valbuena, who were once teammates.

He is suspected of having pressured Valbuena to pay blackmailers who threatened to reveal an intimate video in which Valbuena featured.

Benzema will stand trial again in October on the charge of complicity in attempted blackmail, which carries a maximum penalty of five years in jail and a fine of 75,000 euros ($90,000). By that time, Benzema could have won his first major trophy with Les Bleus after winning four Champions League titles with Madrid.

A strong performance at Euro 2020 could also push his cause to become France's first winner of the prestigious Ballon d'Or award since Zidane in '98.