President Joe Biden and House Republicans alike are revising history when asserting that the new administration set records in U.S. job creation — either the best ever or among the worst, depending on the vantage point. The truth is in between.

While jobs are steadily being added as the nation digs out from the coronavirus pandemic, the pace is far from being No. 1 among presidents, as Biden describes it. But neither is it the worst in decades, as Rep. Elise Stefanik, the newly elected no. 3 leader of House Republicans, asserted twice in recent days. 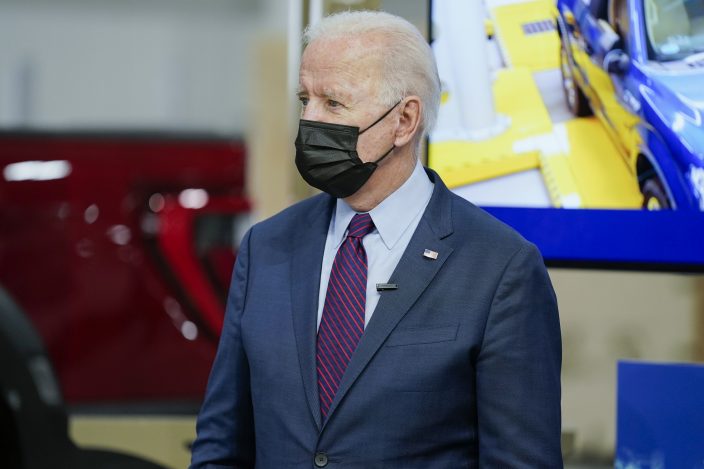 BIDEN: “As a result of our prompt action to roll out the vaccine and boost the economy, we’ve gone from stagnation to an economy that is growing faster than it has in nearly 40 years. We’ve gone from anemic job creation to a record of creation for more — for a new administration. None has ever created this many jobs in this timeframe.” — remarks Monday.

THE FACTS: Not so fast.

He has created the most jobs in his first three months than any other president — about 1.5 million — but that’s partly because the U.S. population is larger than in the past. When calculated as a percentage of the workforce, job growth under President Jimmy Carter increased more quickly from February through April 1977 than the same three months this year. 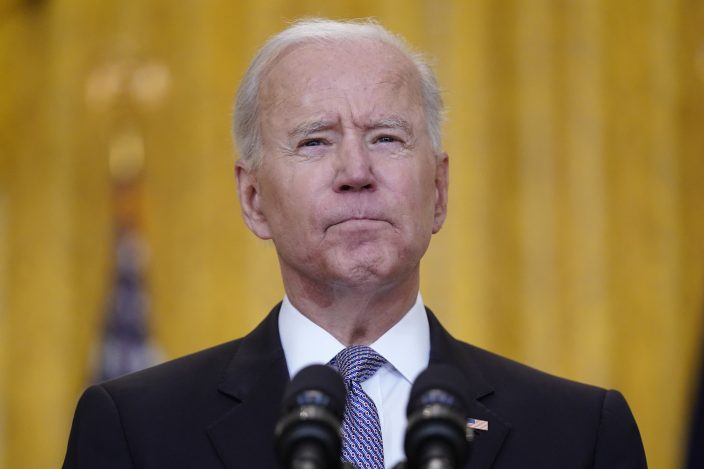 President Joe Biden speaks about distribution of COVID-19 vaccines, in the East Room of the White House, Monday, May 17, 2021, in Washington. (AP PhotoEvan Vucci)

Since the late 1970s, the U.S. population has grown by more than 100 million people. In ignoring that, Biden picked up on a trait of his predecessor, Donald Trump, who bragged that the U.S. had the largest workforce ever under his presidency and glossed over the simple fact that there are far more people.

It's true, though, that the economy is growing rapidly — it expanded at a 6.4% annual rate in the first three months of the year — and is expected to grow this year at the fastest pace since 1984.

Biden’s $1.9 trillion rescue package contributed to the vigorous growth but much of the expansion reflects a broader bounce-back from the unusually sharp pandemic recession, the deepest downturn since the 1930s. Even before Biden's package, for example, the International Monetary Fund was projecting U.S. growth of over 5% for this year. 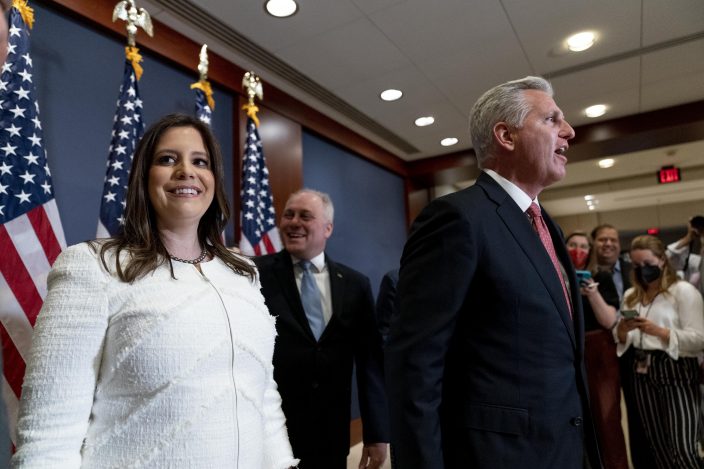 Biden is also ignoring a disappointing jobs report for April, when just 266,000 jobs were gained, far fewer than expected. At that pace, it would take more than two years to regain the 8 million jobs that are still lost to the pandemic.

STEFANIK: “In just over 100 days, we have an economic crisis ... we see the worst jobs report in over 20 years. Unemployment is up.” — remarks Friday after being elected to the No. 3 House GOP leadership post that had belonged to Rep. Liz Cheney, who was stripped of the post after criticizing former President Donald Trump.

THE FACTS: Stefanik, R-N.Y., is way off in asserting that last month's job report was the worst in decades. It actually showed job gains, just not as many as were expected. And her suggestion that Biden's first 100 days produced an economic crisis is baseless.

In April 2020, the country lost 20.5 million jobs after much of the economy shuttered due to the coronavirus pandemic. That was by far the worst monthly loss on record.

In last month’s report, economists had predicted that about 1 million jobs would be added, compared with the actual 266,000 figure. Oxford Economics, a forecasting firm, called the miss in predictions for April “one of the largest on record.”

That’s clearly not the same as being the “worst jobs report,” as she put it. In fact, companies have added jobs for four straight months, according to the Labor Department.

Nor is it an “economic crisis” that the unemployment rate ticked up last month from 6% to 6.1%. April’s increase is a sign that resumption of U.S. hiring has encouraged some Americans to look for jobs and seek a return to the workforce.

Most economists actually expect job growth to strengthen as more vaccinations are administered and trillions in government aid spread through the economy.