Rennie Stennett, the sure-handed second baseman who was part of the first all-Black starting lineup in major league history and later helped the Pittsburgh Pirates win the 1979 World Series, has died. He was 72.

The Pirates, citing information provided by the Stennett family, said he died Tuesday following a fight with cancer.

Stennett hit .274 with 41 home runs and 432 RBIs in 11 big league seasons, nine of them with Pittsburgh. Though he was never named to an All-Star team, he received Most Valuable Player votes in both 1974 and in 1977, when he hit a career-best .336 before missing the final six weeks of the season due to an injury. 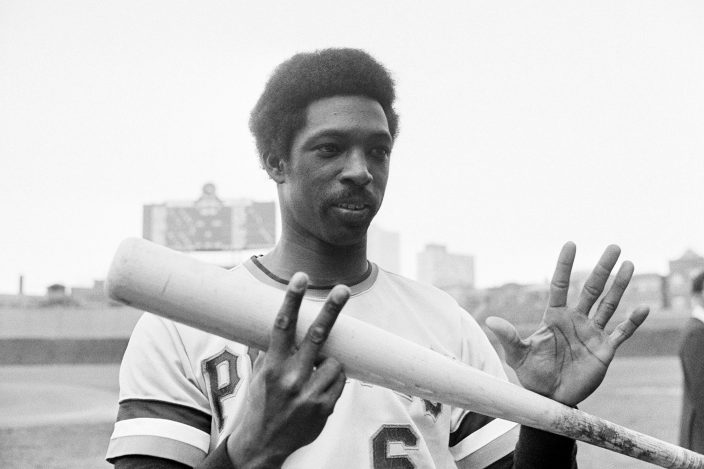 Stennett, who was born in Panama, reached the majors with the Pirates in 1971. On Sept. 1, 1971, he started at second base as part of the first all-Black lineup in MLB history in a 10-7 victory over Philadelphia, a group that included Hall of Famers Roberto Clemente and Willie Stargell.

On Sept. 16, 1975, Stennett became the only player in the modern era to go 7 for 7 in a nine-inning game when hit four singles, two doubles and a triple in a 22-0 victory over the Chicago Cubs.

Stennett played primarily at second base but also spent time at shortstop and the outfield during his career. He had a pinch hit in his only at-bat of the 1979 World Series, winning a ring as the Pirates rallied to beat Baltimore in seven games.

“Rennie symbolized what it meant to be a Pittsburgh Pirate,” team president Travis Williams said in a news release.

Stennett left the Pirates after the 1979 season, signing a five-year contract with San Francisco. The Giants, however, released him in April 1982.

Stennett is survived by his daughter, Renee, sons Rennie Jr. and Roberto, and several grandchildren.