Joe Biden is back behind the wheel. And now he's gone, bolting down the track.

The self-described “car guy” took a spin in the new Ford F-150 Lightning truck during a visit to a Ford safety testing center Tuesday as part of a trip to Michigan to sell his $2 trillion infrastructure plan. The automaker showed off its new electric truck to coincide with Biden's tour of Ford’s Rouge Electric Vehicle Center in Dearborn, where the truck will be produced.

“This sucker’s quick,” the president said, as he rolled up to the traveling press corps. Then he warned them, “I’m just gonna step on it. I’ll come off at 80 miles an hour.” 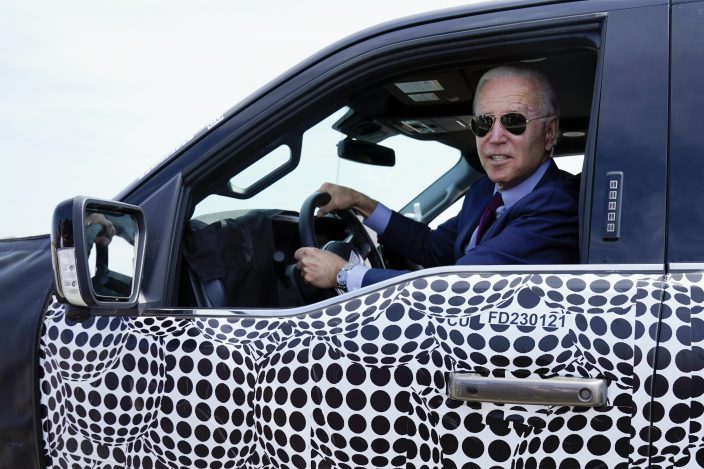 President Joe Biden stops to talk to the media as he drives a Ford F-150 Lightning truck at Ford Dearborn Development Center, Tuesday, May 18, 2021, in Dearborn, Mich. (AP PhotoEvan Vucci)

Not quite, but off he sped, fast as a one-man drag race, quiet as a ... well, an electric vehicle.

Ford says the Lightning will hit 60 mph from a standing start in about 4.5 seconds.

The truck will be formally unveiled Wednesday night. Ford still had it wrapped in black-and-white camouflage on Tuesday. 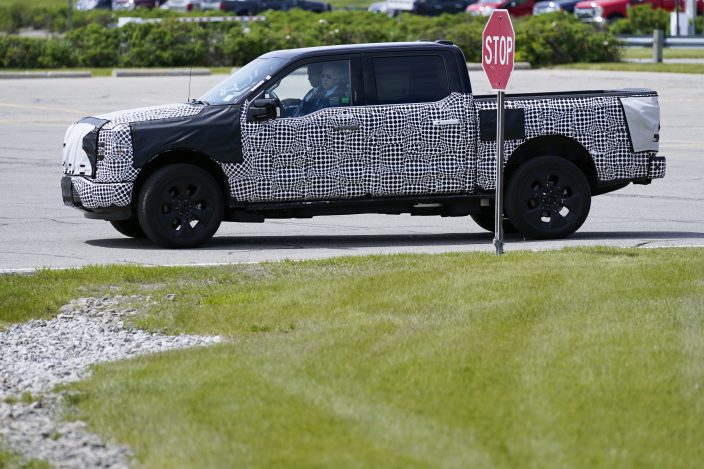 One reporter asked if she could ask about Israel. Only way to stop him, Biden said, was to get in front of the truck, and he was planning to step on the accelerator. Just "teasing,” he added, but off he zoomed.

The son of a car salesman, Biden is known for his love of cars, a fact that featured prominently in some of the Obama White House’s public messaging when he was vice president and also in his 2020 run for president. Supporters displayed campaign paraphernalia declaring they were “ridin’ with Biden,” complete with a stylized image of Biden behind the wheel of a convertible, wearing aviators and a broad grin.

As vice president, he once lamented to Car and Driver that the Secret Service wouldn't allow him to drive his treasured 1967 Corvette — “the one thing I hate about this job.” The same is true now that he's president. But for a few great moments on Tuesday, that all was forgotten.

Taiwan says it will continue opera ...