Mookie Betts hit a leadoff homer and Chris Taylor added a tiebreaking, two-run shot in the fifth inning before Lux broke it open in the seventh, putting his second homer of the season into the short right field porch off Kevin Ginkel.

Nick Ahmed had an RBI double for the injury-depleted Diamondbacks, who have lost six of seven after dropping the first two in this four-game set. 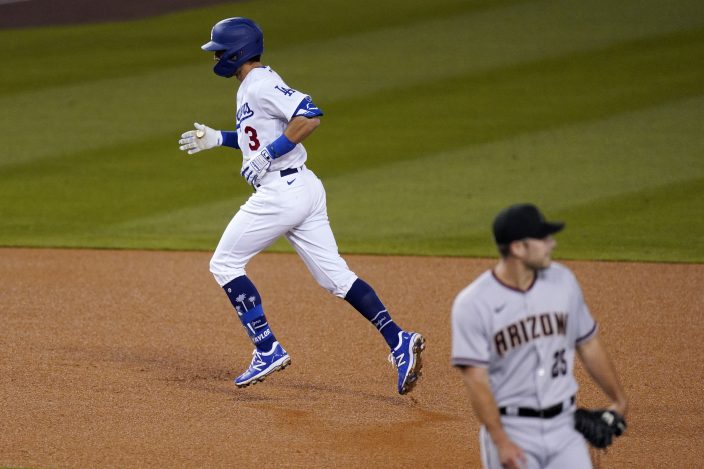 After a 13-2 start to the season that was followed by a three-week slump, the defending World Series champions are dominating again with just one loss on their nine-game homestand, scoring 43 runs in seven games while getting a series of impressive starts from their rotation.

Urías (6-1) retired 13 straight batters from the second inning until the seventh. The Dodgers’ World Series-clinching hero is off to an outstanding start in LA’s rotation, and he yielded two runs on five hits with 14 strikeouts over 13 2/3 innings in his two starts on this homestand.

Lux was a surefire prospect who took more time than expected to click in the majors, but the infielder has got it together now: He is 18 for 52 (.346) with two homers, 12 RBIs, and seven multi-hit performances in Los Angeles’ last 14 games. It's happening just in time for the Dodgers, who have moved Lux to shortstop after losing World Series MVP Corey Seager indefinitely to a broken hand last weekend. 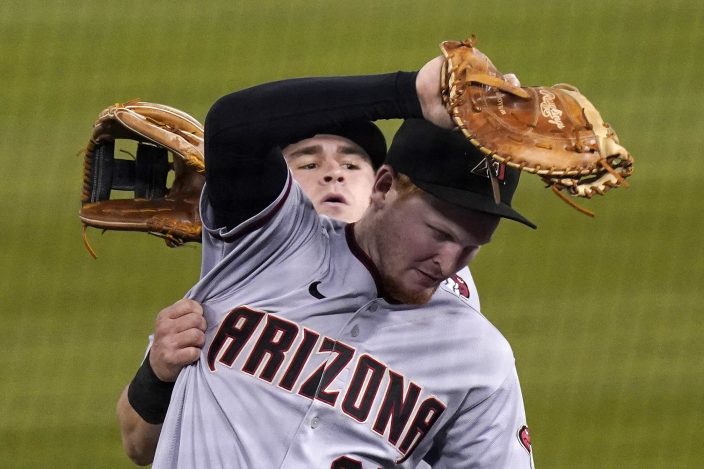 Arizona Diamondbacks first baseman Pavin Smith, right, makes a catch on a ball hit by Los Angeles Dodgers' Will Smith as second baseman Andrew Young collides with him during the fifth inning of a baseball game Tuesday, May 18, 2021, in Los Angeles. (AP PhotoMark J. Terrill)

The former Astros starter was the Diamondbacks’ most important return when they traded Zack Greinke to Houston in July 2019, and he got back to the big leagues due to Arizona’s rash of pitching injuries.

Betts sent Martin's second pitch into the left-field bleachers for the 24th leadoff homer of his career — his second this season and the fourth in his 90 regular-season games for the Dodgers. 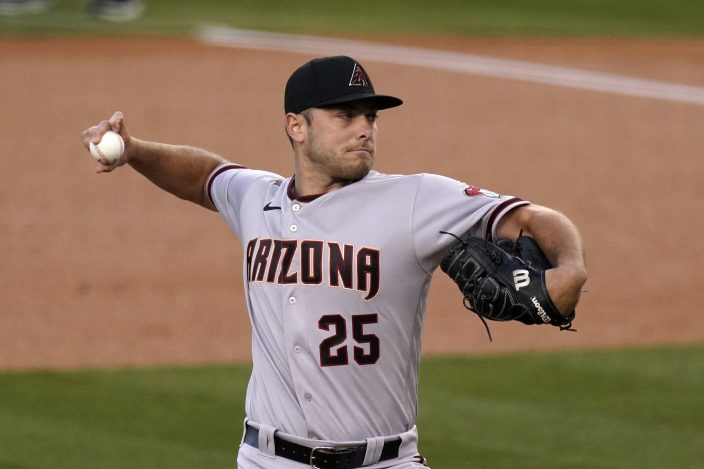 Arizona Diamondbacks starting pitcher Corbin Martin throws to the plate during the first inning of a baseball game against the Los Angeles Dodgers Tuesday, May 18, 2021, in Los Angeles. (AP PhotoMark J. Terrill)

Both pitchers were in control until the fifth, when Martin yielded a single to Max Muncy and Taylor followed with his first homer since April 25.

Albert Pujols went 0 for 3 in his second game with the Dodgers, but the slugger drove in his second run for his new team when he was hit by a pitch in the seventh with the bases loaded. Pujols' 2,114 RBIs are the second-most in baseball history since it became an official stat. 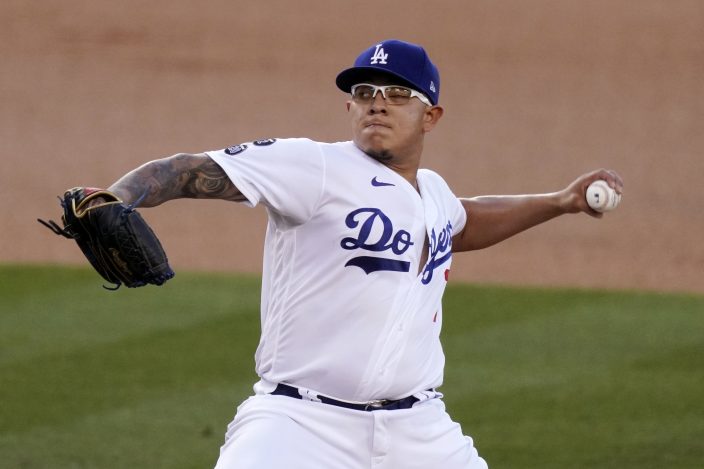 Los Angeles Dodgers starting pitcher Julio Urias throws to the plate during the first inning of a baseball game against the Arizona Diamondbacks Tuesday, May 18, 2021, in Los Angeles. (AP PhotoMark J. Terrill)

Yoshi Tsutsugo went 0 for 2 with two walks while playing left field in his debut for the Dodgers, who acquired the former Japanese star from Tampa Bay last Saturday.

Dodgers: LHP Garrett Cleavinger went on the injured list with left forearm inflammation, and LHP Alex Vesia was recalled a day after being sent down.

Clayton Kershaw (6-3, 3.20 ERA) takes the mound for his second start of the homestand after racking up 11 strikeouts while beating Miami last Friday. The Diamondbacks hadn't announced their starter.