There was no need for a goalscoring goalkeeper this time.

Liverpool’s latest win in the Premier League — 3-0 at Burnley on Wednesday — was far more routine than the one secured by goalkeeper Alisson’s sensational stoppage-time header at the weekend.

It was no less vital, though. 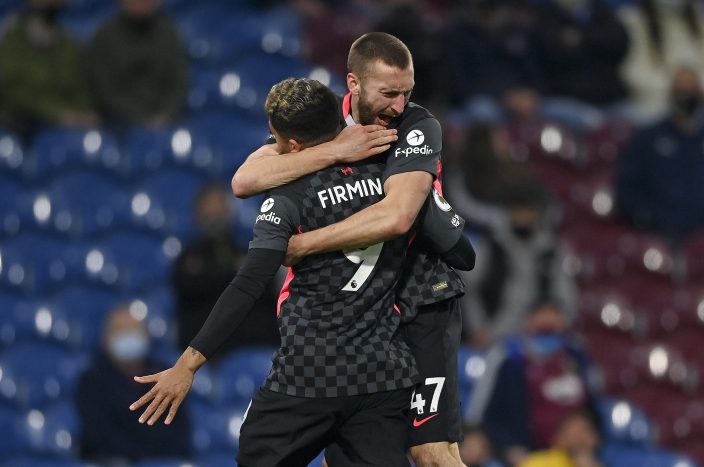 Liverpool will head into Sunday’s final round back in the top four, if only on goal difference, as last season’s runaway champions look to clinch qualification for the Champions League — a possibility that looked so unlikely a month ago.

With two qualifying spots up for grabs to join Manchester City and Manchester United, Chelsea is in third place on 67 points, one more than both Liverpool and fifth-place Leicester.

Liverpool has a superior goal difference to Leicester of four, so any kind of victory over Crystal Palace should be enough for Jurgen Klopp’s team to finish in the top four. Leicester closes the season at home to Tottenham and will need to pile up the goals if Chelsea and Liverpool win. 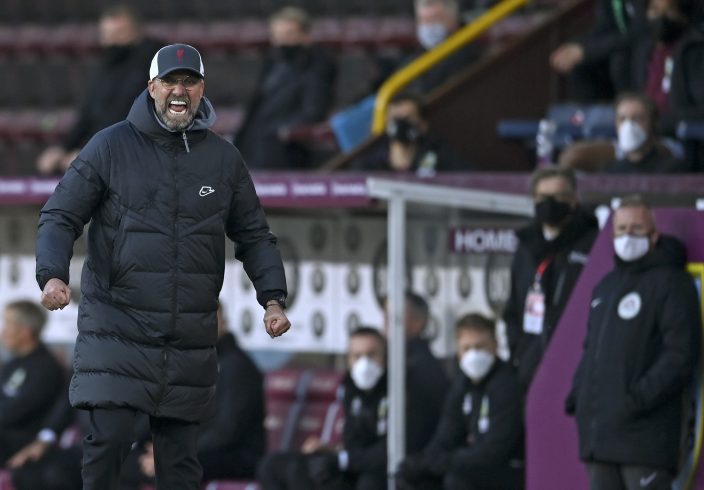 Liverpool's manager Jurgen Klopp shouts out from the touchline during the English Premier League soccer match between Burnley and Liverpool at Turf Moor in Burnley, England, Wednesday May 19, 2021. (Gareth CopleyPool via AP)

Chelsea is away to Aston Villa.

Since a 1-1 home draw with Newcastle on April 24 that left Klopp fearing the worst, Liverpool has won four straight games — against Southampton, Manchester United, West Bromwich Albion and now Burnley — to reel in Leicester.

Three days after Alisson’s winner at West Brom, it was another Brazil international — Roberto Firmino — who put Liverpool ahead at Turf Moor by converting a cross from Andrew Robertson in the 43rd minute. 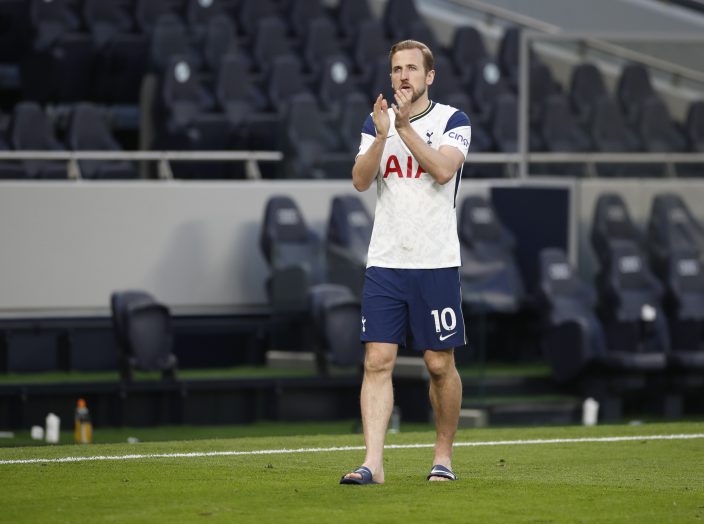 Tottenham's Harry Kane applauds to supporters at the end of the English Premier League soccer match between Tottenham Hotspur and Aston Villa at the Tottenham Hotspur Stadium in London, Wednesday, May 19, 2021. (Paul ChildsPool via AP)

Nat Phillips, the reserve center back filling in so admirably amid a glut of injuries in that position, scored the second goal with a header from Sadio Mane’s cross in the 52nd. Alex Oxlade-Chamberlain added a third in the 88th.

The other thing to be decided on the final day of the season will be which teams qualify for UEFA's minor European competitions, the Europa League and the newly created Europa Conference League.

West Ham is in a good position to finish sixth and qualify for the Europa League after beating West Brom 3-1.

Seventh-place Tottenham lost 2-1 to Aston Villa, in what could be Harry Kane's final home game for the club, and is now tied on points with Everton, which beat Wolverhampton 1-0 at home.

Arsenal is a point further back in ninth after a 3-1 win at Crystal Palace.

Newcastle won 1-0 at home to Sheffield United in Wednesday's other game.

Dortmund's Haaland back and Bayern beatable in ...

Lebanon minister to resign in bid to ease crisis with S ...

Liverpool entertains as EPL's top 3 all win to stay close

14 games and counting without an EPL win for Newcastle