Riding the Giro d’Italia for the eighth time in his career, Giacomo Nizzolo finally claimed his first stage win in his home Grand Tour on Friday, while Egal Bernal’s overall lead remained unchanged.

Nizzolo won a mass sprint at the end of the entirely flat 198-kilometer (123-mile) 13th stage from Ravenna to Verona.

“Finally I’ve got a stage victory at the Giro,” Nizzolo said.

Italy's Giacomo's Nizzolo celebrates after crossing the finish line to win the thirteenth stage of the Giro d'Italia cycling race, from Ravenna to Verona, Italy, Friday, May 21, 2021. (Fabio FerrariLaPresse via AP)

The route paid tribute to the poet Dante Alighieri on the 700th anniversary of his death in Ravenna. The unchallenging leg also gave riders a break before hitting the high mountains over the weekend.

“Finally we had an easy day,” Bernal said. 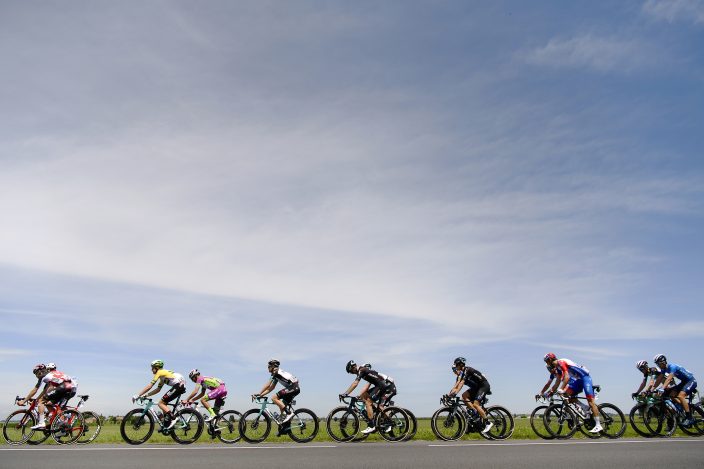 Cyclists pedal during of the thirteenth stage of the Giro d'Italia cycling race, from Ravenna to Verona, Italy, Friday, May 21, 2021. (Fabio FerrariLaPresse via AP)

Edoardo Affini surged ahead early in the sprint but Nizzolo rushed past him just before the line.

“I decided to launch a long sprint," Nizzolo said. "I chose to risk staying too long in the wind rather than wait for too long behind other riders with the chance of being blocked. My choice paid off.” 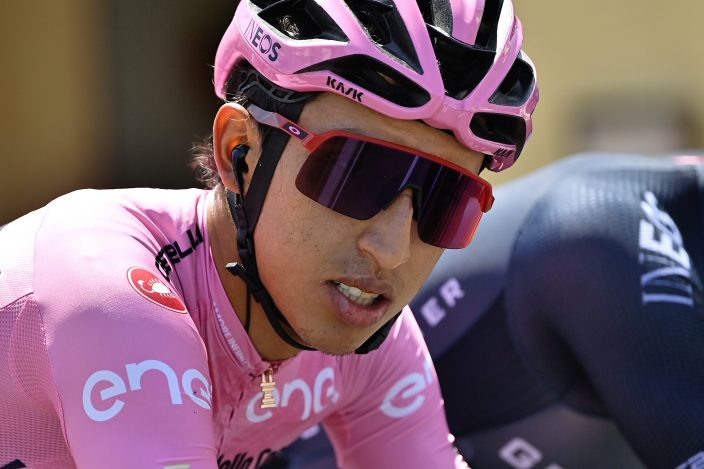 Colombia's Egan Bernal, wearing the pink jersey of leader of the race, pedals at the start of the thirteenth stage of the Giro d'Italia cycling race, from Ravenna to Verona, Italy, Friday, May 21, 2021. (Fabio FerrariLaPresse via AP)

Nizzolo, who rides for Team Qhubeka Assos, is the reigning European and Italian road race champion.

A big challenge awaits on Saturday with a punishing climb to Monte Zoncolan concluding the 14th stage.

“It would be special to win atop the Zoncolan tomorrow but that means controlling the whole peloton so I would be happy if I just keep the pink jersey,” Bernal said.

The Giro ends May 30 in Milan with an individual time trial.