From Palestinians clashing with Israeli forces south of the West Bank city of Nablus, to a Spanish civil guard waiting for migrants to arrive near the border of Morocco and Spain, to athletes competing at the European Aquatics Championships in Hungary, and lava flowing from an eruption of the Fagradalsfjall volcano on the Reykjanes Peninsula in Iceland, this photo gallery highlights some of the most compelling images made or published in the past week by The Associated Press from around the world. 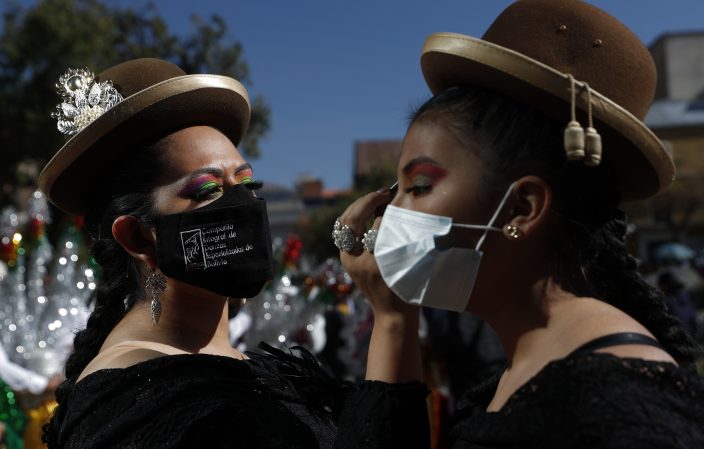 Dancers prepare to perform La Morenada or Dance of the Black Slaves in Plaza Murillo in La Paz, Bolivia, Tuesday, May 18, 2021. Dancers gathered in defense of the traditional dance they say is part of the Bolivian cultural heritage which was claimed by the Peruvian city Puno last week, causing a diplomatic row. (AP PhotoJuan Karita) 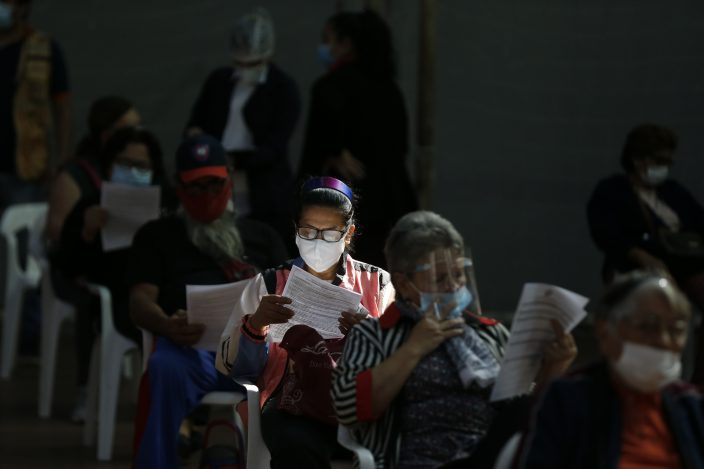 People over age 65 read instructions before getting a shot of the AstraZeneca COVID-19 vaccine in San Lorenzo, Paraguay, Tuesday, May 18, 2021. (AP PhotoJorge Saenz) 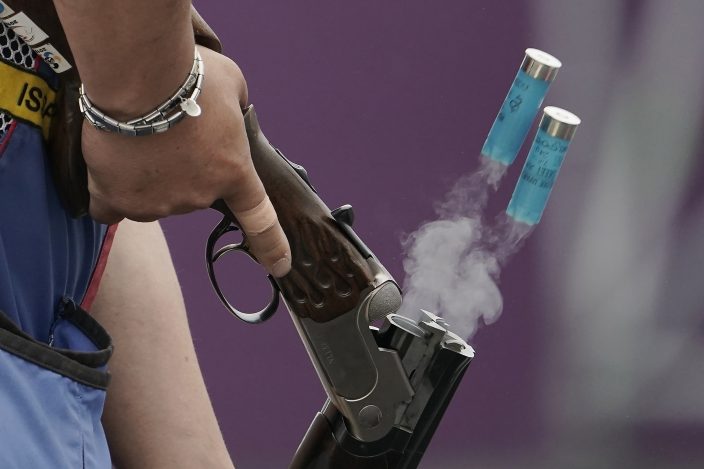 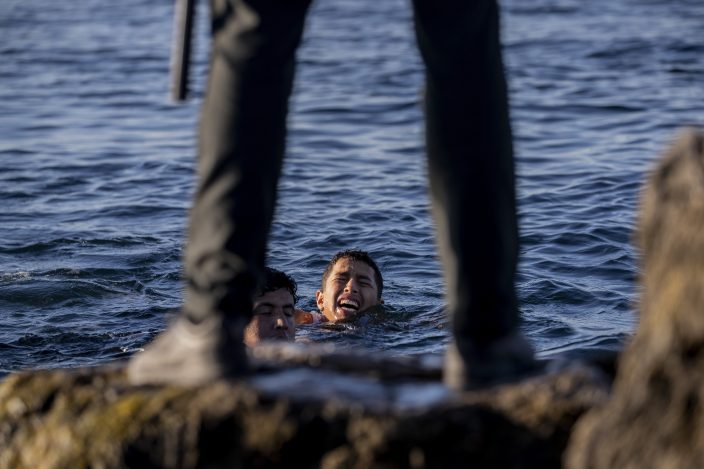 A Spanish civil guard wait for migrants to arrive at the Spanish enclave of Ceuta, near the border of Morocco and Spain, Wednesday, May 19, 2021. Spanish officials are acknowledging for the first time that the unprecedented migrant crisis has been triggered by an angry Rabat at Madrid's decision to provide medical treatment to the militant boss of the Polisario Front. (AP PhotoBernat Armangue) A Kashmiri doctor in a protective suit takes a nasal swab sample of a nomad to test for COVID-19 in Budgam southwest of Srinagar, Indian controlled Kashmir, Tuesday, May 18, 2021. India's total virus cases since the pandemic began swept past 25 million on Tuesday as the country registered more than 260,000 new cases and a record 4,329 fatalities in the past 24 hours. (AP Photo Dar Yasin) 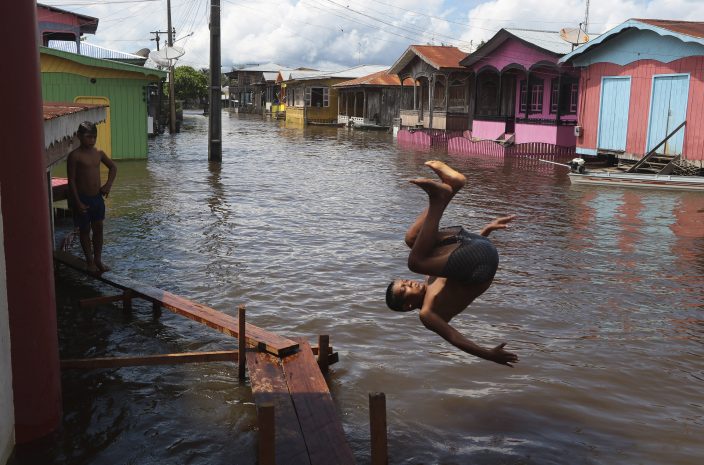 A boy jumps into a flooded street in Anama, Amazonas state, Brazil, Friday, May 14, 2021. Anama, home to residents who live on a tributary of the Solimoes River that flows toward the capital Manaus, is just one municipality of dozens in Amazonas state that has seen life upended by unusual rainfall. (AP PhotoEdmar Barros) 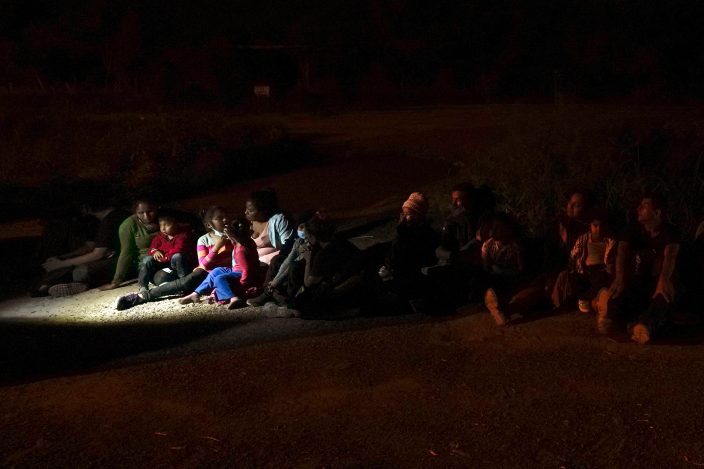 Migrants mainly from Honduras and Nicaragua sit in line after turning themselves in upon crossing the U.S.-Mexico border Monday, May 17, 2021, in La Joya, Texas. The Biden administration has agreed to let up to about 250 people a day in the United States at border crossings with Mexico to seek refuge, part of negotiations to settle a lawsuit over pandemic-related powers that deny migrants a right to apply for asylum, an attorney said Monday. (AP PhotoGregory Bull) 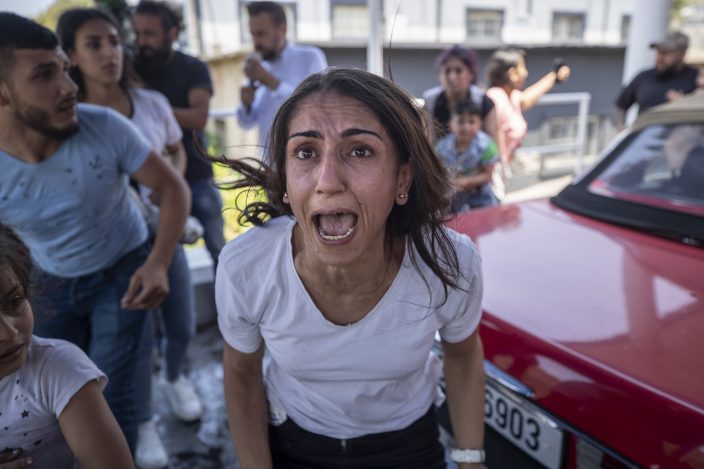 A Syrian woman screams for help for her husband who was injured by stone throwing by members of the Lebanese Forces group, who attacked buses carrying Syrians traveling to vote in the town of Zouk Mosbeh, north of Beirut, Lebanon, Thursday, May 20, 2021. Mobs of angry Lebanese men attacked vehicles carrying Syrians expatriates and those who fled the war heading to the Syrian embassy in Beirut on Thursday, protesting against what they said was an organized vote for President Bashar Assad. (AP PhotoHassan Ammar) 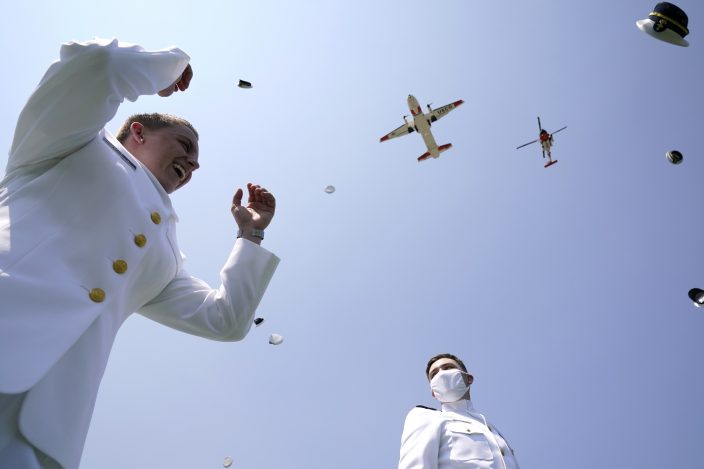 Ensign Charlee Kraiss, left, and Ensign Isaac Lalonde toss their hats in the air as planes fly over at the commencement for the United States Coast Guard Academy in New London, Conn., Wednesday, May 19, 2021. (AP PhotoAndrew Harnik) 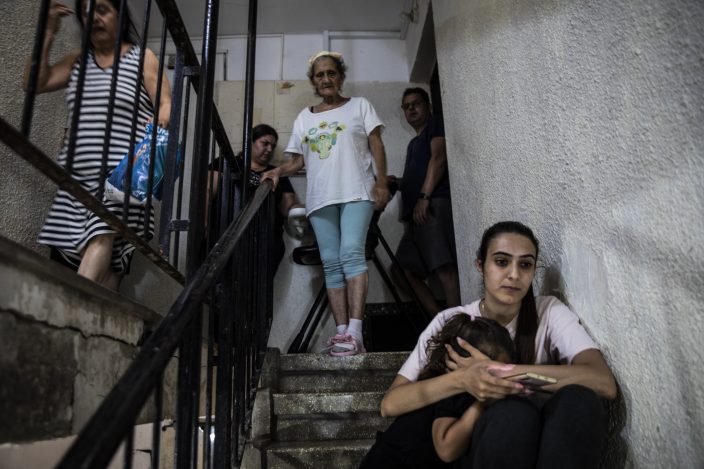 People in Ashdod, Israel take shelter in the stairwell of their apartment building during a siren warning of rockets fired from Gaza to Israel on Tuesday, May 18, 2021. (AP PhotoHeidi Levine) 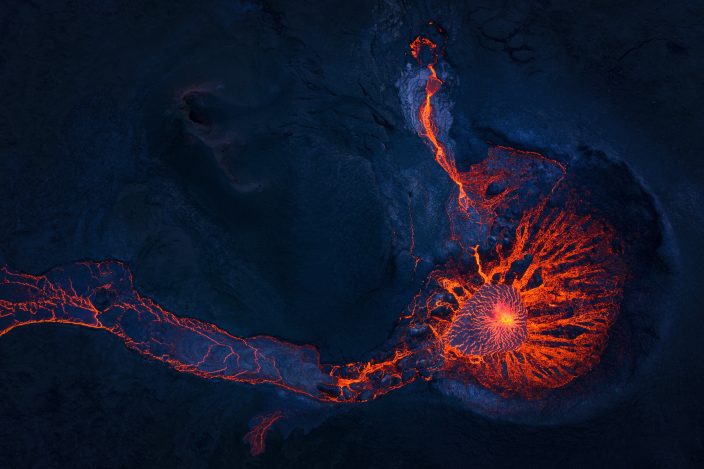 Lava flows from an eruption of the Fagradalsfjall volcano on the Reykjanes Peninsula in southwestern Iceland on Thursday, May 13, 2021. The glow from the bubbling hot lava spewing out of the Fagradalsfjall volcano can be seen from the outskirts of Iceland's capital, Reykjavík, which is about 32 kilometers (20 miles) away. (AP PhotoMiguel Morenatti)