Luka Stojanović scored on a free kick in the 69th minute and the Chicago Fire beat Inter Miami 1-0 on Saturday night for its first victory of the season.

From over 30 yards, Stojanović sent in the free kick with a short bounce. Goalkeeper John McCarthy dove low to the right and attempted to block the shot away, but misjudged and bundled it into the goal.

Miami’s Robbie Robinson left the game due to a leg injury in the 79th minute and Inter Miami (2-3-2), because it had already used all its substitutions, played the rest of the match down a man. 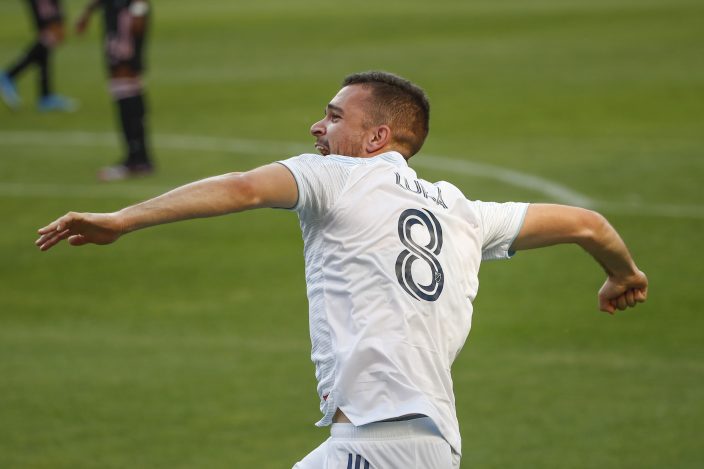 Chicago Fire midfielder Luka Stojanovic (8) celebrates after scoring against Inter Miami during the second half of an MLS soccer match, Saturday, May 22, 2021, in Chicago. (AP PhotoKamil Krzaczynski)

Felipe Mora scored twice in the second half and Portland beat Los Angeles. 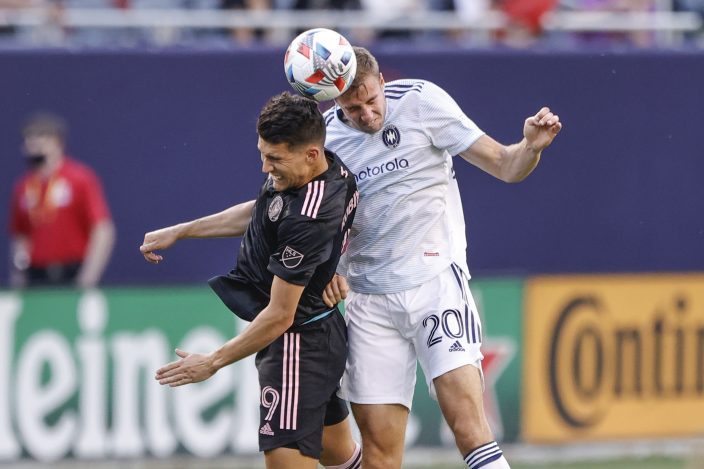 Chicago Fire defender Wyatt Omsberg (20) heads the ball against Inter Miami forward Gonzalo Higuain (9) during the second half of an MLS soccer match, Saturday, May 22, 2021, in Chicago. (AP PhotoKamil Krzaczynski)

Gustavo Vallecilla scored in the 86th minute to lift FC Cincinnati past Montreal.