It was the first playoff game for several Suns players, including Booker, Ayton and Mikal Bridges, but they didn’t look like postseason rookies against LeBron James and the Lakers. They helped Phoenix offset a tough game for veteran All-Star point guard Chris Paul, who didn’t look healthy after a right shoulder injury in the second quarter. 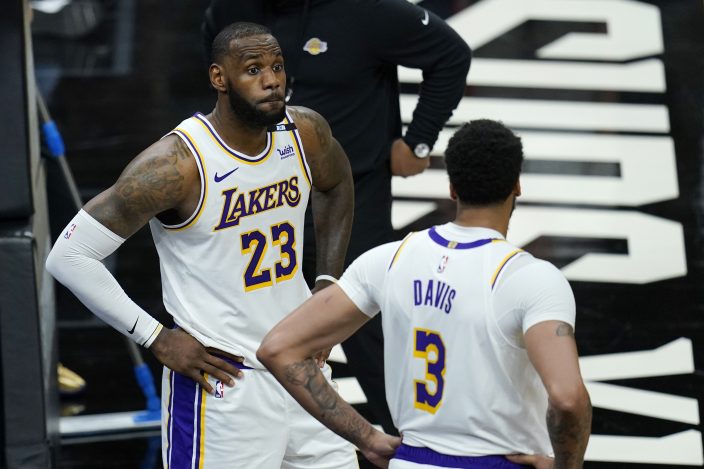 Los Angeles Lakers forwards LeBron James (23) and Anthony Davis (3) pause on the court during the second half of Game 1 of their NBA basketball first-round playoff series against the Phoenix Suns, Sunday, May 23, 2021, in Phoenix. (AP PhotoRoss D. Franklin)

That’s about the time things got a little rowdy. L.A.‘s Alex Caruso and Phoenix’s Cameron Payne got into an altercation near the sideline after Payne knocked Caruso to the ground. L.A.’s Montrezl Harrell jumped into the fray and both teams had to be separated. Caruso and Harrell were each given a technical foul, and Payne was given two technicals and ejected.

But Booker kept making shots and Ayton was a force on the glass, finishing with eight offense rebounds and shooting 10 of 11 from the field. The Lakers never got within striking distance in the final minutes. 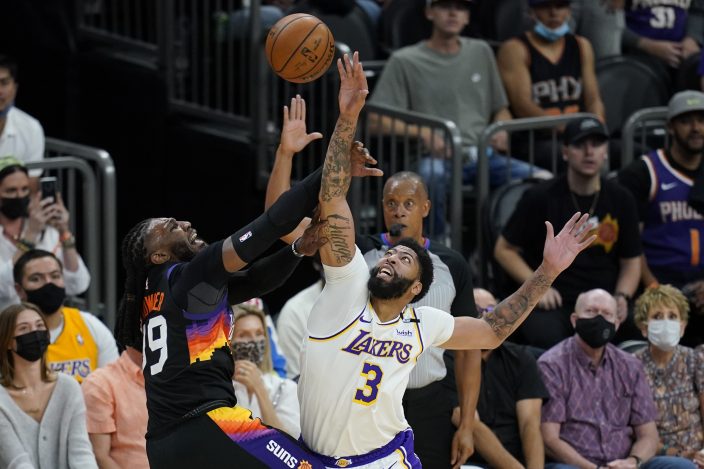 Game 2 is Tuesday night in Phoenix.

Harris scored 28 points in the first half, making a case Philly has — with All-Stars Embiid and Ben Simmons — three big stars that could rival the superstar trio of Kevin Durant-James Harden-Kyrie Irving in Brooklyn. 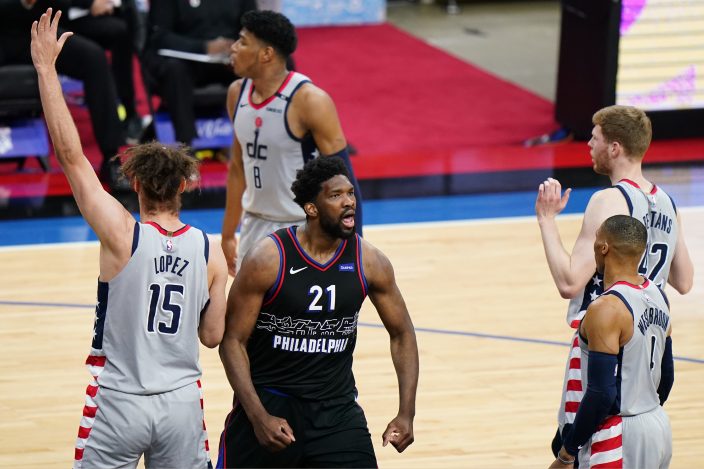 Philadelphia 76ers' Joel Embiid (21) reacts after being fouled during the first half of Game 1 of a first-round NBA basketball playoff series against the Washington Wizards, Sunday, May 23, 2021, in Philadelphia. (AP PhotoMatt Slocum)

Game 2 is Wednesday night in Philadelphia.