Josef Martínez converted a penalty kick in the 86th minute to help Atlanta United tie the Seattle Sounders 1-1 on Sunday.

Atlanta (2-1-3), which had won back-to-back games and is unbeaten in three straight, had 63% possession and snapped the Sounders’ four-game win streak.

Brooks Lennon drew a foul, conceded by Brad Smith, in the area and Martínez scored from the spot to make it 1-all. 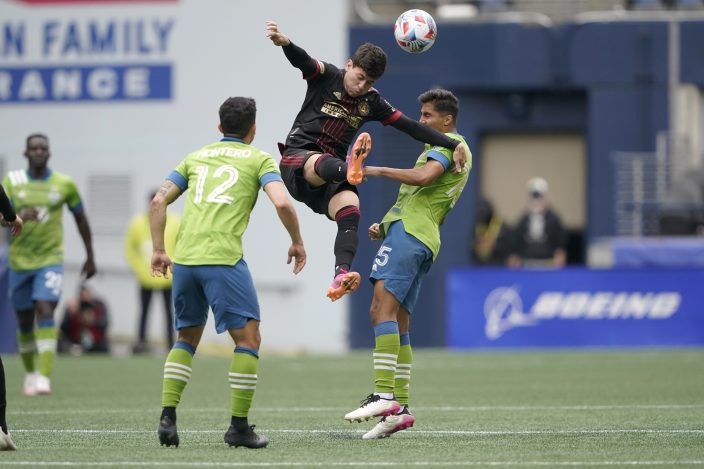 Atlanta United midfielder Matheus Rossetto, center leaps between Seattle Sounders' Fredy Montero (12) and Danny Leyva, right, during the second half of an MLS soccer match, Sunday, May 23, 2021, in Seattle. The match ended in a 1-1 tie. (AP PhotoTed S. Warren)

Raúl Ruidíaz headed home a corner kick by João Paulo to give Seattle (5-0-2) the lead in the sixth minute. Ruidíaz has six goals this season.

Kacper Przybylko scored in first-half stoppage time and Andre Blake had four of his seven saves in the second half to help Philadelphia hold off D.C. United. 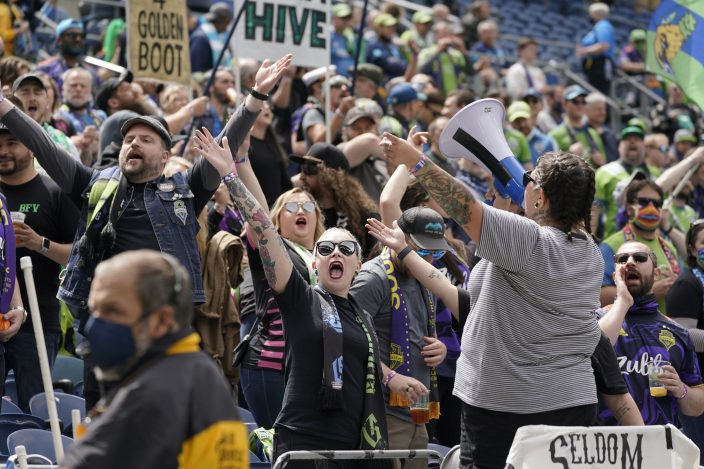 Seattle Sounders supporters cheer in the Emerald City Supporters section that was reopened without social distancing to fans vaccinated against COVID-19 before an MLS soccer match between the Sounders and Atlanta United, Sunday, May 23, 2021, in Seattle. (AP PhotoTed S. Warren)

Jamiro Monteiro flicked a weighted pass into the penalty area and Przybylko settled it with his first touch for a close-range finish to help Phildelphia improve to 3-2-2.