Thailand placed barbed wire and checkpoints in several southern villages along the Malaysian border Monday after identifying a cluster of infections with a coronavirus variant that's believed to spread faster.

The lockdown came as Prime Minister Prayuth Chan-ocha sought to assure people that his government could manage a recent surge as it is set to start a national vaccination campaign next month.

“Please understand that we can manage this,” Prayuth said as he received the second dose of his coronavirus vaccine. 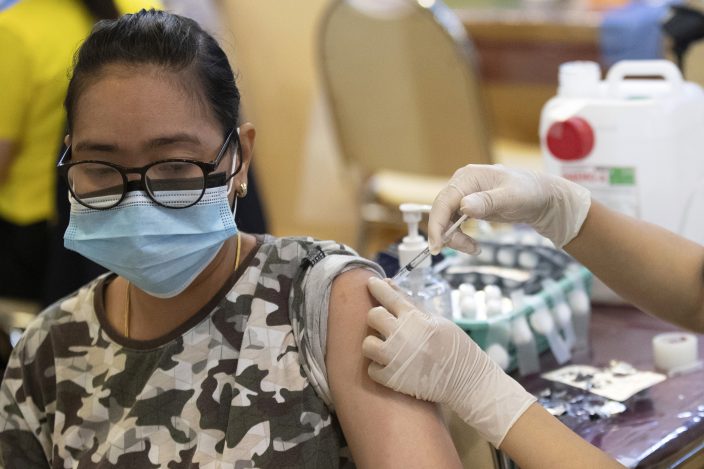 A health worker administers a dose of the Sinovac COVID-19 vaccine to a woman at a shopping mall in Bangkok, Thailand, Monday, May 24, 2021. (AP PhotoSakchai Lalit)

Also Monday, the agency managing Thailand's coronavirus response reported 2,713 new cases and 30 more deaths. It raised the nation's totals to 132,213 cases and 806 deaths, the overwhelming majority of them occurring since April 1.

Bangkok reported 951 of the new cases, mostly bunched in inner districts of the capital, said Apisamai Srirangsan, a deputy spokeswoman for the COVID-19 response center. Many of the cases in Bangkok have been in prisons and housing barracks for construction workers.

In Thailand’s far southern Narathiwat province, security forces sought to isolate about a dozen villages where the variant first discovered in South Africa was detected last week. The person infected with the variant is believed to have crossed the border from Malaysia, which is also experiencing a coronavirus surge. 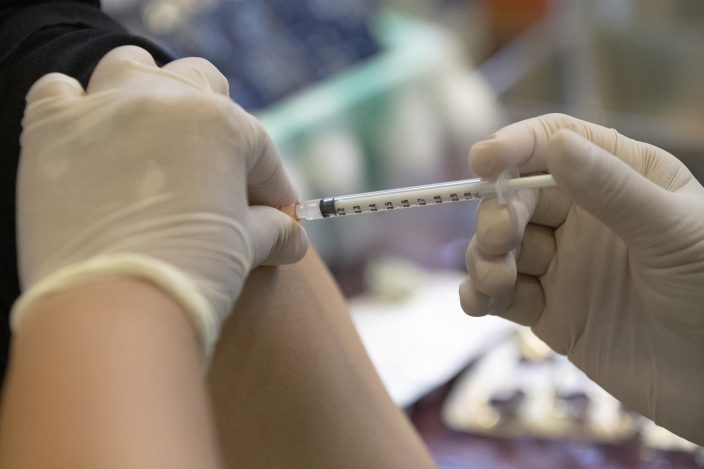 A health worker administers a dose of the Sinovac COVID-19 vaccine to a person at a shopping mall in Bangkok, Thailand, Monday, May 24, 2021. (AP PhotoSakchai Lalit)

Thailand previously said it had found its first cases of the virus variant discovered in India, among infected construction workers in Bangkok. And a health official said last week 87% of recent cases in Thailand were from a variant identified in Britain.

Health officials worry the variants are more contagious and that some vaccines are not as effective against the variants.

The largest infection cluster was found in Narathiwat's Takbai district, where proactive testing was ordered, according to Narathiwat Provincial Public Health Office. It ordered a complete lockdown on the entire district, and in affected villages from May 23 until further notice. 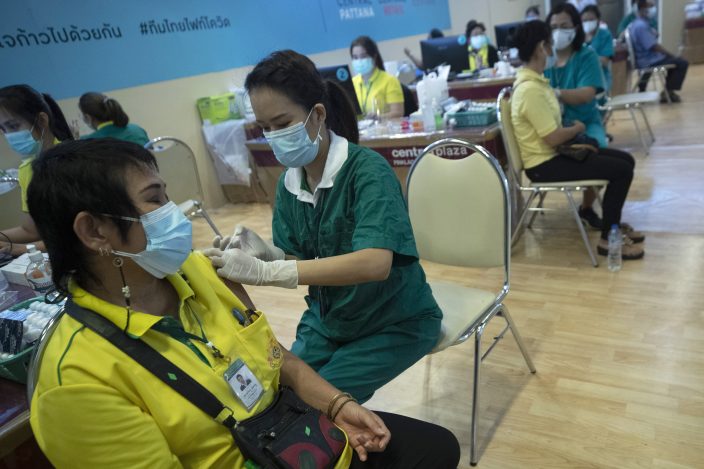 Thailand will begin its national vaccination campaign on June 7 and hopes to vaccinate 70% of the estimated 70 million people living in the country by the end of the year. It has administered 2.91 million doses so far, using the vaccines from AstraZeneca and China’s Sinovac.

Health officials have called on the government to diversify its vaccine procurement. 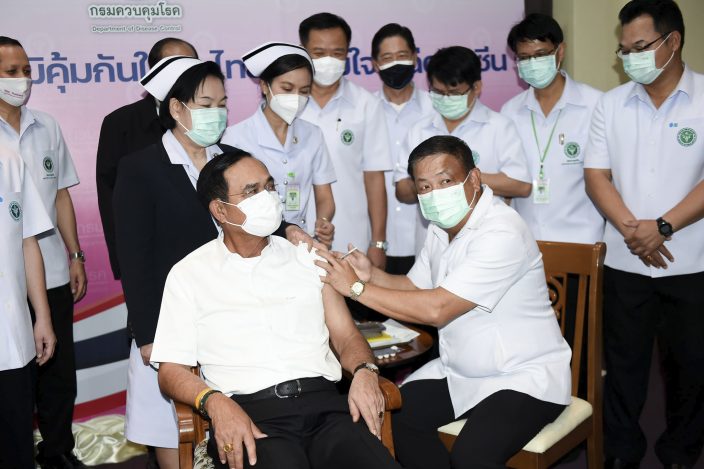 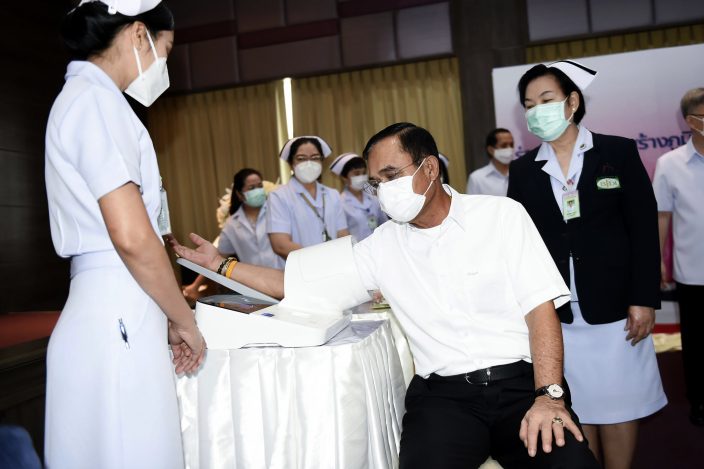