Four overtimes. A total of 191 minutes, 4 seconds of hockey. Two hundred and fourteen shots on goal.

“Got to be mentally tough. You’ve got to stay ultra-focused and your detail has to be very sharp,” said Ryan Johansen, whose Predators won consecutive double-overtime games in Nashville to tie their Central Division playoff series against Carolina at two wins apiece. “All we’re going to do now is prepare for Game 5 and get some rest.” 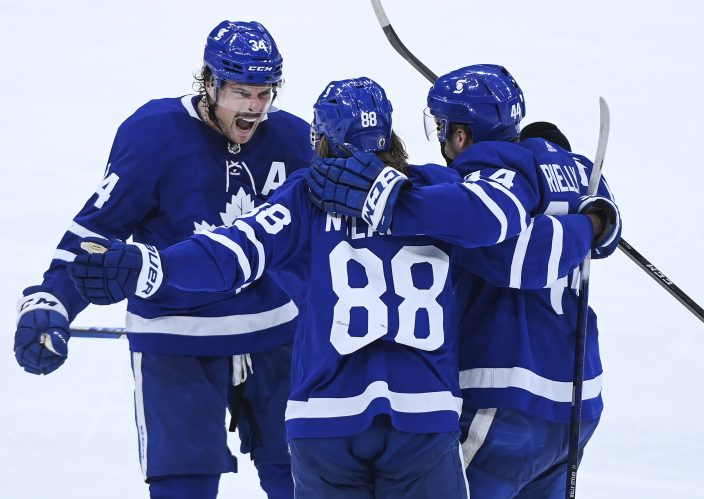 Nashville goalie Juuse Saros tied the franchise record for saves in Game 3, and then set the mark with 58 saves Sunday. He is the second goalie since 1956 to record 50-plus saves in consecutive playoff games, joining Curtis Joseph (1993).

Saros’ 184 shots and 171 saves is the most for any goalie this postseason.

“He’s been our best player all year,” forward Luke Kunin said. “He’s a beast back there and we just want to help him out as much as we can.” 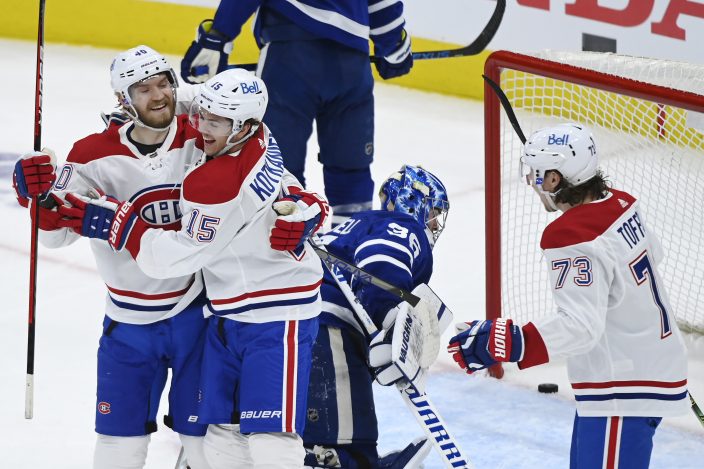 In the only NHL playoff series that has followed form, the Hurricanes are expecting the support from about 12,000 fans to push them to a victory in Game 5 on Tuesday night. Each of the first four games of the series has been won by the home team.

“We’re starting over. And we’re at home,” Carolina coach Rod Brind’Amour said. “I thought I was going to have to pick the pieces up a little bit today, and I didn’t. ... It’s a tough way to lose, when you give everything like that.”

The four overtimes in about 42 hours left the teams gasping for breath. They wouldn’t mind a little breathing room, either: Each of the first four games has been tied or within one goal into the third period or beyond.

The Hurricanes have been without top defenseman Jaccob Slavin since the series-opening win; Brind’Amour said Slavin will “try it” on Tuesday but remains a game-time decision.

The first playoff series between the Maple Leafs and Canadiens since 1979 moves to Montreal, where the city remains under a curfew until Friday. The province of Quebec would allow 2,500 fans into the Bell Centre on Sunday if the series makes it to a Game 6 — the first NHL crowd in the country in over a year.

“We’re happy to get one on the road there. It’s not easy,” Montreal defenseman Brett Kulak told The Canadian Press. “We played them well, we thought, and we’re excited to get back at it here at home.”

The light schedule for Tuesday night is compliments of two quick series: Boston’s five-game victory over Washington, and Colorado’s sweep of the Blues.

The Bruins are taking two days off while they wait for the Islanders and Penguins to finish.

Boston general manager Don Sweeney said Monday that defenseman Kevan Miller is “still early in his recovery phase” as he recovers from a high hit from Dmitry Orlov in Game 4.

Fellow defensemen Jeremy Lauzon and Jakub Zboril could return in the second round.

“Our hope is they will both be available for next series,” Sweeney said. “Until they’re into practice with the main group we won’t really know. But hopefully we’ll get a little extra time and they can move along in the healing process.”

The Avalanche trailed for only 7:12 over the four games against St. Louis and now await the winner of the Vegas-Minnesota series.