Hamas’ leader in the Gaza Strip on Wednesday said 80 militants were killed during the 11-day war with Israel that ended last week, providing the group’s first official tally for losses sustained in the fighting.

Gaza’s Hamas-run Health Ministry has put the number of Palestinians killed in the Israeli offensive this month at 254, including 66 children, 39 women, and 17 people above the age of 60. But it did not give a breakdown between civilians and combatants.

Speaking to The Associated Press, Hamas leader Yehiyeh Sinwar said those killed last week included 57 members of his group’s armed wing, 22 members of the smaller Islamic Jihad group and one member of a small group called the Popular Resistance Committees. 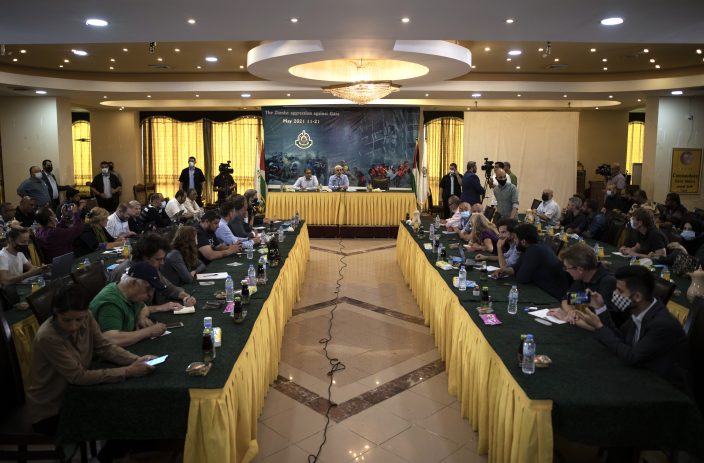 Hamas presented a list from the Health Ministry identifying women and children who died. The oldest was a 90-year-old man, while there were eight children aged 2 or under. The list has not been independently verified, but many of the names were already well known.

Twelve people were killed in Israel -- mostly from rocket fire -- and all but one were civilians.

As with previous rounds of fighting, the number of civilian deaths has become an issue of dispute between Israel and the Palestinians. 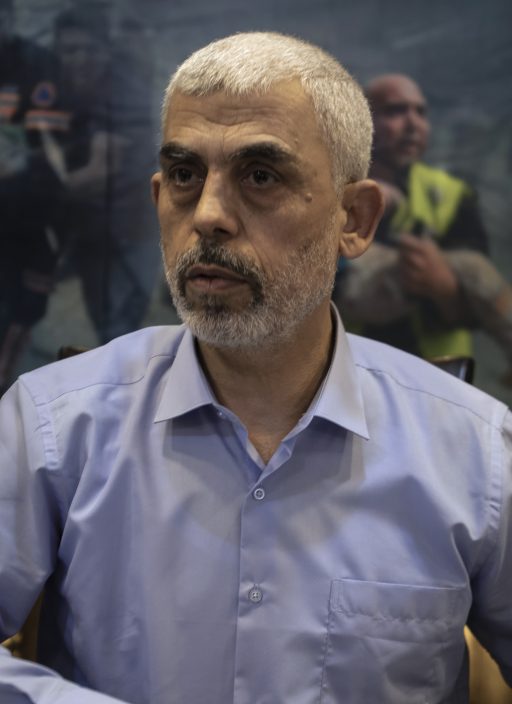 Israeli Prime Minister Benjamin Netanyahu has claimed that some 200 militants were killed but has not provided any evidence backing up the figures.

The International Criminal Court has launched an investigation into possible war crimes by both Hamas and Israel — including the possibility of disproportionate force by Israel and indiscriminate rocket fire by Hamas.

Israeli officials say any civilian casualties are unintended and that the army takes great effort to avoid them. They accuse Hamas of putting civilians in danger by launching rockets from residential areas and inviting Israeli reprisals. They also note that Hamas rockets are fired indiscriminately toward Israeli population centers. 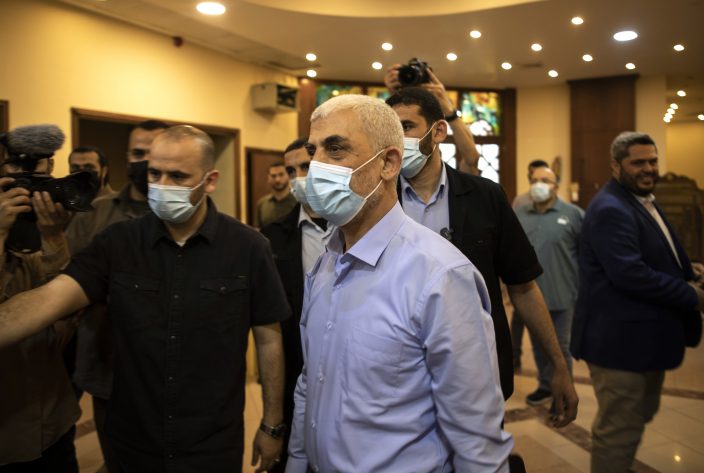 During the latest round of fighting, Israel said it targeted only Hamas’ military infrastructure and accused the group of taking shelter in residential areas and digging tunnels beneath houses. Some 1,000 buildings, including four high-rise towers, were destroyed, according to U.N. estimates. Israel says the buildings were either used as militant command centers or used to hide tunnels.

Sinwar denied the Israeli claims. “It is lying when it says there are military targets in these areas or under the ground,” he said.

One of the high-rise buildings hit by Israel housed The Associated Press' offices in Gaza. Israel has said Hamas military intelligence used the building, though it has not publicly presented any evidence backing up the claim. 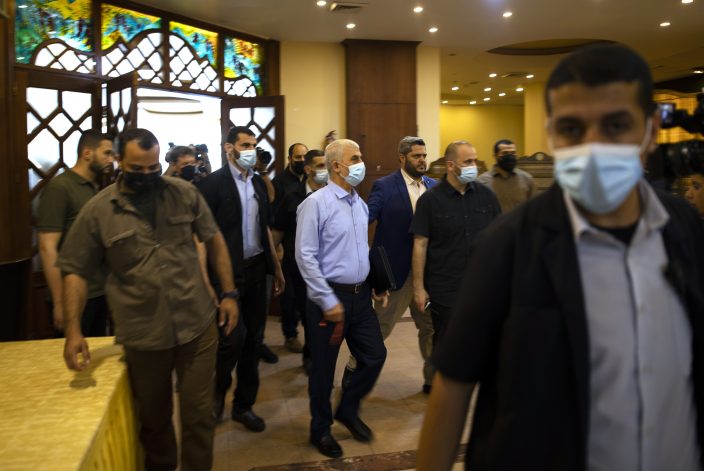 AP's president and chief executive, Gary Pruitt, has said the agency had no indication of a Hamas presence in the building and was never warned of any possible presence. He has urged Israel to present its evidence and called for an independent investigation into the destruction of the building.

Sinwar, meanwhile, also denied Israeli claims that it had killed scores of militants in a late-night maneuver during the fighting.

On May 13, Israel scrambled forces along the Gaza border and told some media that it had launched a ground campaign in what reportedly was a ruse meant to send militants into hiding in the tunnels. Israel then heavily bombed the tunnel area, claiming to have inflicted heavy casualties.

Sinwar said Hamas recognized the “trick” and ordered militants to evacuate the tunnels. He said none of his fighters were killed. “This is a lie for which you should bring the occupation accountable,” he told foreign reporters.

He said, however, that 18 Hamas militants were killed in a tunnel several days earlier in a different part of Gaza. Their bodies were recovered after the cease-fire took effect, he said.

Hamas is an Islamic militant group that seeks Israel’s destruction. It has fought four wars and numerous skirmishes against Israel since seizing control of the Gaza Strip from the internationally recognized Palestinian Authority in 2007.

The latest round of fighting was triggered by weeks of clashes in Jerusalem between Israeli police and Palestinian protesters in and around the Al-Aqsa Mosque, one of Islam’s holiest sites. The protests were directed at Israel’s policing of the area during the Muslim holy month of Ramadan and the threatened eviction of dozens of Palestinians by Jewish settlers in the Arab neighborhood of Sheikh Jarrah.

Hamas initiated the war by launching a barrage of long-range rockets toward Israel. Despite the heavy damage to Gaza, Sinwar said his group would never recognize Israel and was ready to fight again over Jerusalem.

“If the whole world doesn’t move to stop and put a limit to the actions of the occupation in Al-Aqsa mosque, Sheikh Jarrah and the holy city in general, it will be a reason to ignite a big religious war in the region,” he said.

Palestinians say Israel has eased some restrictions on Gaza