There is no place like home for the Nashville Predators trying to avoid elimination.

The Predators return to “Smashville” for Game 6 against the Carolina Hurricanes on Thursday night needing a win to force a deciding Game 7 in the first-round series. They will play in front of 14,100 fans, 2,000 more than the crowd for Games 3 and 4 that already sounded like a full-barn sellout.

“We’re excited to go home," captain Roman Josi said after losing Game 5 in overtime. "Those two games at home were unbelievable. The crowd obviously always gives us extra boost at home, and we know it’s going to be rocking in there. Yeah we got to go home and win one at home.” 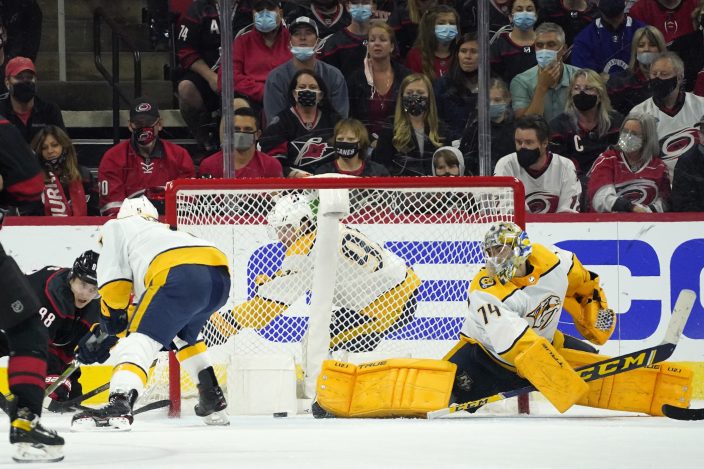 A positive trend for Nashville in Game 6 (9:30 p.m. EDT, NBC Sports Network) is that the home team is undefeated this series. Carolina already has approval to allow more than 15,000 fans for a potential Game 7 in Raleigh.

“I think we’re programmed, we’re ready,” Nashville coach John Hynes said. “Our guys respond. I think we’ll certainly be ready to go for Game 6 and really excited about the opportunity we have in front of us here.”

That opportunity became a tougher task when top defenseman Jaccob Slavin returned to the Hurricanes lineup for Game 5 after missing the previous three with a lower-body injury. Slavin assisted on the tying goal with 7:05 left in regulation and made a crucial pass on Jordan Staal's OT winner. 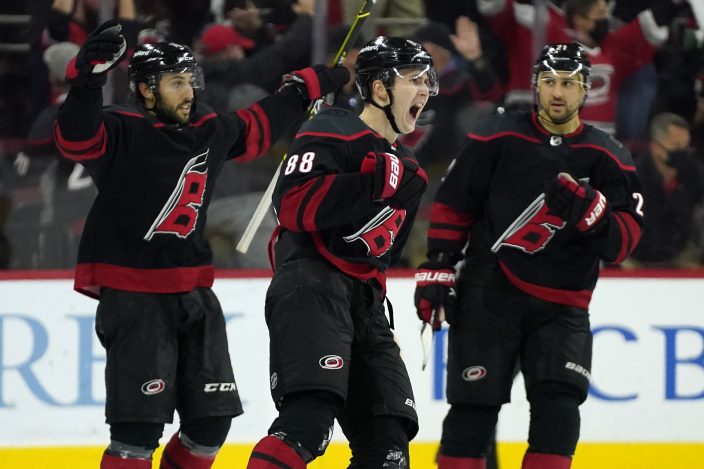 “We’ve obviously missed that,” coach Rod Brind'Amour said. “On the game-winning goal, he’s out there making a little play that allowed us to get a chance. He’s an elite defender and you take that out of anybody’s lineup, that’s going to be missed big time.”

Carolina has outshot Nashville 223-178, an average of almost 10 a game. That has put the onus on Predators goaltender Juuse Saros, who helped steal Games 3 and 4 with 52 and 56 saves, respectively.

Nashville, which is 5-5 at home in a Game 6 in franchise history, has to tilt the ice more away from Saros to put pressure on Hurricanes rookie goaltender Alex Nedeljkovic. 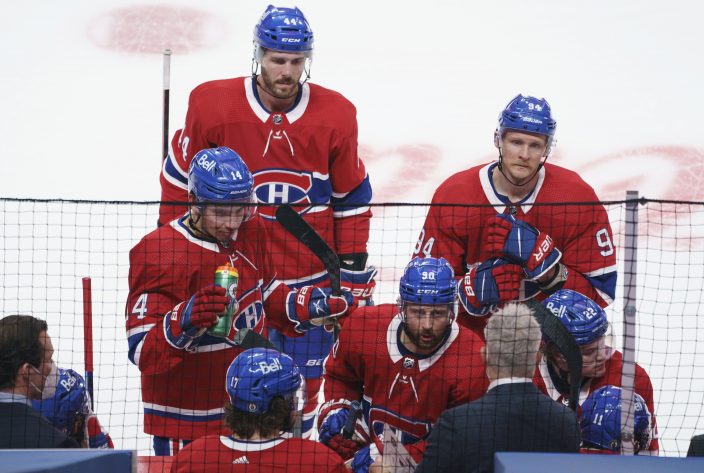 “We know what we need to do, and we’ve been through this before," Hynes said.

The Canadiens need to win at Toronto to save their season and get a home game with some fans back in Montreal for Game 6 on Saturday. If that happens, the limited-capacity crowd of 2,500 at Bell Centre would mark the first sporting event with fans in Canada since the pandemic began. 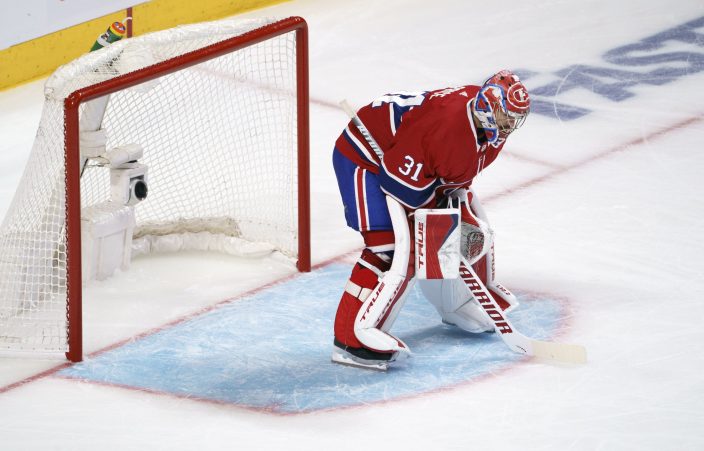 Montreal Canadiens goaltender Carey Price pauses during a break in play in the final moments of the third period of Game 4 of an NHL hockey Stanley Cup first-round playoff series against the Toronto Maple Leafs Tuesday, May 25, 2021 in Montreal. (Paul ChiassonThe Canadian Press via AP)

Beating the Maple Leafs to stave off elimination is the only way to make that happen.

"That’s definitely one of the factors and one of the reasons why we really want to win," Montreal leading scorer Tyler Toffoli said. “We’ve definitely missed it this year, the entire season. To get the opportunity to be able to play in front of even the small amount that's going to be allowed, it’s huge and will be a lot of fun.”

What wasn't as fun for the Canadiens was getting shut out 4-0 in an empty home rink Tuesday to be pushed to the brink. Asked the most important thing his team needed to do to win Game 5 in Toronto, defenseman Ben Chiarot deadpanned: “Put the puck in the net.” 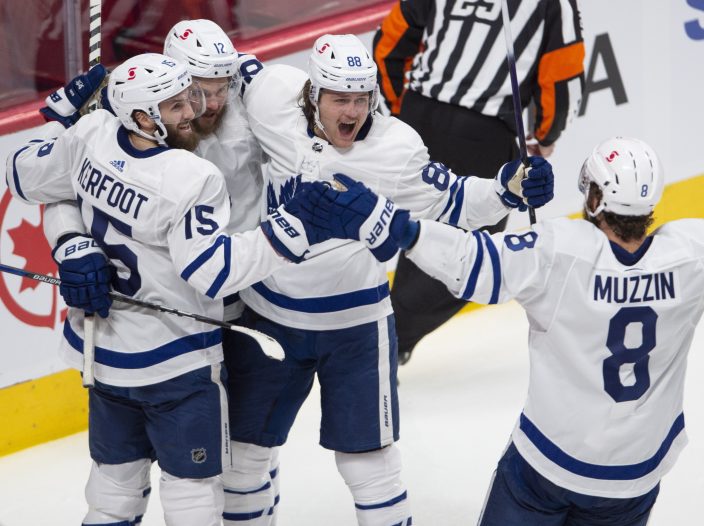 Awaiting the series winner will be the Winnipeg Jets after their surprising sweep of the Edmonton Oilers. Forward Andrew Copp watched Game 4, wanting to check Toronto's line combinations without injured captain John Tavares and some player tendencies before second-round prep begins in earnest.

“It’s not like I’m watching details and writing notes down — I think it's kind of general things that they do,” he said. “There’s definitely a little bit more of an eye on it now that we know we’re playing the winner of it.”