From a supporter of Syrian President Bashar Assad preparing to release hundreds of balloons with the colors of the Syrian flag at a gathering in the Syrian capital of Damascus, to demonstrators marching across the Brooklyn Bridge as they remember George Floyd on the one-year anniversary of his death, and an Indian woman separating grain from the husk in a paddy field ​on the outskirts of Gauhati, India, this photo gallery highlights some of the most compelling images made or published in the past week by The Associated Press from around the world. 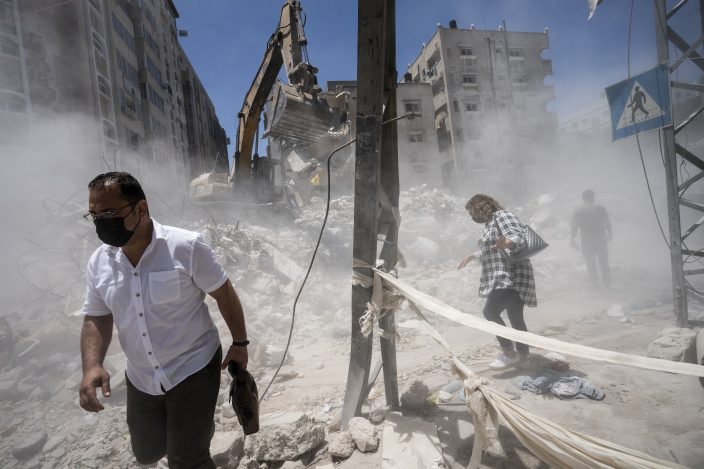 Pedestrians pass through clouds of dust as heavy construction equipment is used to sift through rubble to uncover valuables before it is transported away from the scene of a building destroyed in an airstrike prior to a cease-fire that halted an 11-day war between Gaza's Hamas rulers and Israel, Thursday, May 27, 2021, in Gaza City. (AP PhotoJohn Minchillo) 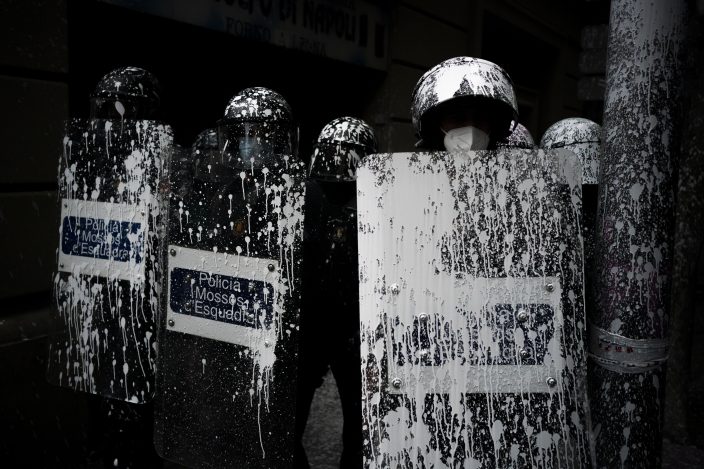 Riot police officers covered by paint thrown by protesters stand guard as activists try to stop the eviction of Axel Altadill, 28 from his apartment in Barcelona, Spain, Tuesday, May 25, 2021. Altadill has been accused of squatting in the apartment since January 2019. (AP PhotoJoan Mateu) 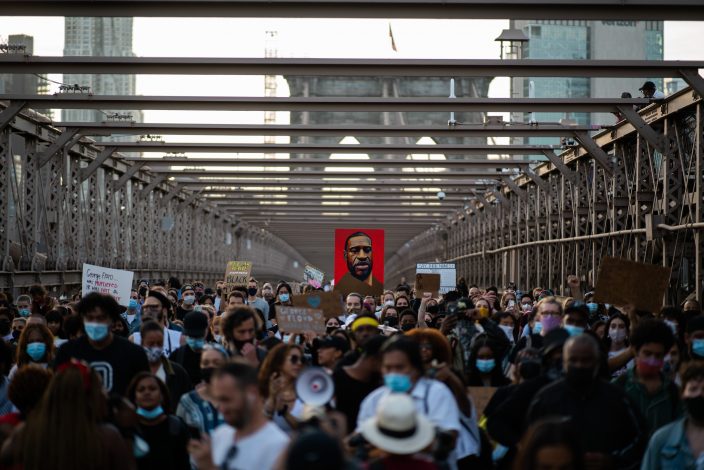 Demonstrators march across the Brooklyn Bridge as they remember George Floyd on the one-year anniversary of his death, Tuesday, May 25, 2021, in New York. (AP PhotoEduardo Munoz Alvarez) 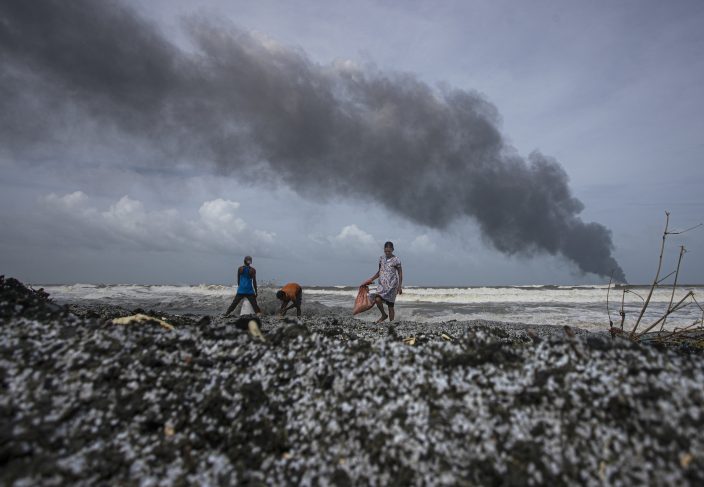 Impoverished Sri Lankans salvage wreckage washed off to the shore from the burning Singaporean ship MV X-Press Pearl which is anchored off Colombo port at Kapungoda, outskirts of Colombo, Sri Lanka, Wednesday, May 26, 2021. A fire on the container ship carrying chemicals raged off Sri Lanka for a sixth day Wednesday and India sent vessels to help douse the blaze, officials said. (AP PhotoEranga Jayawardena) 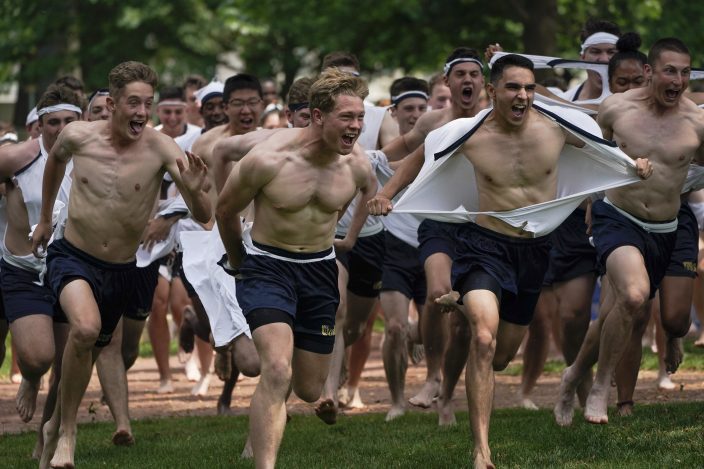 Midshipmen 4th Class from the 14th Company rip their shirts as they run toward the Herndon Monument during the Herndon Monument Climb at the U.S. Naval Academy, Saturday, May 22, 2021, in Annapolis, Md. Freshmen, known as Plebes, participate in the climb to celebrate finishing their first year at the academy. The climb, which took 3:41 hours to complete, was reached when Midshipman 4th Class Michael Lancaster, 19, center, of Signal Hill, Tenn., of the 14th Company, placed a cover atop the monument. (AP PhotoJulio Cortez) 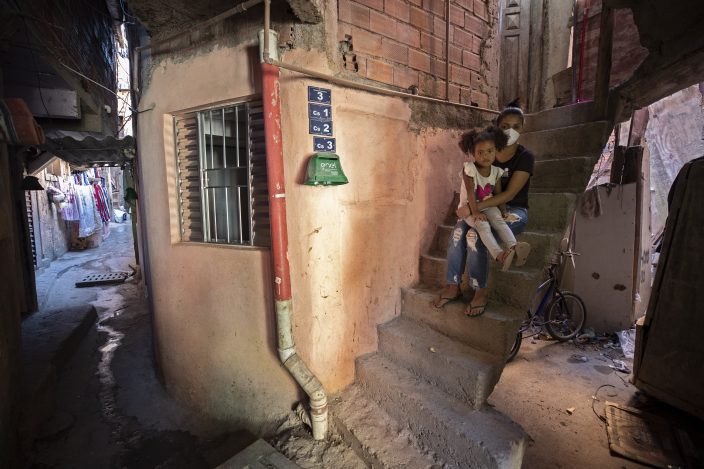 Ana Carolina Silva, who lost her job during the COVID-19 pandemic, sits with her daughter Cataleia outside her home in the Paraisopolis favela of Sao Paulo, Brazil, Monday, May 24, 2021. (AP PhotoAndre Penner) 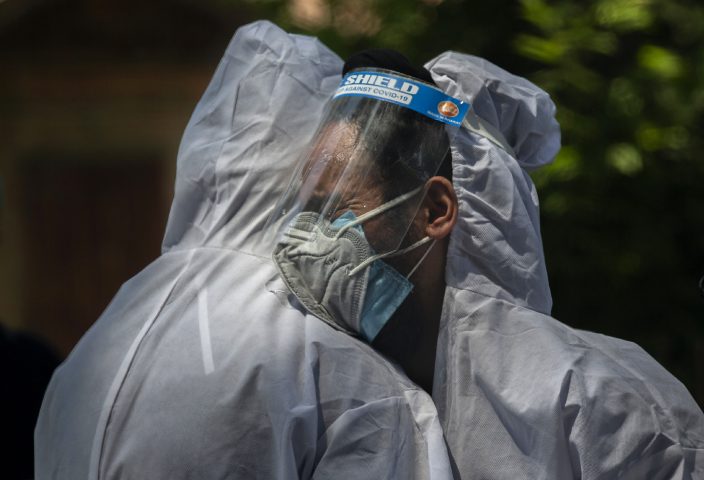 A relative comforts the wailing son of a person who died of COVID-19, at a crematorium in Srinagar, Indian controlled Kashmir, Friday, May 28, 2021. India's death toll is the third-highest reported in the world after the U.S. and Brazil. (AP PhotoDar Yasin) 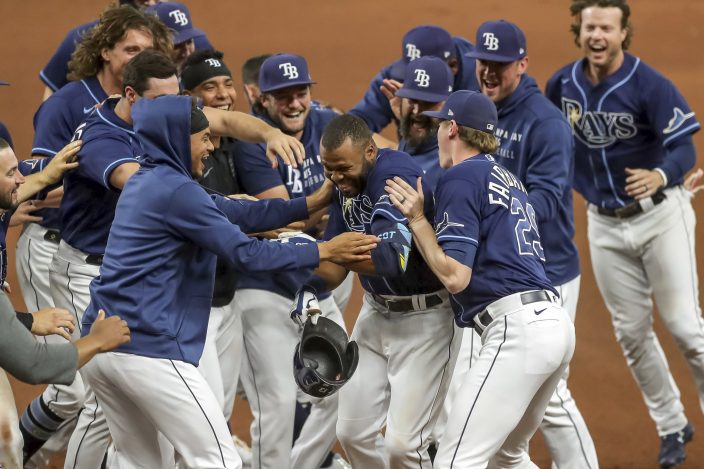 Tampa Bay Rays' Manuel Margot, center, is congratulated by teammates after his game-winning single against the Kansas City Royals during the 10th inning of a baseball game Wednesday, May 26, 2021, in St. Petersburg, Fla. The Rays won 2-1. (AP PhotoMike Carlson) 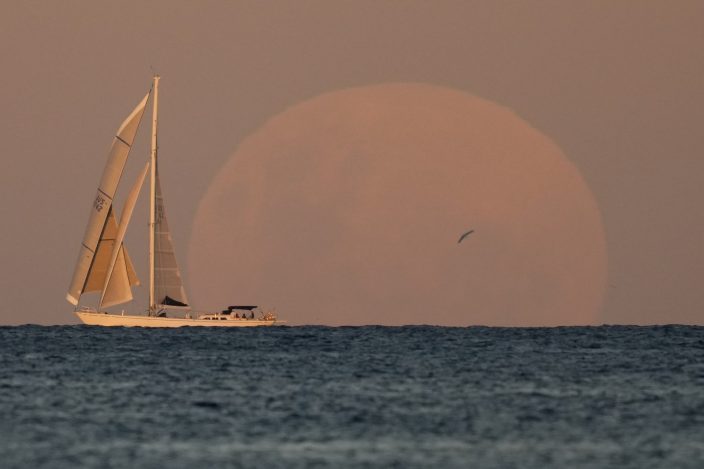 A yacht sails past as the moon rises in Sydney Wednesday, May 26, 2021. A total lunar eclipse, also known as a super "blood" moon will take place later as the moon appears slightly reddish-orange in color. (AP PhotoMark Baker) 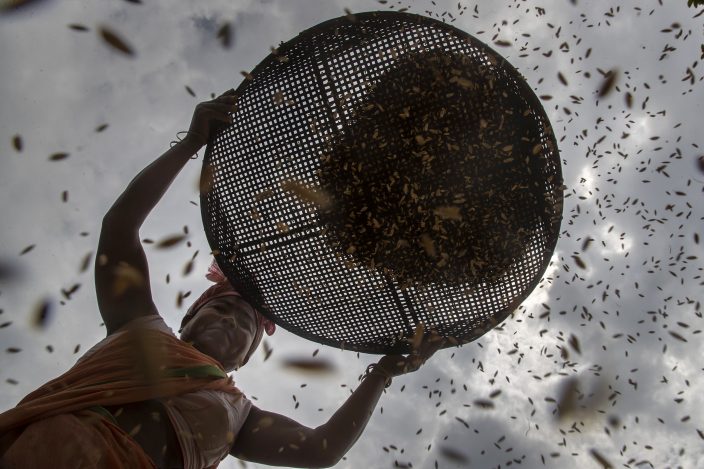 An Indian woman separates grain from the husk in a paddy field ​on the outskirts of Gauhati, India, Friday, May 28, 2021. (AP PhotoAnupam Nath) 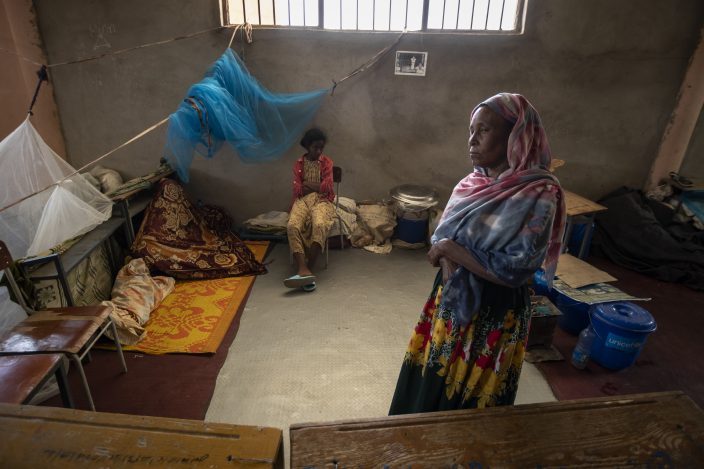 A Tigrayan girl and woman pause in the classroom where they now live at an elementary school used as a camp for the internally-displaced in the town of Abi Adi, in the Tigray region of northern Ethiopia Tuesday, May 11, 2021. Despite claims by both Ethiopia and Eritrea that they were leaving, Eritrean soldiers are in fact more firmly entrenched than ever in Tigray, The Associated Press has found. (AP PhotoBen Curtis) 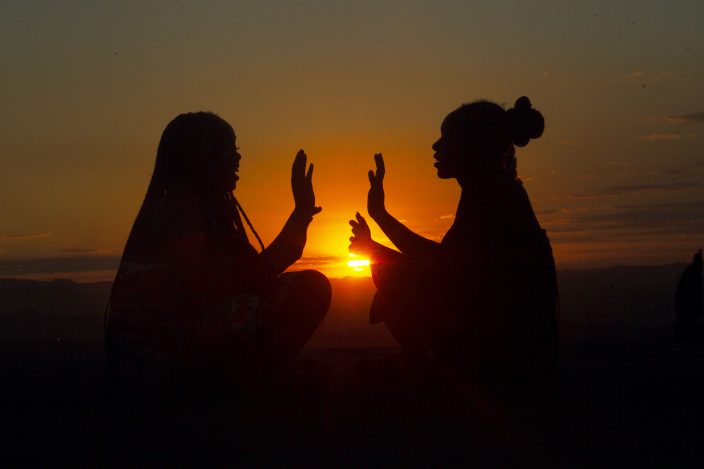 Two girls have fun while playing on top of a hill at sunset on Africa Day in Harare, Tuesday, May, 25, 2021. Zimbabwe marked Africa Day along with the rest of the continent, by celebrating the progress that Africa has made while reflecting upon the common challenges that the continent faces in a global environment.(AP PhotoTsvangirayi Mukwazhi)