Thailand reported a record number of new coronavirus cases on Monday as the governor of Bangkok announced an easing of some restrictions in effect for more than a month — including people visiting parks for exercise.

Thailand has been fighting to deal with a virus surge that began in early April in a group of nightclubs in Bangkok and has since spread around the country.

The Center for COVID-19 Situation Administration reported a record 5,485 new cases, of which 1,953 were in prisons. Confirmed deaths increased by 19 to bring the total to 1,031 since the pandemic began last year. 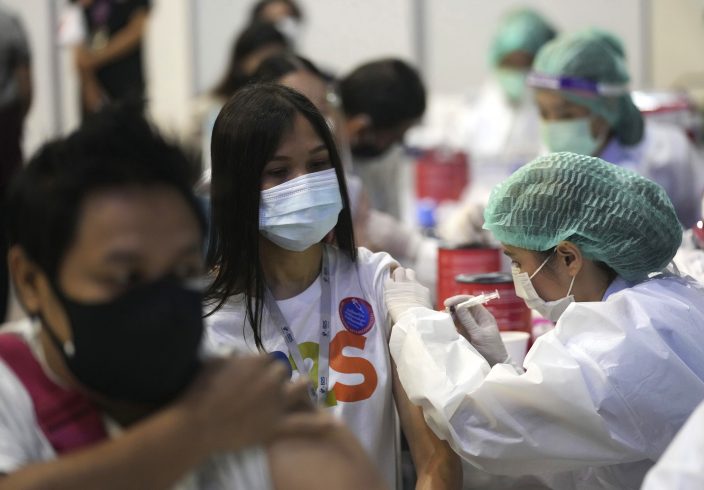 A health worker administers a dose of the Sinovac COVID-19 vaccine to a woman in Bangkok, Thailand, Monday, May 31, 2021. (AP PhotoSakchai Lalit)

The total number of confirmed cases has now risen to 159,792, of which 82% occurred during the latest surge. Many of the cases are concentrated in prisons, housing for construction workers, factories, slums and low-income housing areas. Officials have in some cases been criticized for allowing companies to isolate and quarantine workers inside factories.

Bangkok, which has been a hot spot in the outbreak, reported 1,356 of the cases on Monday. CCSA deputy spokeswoman Apisamai Srirangsan said the capital currently has 45 clusters to deal with. 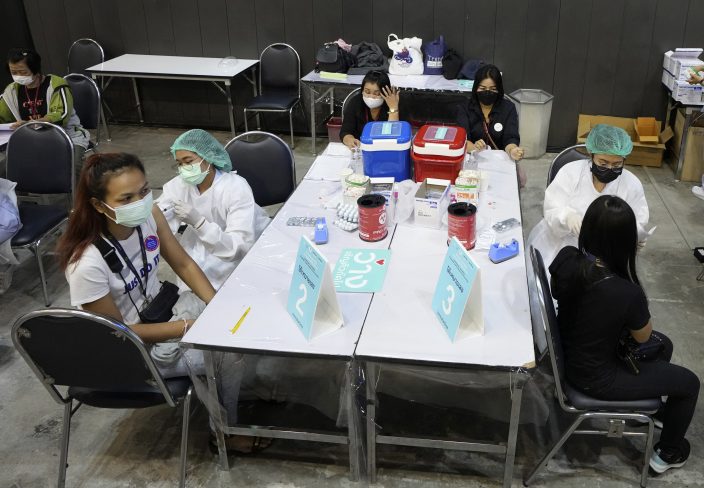 Schools, bars, nightclubs and entertainment venues will remain closed, but tattoo parlors, nail salons, beauty and weight loss clinics, and some massage parlors will be allowed to reopen with restrictions on the number of clients.

Thailand had been considered a success story last year for largely containing the virus, though at great economic cost, especially to its tourism sector, because foreign visitors were largely banned from entering the country.

So far, about 3.3% of the country’s roughly 69 million people have received at least one vaccine dose. The government has secured just 7 million vaccine doses in total. 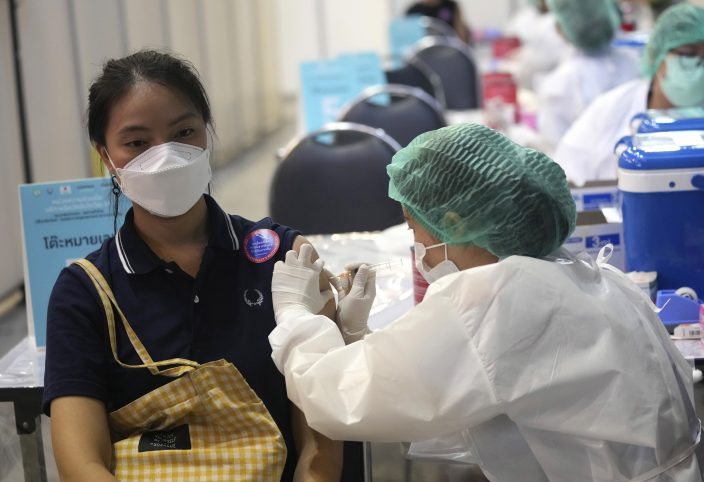 A health worker administers a dose of the Sinovac COVID-19 vaccine to a woman in Bangkok, Thailand, Monday, May 31, 2021. (AP PhotoSakchai Lalit)