The early departure of seeded players in the women's tournament continued at the French Open as third-seeded Aryna Sabalenka was upset by Anastasia Pavlyuchenkova on Friday in the third round of the clay-court Grand Slam.

The women’s side at Roland Garros is now without its top three seeds after Sabalenka lost 6-4, 2-6, 6-0.

Sabalenka had been the highest remaining seed after top-ranked Ash Barty retired from her second-round match injured on Thursday. Second-seeded Naomi Osaka withdrew after the first round, saying she is taking a break from competition for mental health reasons. 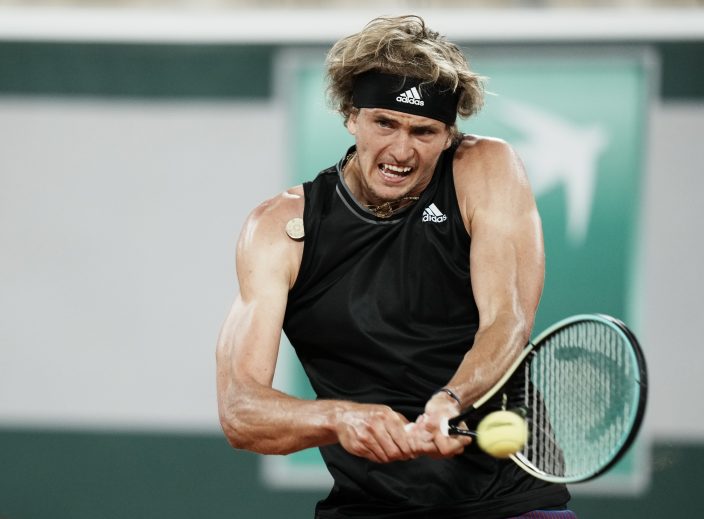 The fourth-seeded Sofia Kenin is now the highest-seeded player in the fray.

Pavlyuchenkova had lost to Sabalenka in straight sets in the Madrid semifinals last month. This time, she made the most of her rival's erratic display — Sabalenka hit 39 unforced errors — to reach the fourth round for the first time since she made it to the quarterfinals in Paris a decade ago.

“That was a while ago," the 31st-seeded Pavlyuchenkova said. “I'm enjoying much more now every point (in) the tough matches than I used to before. I guess that also (is) the reason why I’m still here in the second week." 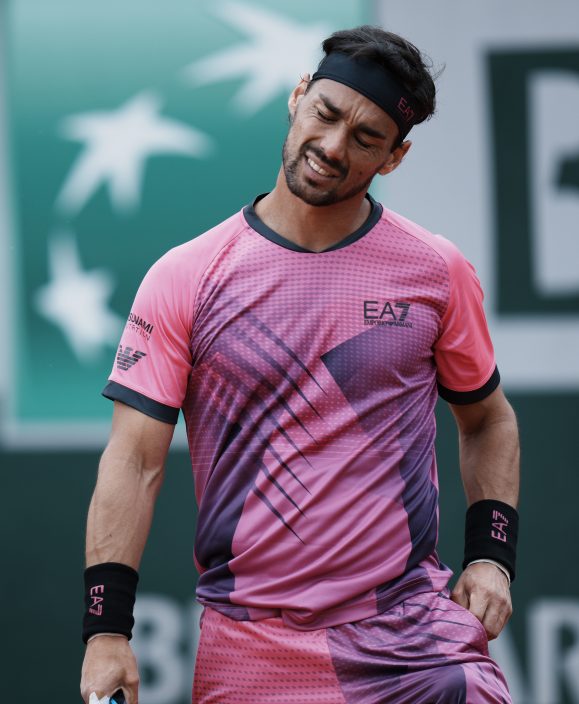 Italy's Fabio Fognini reacts to a missed point as he plays against Argentina's Federica Delbonis during their third round match on day 6, of the French Open tennis tournament at Roland Garros in Paris, France, Friday, June 4, 2021. (AP PhotoThibault Camus)

Her next opponent will be Victoria Azarenka, who beat 23rd-seeded Madison Keys 6-2, 6-2 in 70 minutes. The two-time Grand Slam champion reached the fourth round for the first time since her semifinal run in 2013.

Azarenka had played only one match on clay this season entering Roland Garros. She had withdrawn from the Madrid Open after her first-round win there due to a back injury.

Unseeded Tamara Zidansek and 21st-seeded Elena Rybakina also advanced, reaching the second week at a major for the first time.

Early in the afternoon, play was interrupted by rain on all courts besides the main stadium — where the roof is closed.