With commemorations for the 100-year anniversary of the Tulsa Race Massacre, a transparent “Sky Pool” in London and a cloudburst in Tibet, this photo gallery highlights some of the most compelling images made or published in the past week by The Associated Press from around the world. 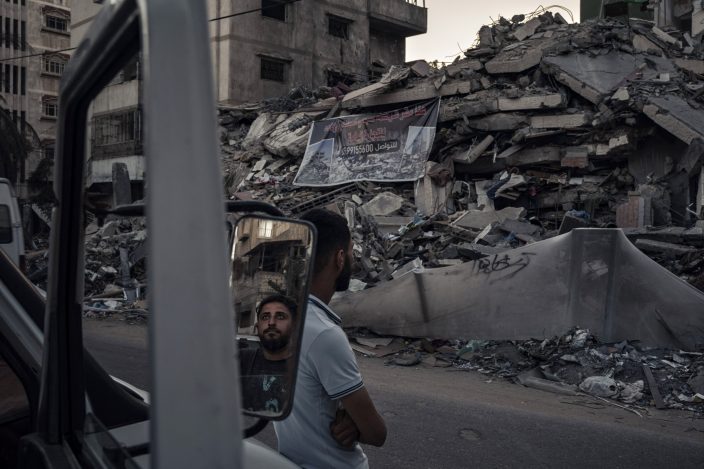 Palestinians look at the rubble of a building that collapsed after it was hit by airstrikes during an 11-day war between Gaza's Hamas rulers and Israel, in Gaza City, Tuesday, June 1, 2021. (AP PhotoFelipe Dana) 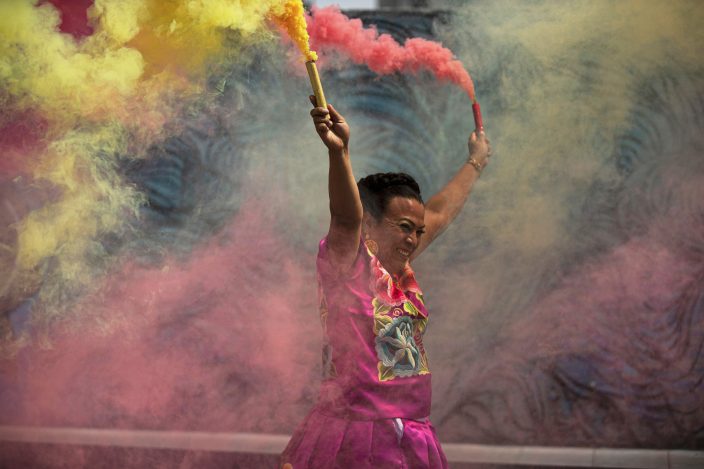 Marven, a transgender woman from the state of Oaxaca, holds colorful smoke flares during her campaign event for a seat on Mexico City's Congress, outside a restaurant in Mexico City, Saturday, May 29, 2021. Marven will be one of more than 100 members of Mexico's LGBTQ community participating in Sunday's mid-term elections that will fill the 500 seats of the lower chamber of the Congress, as well as state and local posts across the country. (AP PhotoFernando Llano) 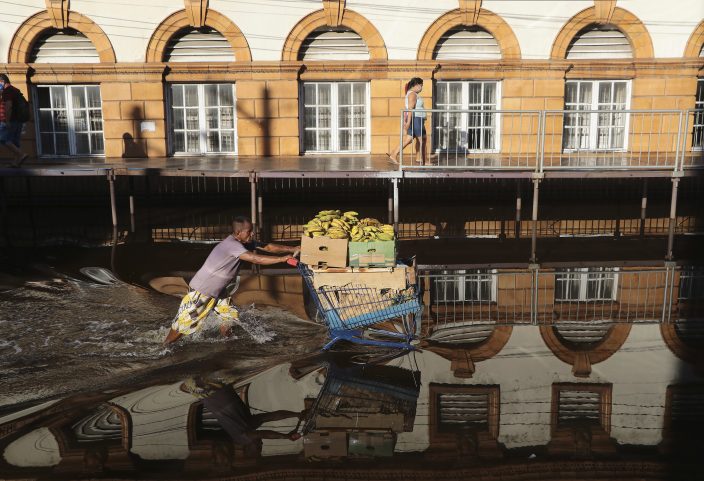 A man pushes a shopping cart loaded with bananas through a street flooded by the Negro River in downtown Manaus, Amazonas state, Brazil, on Tuesday, June 1, 2021. Rivers around Brazil's biggest city in the Amazon rain forest have swelled to levels unseen in over a century of record-keeping, according to data published Tuesday by Manaus' port authorities. (AP PhotoEdmar Barros) 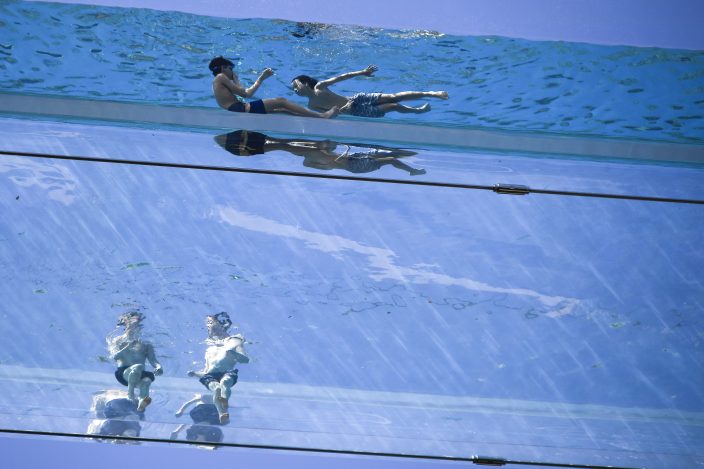 People swim in the Sky Pool, a transparent bridge across two exclusive residential blocks near the U.S. embassy in the Nine Elms area of London, on Tuesday, June 1, 2021. Britain sees temperatures increasing for the second day in a row after the mercury hit 25 degrees Celcius (77 degrees Fahrenheit) for the warmest day of the year so far on Bank Holiday Monday. (AP PhotoAlberto Pezzali) 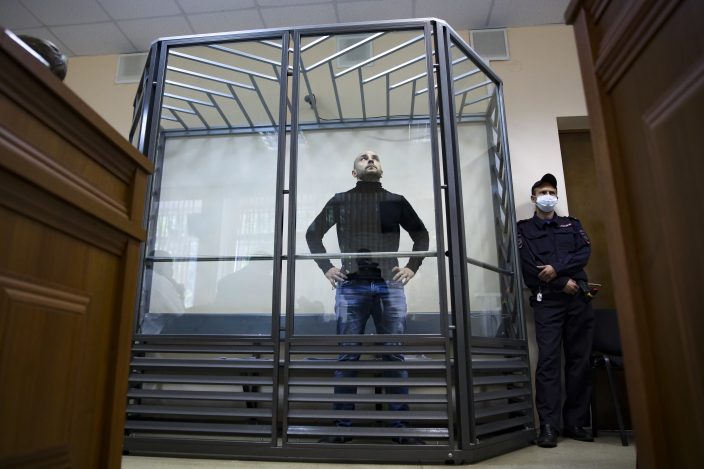 Andrei Pivovarov, head of the Open Russia movement, stands in a glass enclosure during a court session in Krasnodar, Russia, on Wednesday, June 2, 2021. The court sent the prominent opposition activist to jail pending a probe, as authorities continue to crack down on dissent ahead of September's parliamentary election. Pivovarov was pulled off a Warsaw-bound plane at St. Petersburg's airport just before takeoff late Monday and taken to Krasnodar, where authorities accused him of supporting a local election candidate last year on behalf of an "undesirable" organization. (AP Photo) 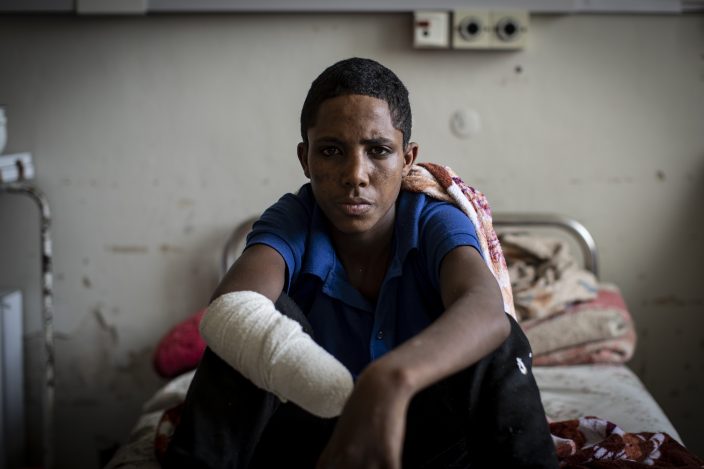 Haftom Gebretsadik, a 17-year-old from Freweini, Ethiopia, near Hawzen, who had his right hand amputated and lost fingers on his left after an artillery round struck his home in March, sits on his bed at the Ayder Referral Hospital in Mekele, in the Tigray region of northern Ethiopia, on Thursday, May 6, 2021. "I am very worried," he said. "How can I work?" As the Tigray People’s Liberation Front and the government forces fight, civilians are suffering heavily. (AP PhotoBen Curtis) 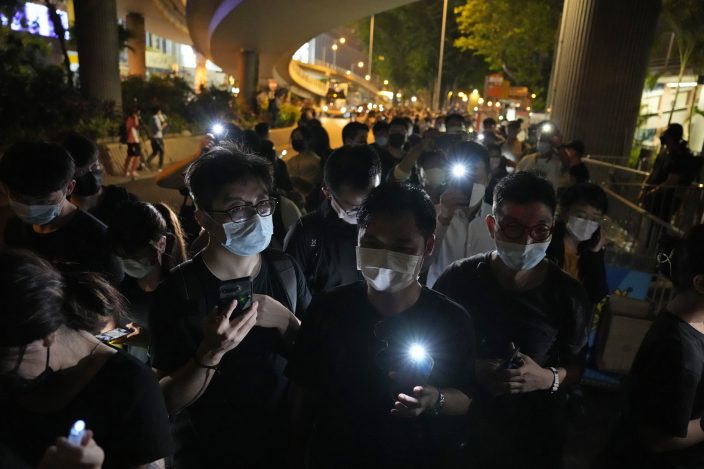 People hold LED candles to mark the anniversary of the military crackdown on a pro-democracy student movement in Beijing, outside Victoria Park in Hong Kong, Friday, June 4, 2021. A member of the committee that organizes Hong Kong's annual candlelight vigil for the victims of the Tiananmen Square crackdown was arrested early Friday on the 32nd anniversary. (AP PhotoKin Cheung) 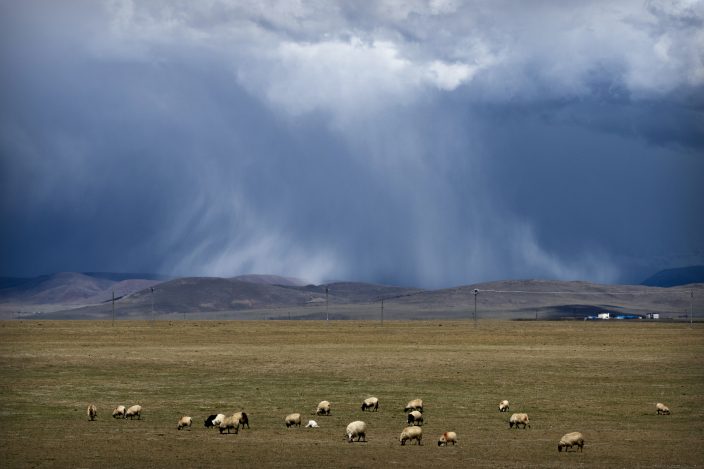 Sheep graze on the Tibetan plateau as the sun illuminates a cloudburst in the distance in Namtso in western China's Tibet Autonomous Region, during a government organized visit for foreign journalists, Wednesday, June 2, 2021. (AP PhotoMark Schiefelbein) 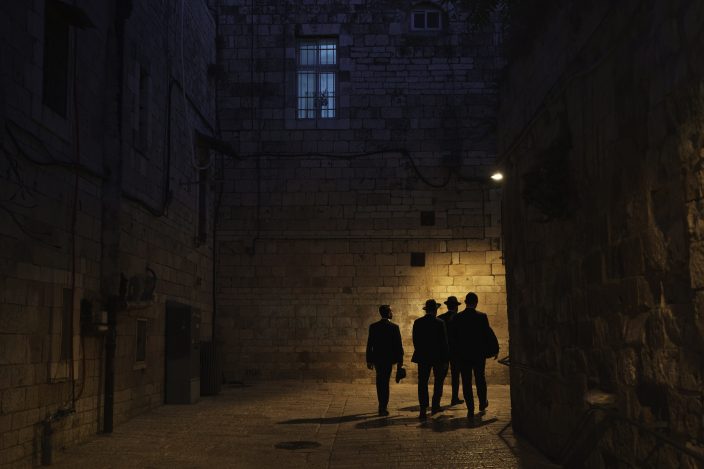 Ultra-Orthodox Jewish men walk at night in Jerusalem's Old City, Saturday, May 29, 2021, days after a cease-fire was reached in the 11-day war between Gaza's Hamas rulers and Israel. (AP PhotoFelipe Dana) 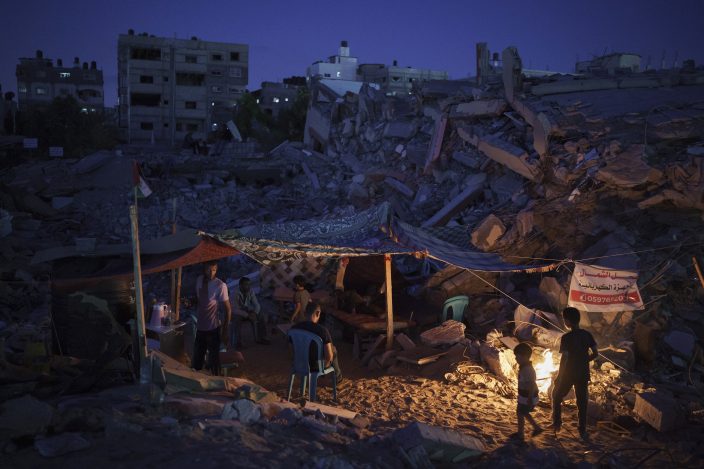 Palestinians sit inside a makeshift tent built amid the rubble of their home, destroyed by an airstrike in Beit Lahia, northern Gaza Strip, Friday, June 4, 2021. A truce that ended an 11-day war between Gaza's Hamas rulers and Israel has so far held but it did not address any of the deeper issues plaguing the Israeli-Palestinian conflict. (AP PhotoFelipe Dana)