Joel Embiid was in the starting lineup Sunday even with a cartilage tear in his right knee for Game 1 of the Philadelphia 76ers' Eastern Conference playoff series.

Embiid and the top-seeded Sixers are facing the Atlanta Hawks in the Eastern Conference semifinals.

Embiid was injured in Monday's Game 4 loss in the opening round against Washington and missed the Game 5 clincher. He was limited to shooting drills in practice this week and his status was uncertain right through warmups. 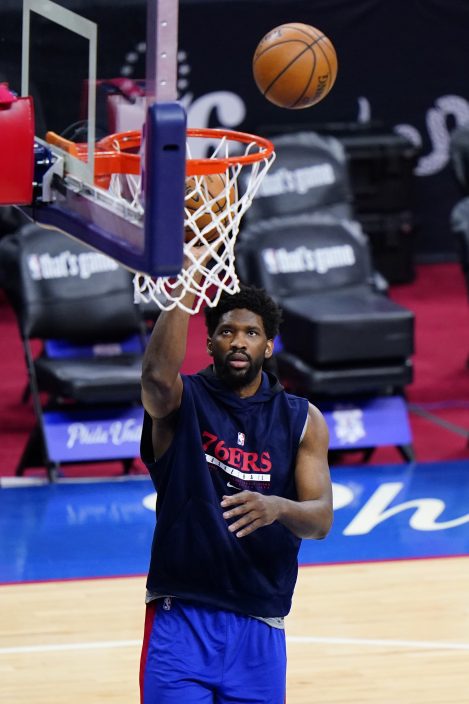 Atlanta's De’Andre Hunter sat out the opener with a sore right knee.

Embiid still uncertain to play for 76ers with knee injury

Embiid out for rest of Game 4 vs. Wizards with sore knee