A well-known Russian opposition politician who was held in police custody for two days last week in a criminal investigation said Sunday that he has left the country for Ukraine.

Dmitry Gudkov said in a Facebook post that sources in Kremlin circles had told him “that if I do not leave the country, the fake criminal case will continue until my arrest.”

Gudkov said he believes the investigation was aimed at preventing him from running for the national parliament this year. He was a parliament member in 2011-16. 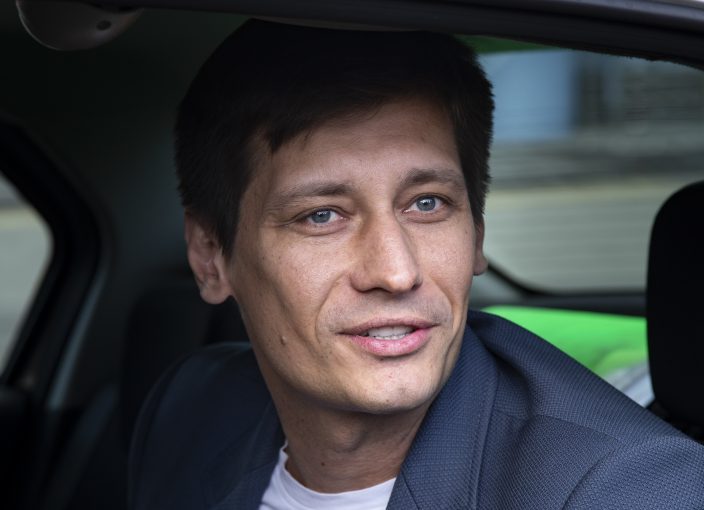 FILE - In this Tuesday, July 30, 2019 file photo, Russian opposition candidate Dmitry Gudkov speaks to journalists sitting inside a police car as he arrives to the court in Moscow, Russia. Russian authorities have ramped up their pressure on dissent ahead of a parliamentary election, arresting one opposition activist and raiding several others' homes. On Tuesday police raided a country home of opposition politician Gudkov, a former lawmaker who has aspired to run for parliament in September. At least two of his associates also had their homes searched. (AP PhotoAlexander Zemlianichenko, File)

Gudkov was detained at his country house last week in connection with an investigation into money allegedly owed to the city for rental of office space. He was released without charges Thursday.

His detention came as authorities continue to crack down on dissent ahead of September’s parliamentary elections.

Last week, a court sent prominent opposition figure Andrei Pivovarov to jail for two months pending a probe into his actions as head of the Open Russia group, which authorities have declared an undesirable organization. Pivovarov had announced the group was disbanding several days before his arrest. 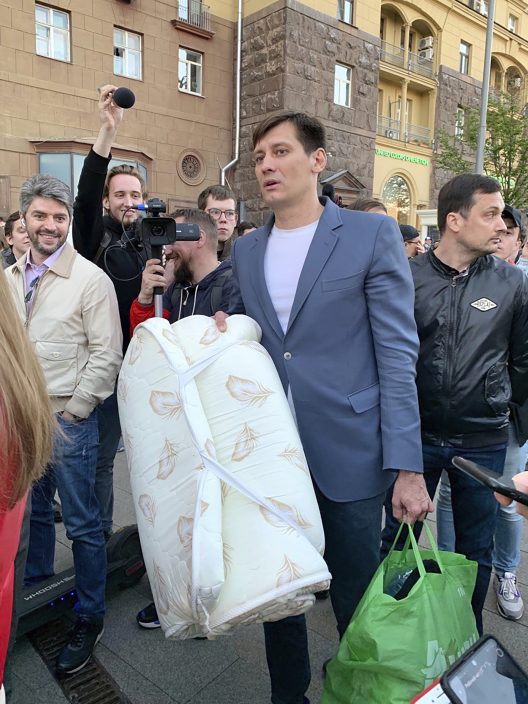 Dmitry Gudkov, center, a former Russian lawmaker who has aspired to run again for a parliament seat, is surrounded by people after being released in case of an expiration of 48 hours of detention in Moscow, Russia, Thursday, June 3, 2021. Police have released a well-known Russian opposition politician from custody after holding him for two days. Gudkov was detained by police at his country house on Tuesday in connection with an investigation into money owed to the city for rental of an office space. Gudkov's attorney, Mikhail Biryukov, said it was not clear whether the Thursday release of Gudkov meant the investigation was still active. (AP PhotoVladimir Kondrashov)

Top associate of Navalny convicted of trespassing in Russia