BEIJING — Residents of the southern Chinese city of Guanzhou will not be able to leave unless they can show that it is absolutely necessary to do so, following an outbreak of COVID-19 that has sickened dozens of people in recent days.

Anyone who is given permission to leave must show a negative test for the virus taken in the previous 48 hours, according to rules issued by the city government that take effect Monday. The same rule applies to anyone seeking to leave the surrounding province of Guangdong.

The city also is restricting indoor dining, conducting mass testing and banning residents in high-risk neighborhoods from leaving their homes. At least two districts in the city of 18 million people have been closed off entirely. 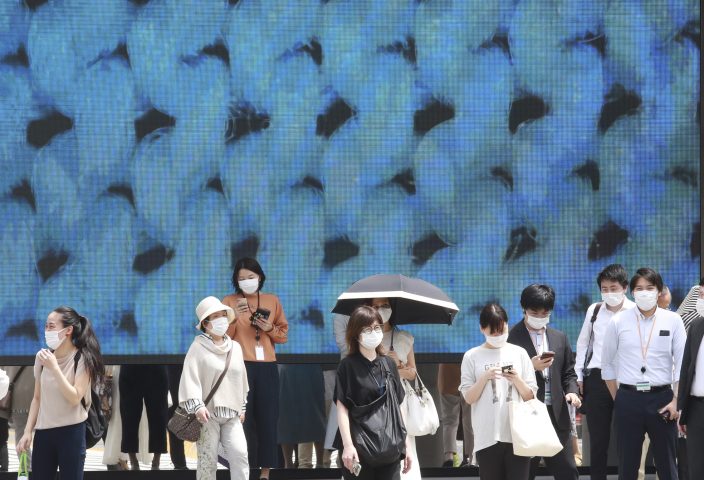 People wearing face masks to protect against the spread of the coronavirus walk on a street in Tokyo Monday, June 7, 2021. (AP PhotoKoji Sasahara)

The variant causing the Guangzhou outbreak — the delta variant first identified in India — is reportedly more infectious because those who have it are slower to display symptoms while carrying more virus particles.

Guangzhou has reported no deaths from the outbreak, but the city reported another four locally transmitted cases in the 24 hours before Monday morning, bringing its recent total to more than 100 since May 21. 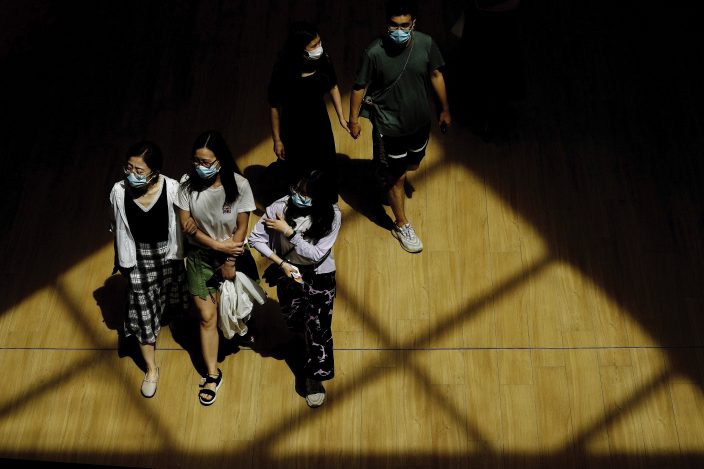 People wearing face masks to help curb the spread of the coronavirus walk through a triangle shadow cast at a shopping mall in Beijing, Sunday, June 6, 2021. (AP PhotoAndy Wong)

— China trade surges as demand rebounds in US, other markets where pandemic is waning

— UK urges commitment to vaccinate the world by end of 2022

TOKYO — Japan’s southernmost prefecture of Okinawa is closing many schools to contain the nation's worst per capita rate of coronavirus infections.

Gov. Denny Tamaki said closing schools could curb the spread since roughly one in three cases were among people younger than 30.

Primary and secondary schools in 22 hotspot towns on Okinawa will be closed until June 20. The island and nine other regions of Japan are under a state of emergency, but Okinawa's infections have been near record-highs and hospital beds are occupied at almost full capacity.

Okinawa’s health experts have indicated that an influx of tourists during the early May holiday week triggered the surge, which raises further concerns about how the Tokyo Olympics might affect Japan's virus situation. The Games are all but certain to be held, despite discouragement from medical professionals and opposition by the Japanese public.

Across Japan, daily infections stand between 2,000 and 3,000 in the past few days, down from the recent peak of over 7,000 in early May. More than 13,000 have died of COVID-19 in the country, three-quarters of which happened this year.

Japan has so far fully vaccinated about 4 million people or 3% of its population.