A day after Serena Williams was eliminated from the French Open, 17-year-old Coco Gauff showed the future in tennis for American women is bright.

Gauff served superbly to reach her first Grand Slam quarterfinal with a 6-3, 6-1 victory over Ons Jabeur on Monday.

Gauff lost only nine points on her serve. 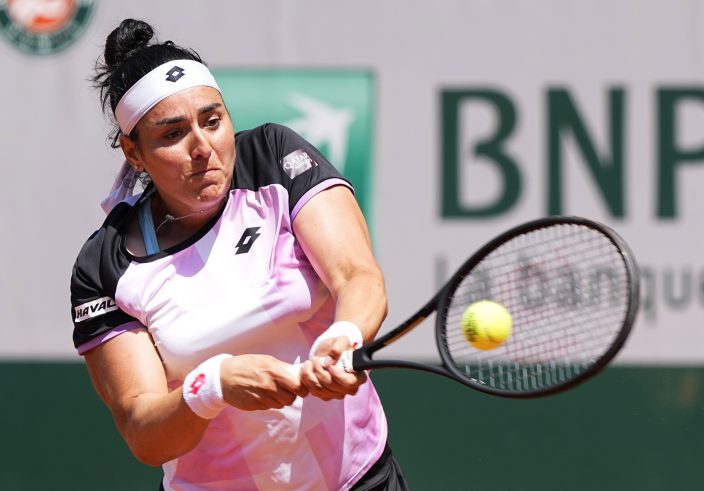 Gauff also had a quick match in the previous round, when Jennifer Brady retired with an injured left foot after Gauff won the opening set.

Gauff will next face Barbora Krejcikova, who also reached her first quarterfinal at a major by beating 2018 French Open runner-up Sloane Stephens with a similarly lopsided score — 6-2, 6-0.

Later, 22-year-old Sofia Kenin was to face 17th-seeded Maria Sakkari with another spot in the last eight on the line. 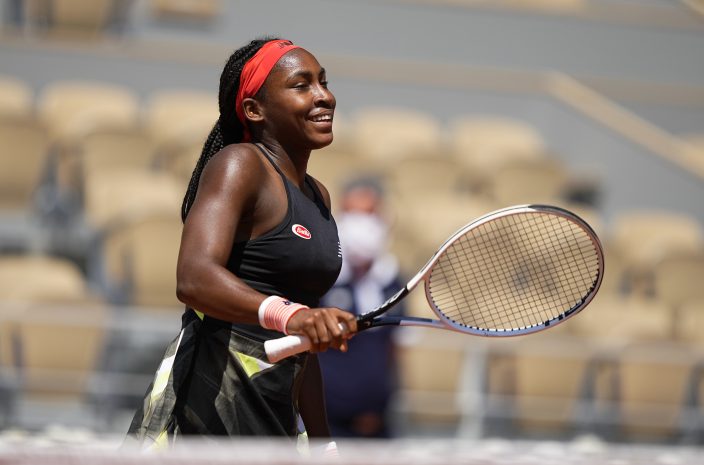 Kenin is the highest-seeded woman left in the women’s draw at No. 4. The American lost last year’s final at Roland Garros to Iga Swiatek, who meets Marta Kostyuk in the night match on Court Philippe Chatrier.

Gauff already announced herself as a contender to become the next great American player when she made a run to the fourth round at Wimbledon as a 15-year-old qualifier two years ago. Now, having gone one step further, she became the youngest American to reach a Grand Slam quarterfinal since Venus Williams did it at 17 at the 1997 U.S. Open.

What’s more is that Gauff has not dropped a set in Paris this year.

It's been a breakthrough year in singles for the 25-year-old Krejcikova, who won her first WTA title in Strasbourg in the buildup to the French Open. Her victory over Stephens on Court Suzanne Lenglen extended her current winning run to nine matches.

Until now, Krejcikova was mainly known for her doubles accomplishments. She is a former No. 1 in the specialty and has won two Grand Slam titles with teammate Katerina Siniakova. They play in the doubles quarterfinals on Tuesday.

In the men’s draw, both Rafael Nadal and top-ranked Novak Djokovic were playing Italian teenagers later. Nadal, a 13-time champion, was up against 18th-seeded Jannik Sinner, who is trying to reach the quarterfinals on the Parisian red clay for the second straight year in his second appearance at Roland Garros.

Djokovic’s opponent, the unexperienced but highly-rated Lorenzo Musetti, is playing at a Grand Slam event for the first time. By comparison, both Djokovic and Nadal are hoping to make it to the quarterfinals of the clay-court major for the 15th time.