AJ Allmendinger was so over the grind and the losing and the lack of any enjoyment in his job that he walked away from NASCAR after the 2018 season rather than run for another mediocre team.

His friends pulled him back in.

It was a little at a time, five races the first year, 11 the next. But now he is running a full season and he is rejuvenated, refreshed and maybe just a little winded after celebrating his latest win. 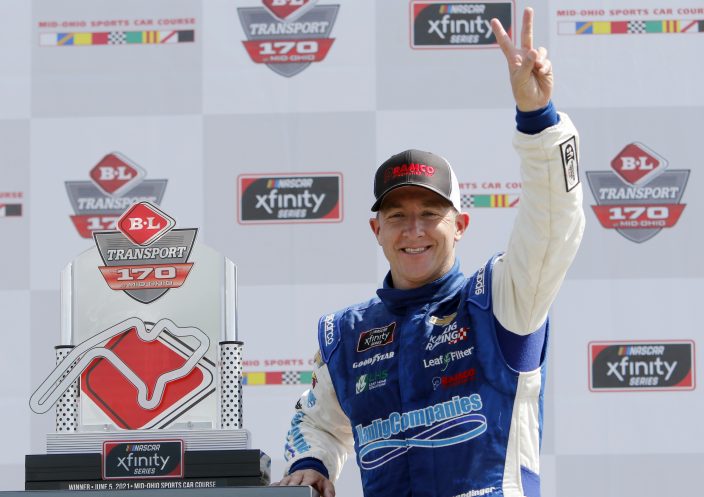 Allmendinger, at 39, is in a full-fledged career renaissance.

His close friendships at Kaulig Racing got him to this point, celebrating with team owner Matt Kaulig and team president Chris Rice after he won his second race of the season Saturday at Mid-Ohio Sports Car Course, Kaulig's home track.

The victory moved Allmendinger to second in the Xfinity Series standings, where he is a championship contender while also helping Kaulig transition into a Cup Series program next year. Allmendinger ran the road course races at Daytona and Circuit of the Americas for Kaulig — his first Cup races since he walked away in 2018 — and Kaulig said he will be part of the expansion plans next year. 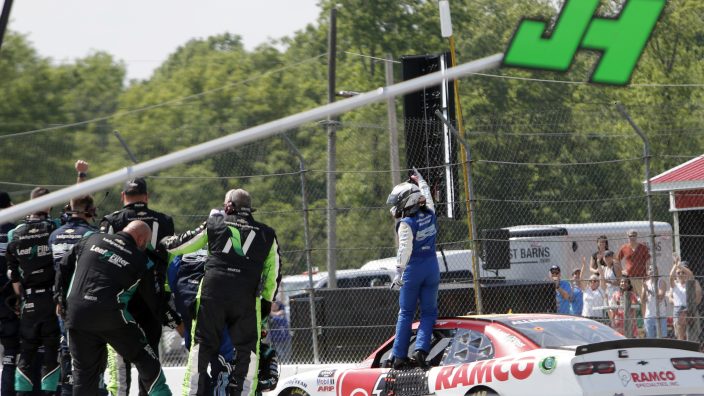 Allmendinger, who is listed at 5-foot-6, interrupted. “I'm always on a short list.”

“Whether that's AJ or somebody else, we're really not sure,” Kaulig tried to continue. “AJ regardless will run road courses or maybe superspeedways, I don't know.” 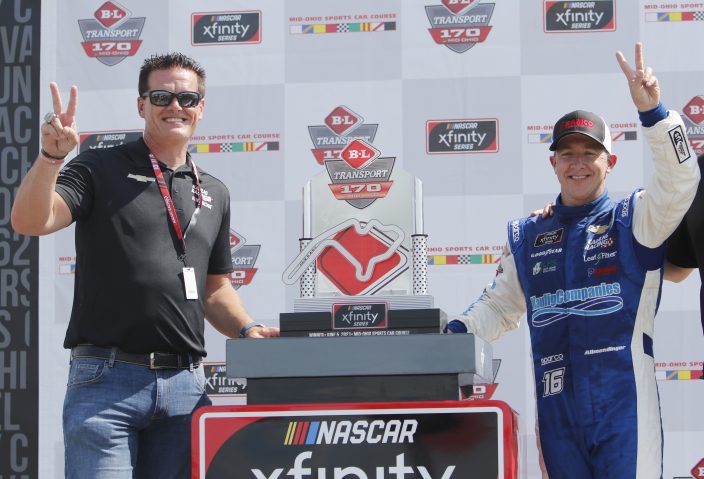 So is that one or two cars that Kaulig plans to run?

“I'll make it simple for you,” Allmendinger again interrupted. "Matt and Chris, there's a lot going on with Kaulig Racing and its growth. I love being a part of it. I’ve told Matt and Chris that no matter what role it is, I just want to keep being part of the growth. That's something since 2019 I've enjoyed more than I thought I would. Whatever they want me to do, I want to be part of it in any capacity.

“He just meant that I might be the one driving the truck to the road courses and superspeedways.” 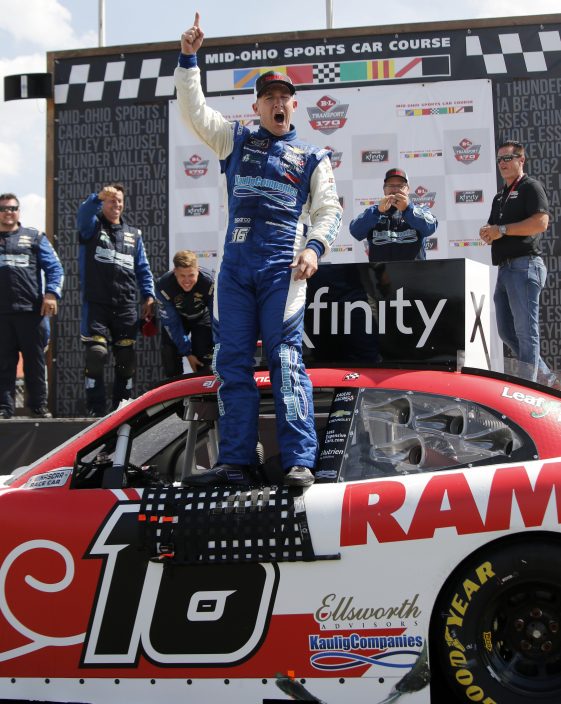 The rapport between team owner and driver is like two buddies on the golf course — and they did golf last week, with Rice winning the round then crowing in victory lane at Mid-Ohio that he had two trophies to Allmendinger's one. It's created the community Allmendinger craves on and off the track.

He's always been ultra-competitive and extremely hard on himself, and when he lost the ride of his life at Team Penske in 2012 for failing a random a drug test his career could have ended. But too many believe in Allmendinger, who has proven to be a natural leader.

He's been the endurance driver for Michael Shank's sports car team for 15 years and anchored Shank's breakthrough Rolex 24 at Daytona victory in 2012. Six days after Shank's car won the Indianapolis 500 with Helio Castroneves, Shank was at Mid-Ohio cheering on Allmendinger from the Kaulig pit stand.

These relationships are “100% and that's no slight on any other team" what has rekindled Allmendinger's love for racing.

“I'm in a different place in my life and I'm a different person than I was in 2015 and because of that, it just allows me to have fun with it,” Allmendinger. “Sure, God, I am so competitive and I am still sick before the race. Sick inside. I'm so nervous that I want to go out and run well and win the race.”

But it changed for him in 2019, ironically at Mid-Ohio during his initial five-race deal with Kaulig. He was freaking out, thinking all of Kaulig's employees and sponsors at the track expected the road course ringer to win.

“This is where I fell in love with this team because we had a terrible practice and I felt, ‘Oh my God, here it is again, you’ve got to go out there and perform a miracle and make it happen,'" Allmendinger said. “And Chris pulled me aside and said, ‘We’re not winning today.' He told me to go give it everything we have and let's go be better the next race. That lifted everything off my shoulders.”

But does he really want to go back to full-time Cup racing?

If Kaulig asks he would, but that's probably not the plan for the team. It's more likely that Justin Haley will be promoted to run for the championship with Allmendinger in a support role at specialized tracks.

“He's a great leader. No matter what the situation with the team or the drivers, he's just a team player,” Kaulig said. “That's why we care about him. That's what we are teaching and expect from our other drivers and crew chiefs and mechanics. It comes from him.”