Health officials and experts in Asia have welcomed U.S. plans to share 500 million more doses of the Pfizer vaccine with the developing world, but some say it would take more than donations alone to address huge vaccination gaps that threaten to prolong the pandemic.

President Joe Biden was set to make the announcement Thursday in a speech before the start of the Group of Seven summit in Britain. Two hundred million doses — enough to fully protect 100 million people — would be shared this year, with the balance to be donated in the first half of 2022, according to a source familiar with the matter who confirmed the news of the Pfizer sharing plan.

Jaehun Jung, a professor of preventive medicine at South Korea’s Gachon University College of Medicine, said the U.S. donations may proveto be a “huge turning point” in the global fight against COVID-19, but also lamented that the help couldn’t come earlier.

Transportation workers wear face masks and shields to help curb the spread of the coronavirus while waiting for the AstraZeneca vaccine during a mass vaccination campaign for public transport workers at the Kampung Rambutan Bus Terminal in Jakarta, Indonesia, Thursday, June 10, 2021. (AP PhotoAchmad Ibrahim)

He said the extremely cold storage temperatures required for Pfizer shots would present challenges for countries with poor health systems and called for U.S. officials and the New York-based drug maker to explore the possibility of easing the requirements.

He said the delay in U.S. help was "understandable, because the United States initially had its own troubles with supplies while inoculating its own population. But for now, it’s critical to move up the timing of the vaccine provisions to the earliest possible point.”

According to the person who spoke to the AP, the Biden administration plans to provide the 500 million shots it purchases from Pfizer to 92 lower income countries and the African Union over the next year through the U.N.-backed COVAX program. 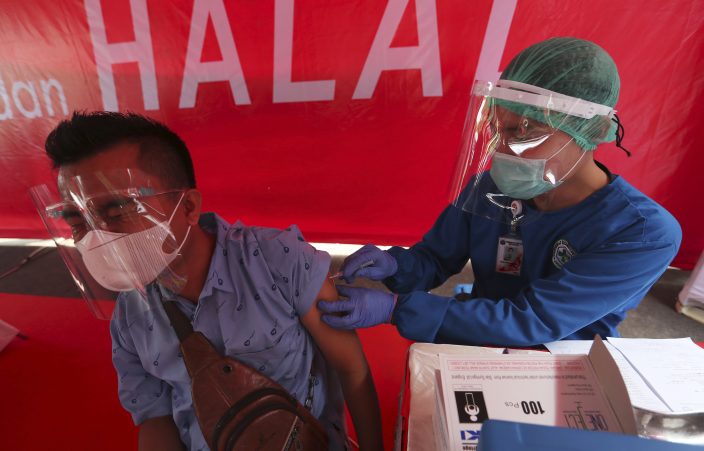 A man receives a shot of the AstraZeneca vaccine during a mass coronavirus vaccination campaign for public transport workers at the Kampung Rambutan Bus Terminal in Jakarta, Indonesia, Thursday, June 10, 2021. (AP PhotoAchmad Ibrahim)

The United States has faced increasing pressure to outline its global vaccine sharing plan. Inequities in supplies around the world have become more pronounced while there’s increasing concern over newer virus variants emerging from areas with consistently high COVID-19 circulation.

The White House had earlier announced plans to share 80 million doses globally by the end of June, most through COVAX.

The additional donation of the Pfizer shots is crucial because the global disparity in vaccination has become a multidimensional threat: a human catastrophe, a $5 trillion economic loss for advanced economies, and a contributor to the generation of mutant viruses, said Jerome Kim, the head of the International Vaccine Institute, a non-profit dedicated to making vaccines available to developing countries. 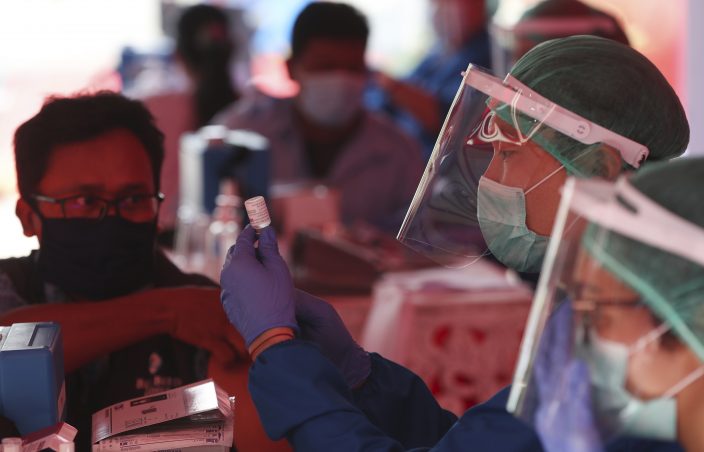 Jeong Eun-kyeong, director of South Korea’s Disease Control and Prevention Agency, said the success of Biden’s vaccine-sharing plan would depend mainly on how fast the shots could be manufactured and sent to countries in need amid global shortages.

She also echoed Jung’s concerns about Pfizer’s cold chain requirements and said the U.S. donations should be accompanied with efforts to improve infrastructure and educate health workers in receiving countries.

“It’s very important to manage international cooperation so that the whole world can be vaccinated quickly,” she said during a briefing. 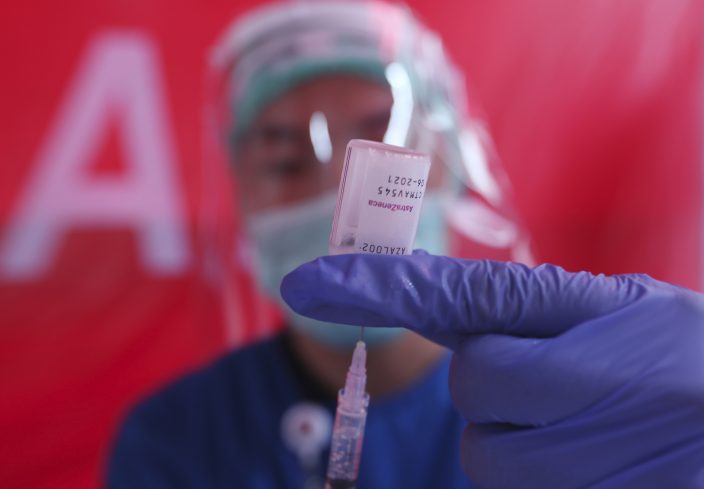 The United States has yet to confirm the 92 lower-income countries that would be receiving the Pfizer shots.

In Asia, Jung said that India and Southeast Asia are in desperate need of donations. Vaccinating isolated North Korea could also prove to be a difficult challenge.

Some experts say donations alone wouldn't be enough to close the huge gaps in supplies and call for a transition toward a distributed system of vaccine manufacturing where qualified companies around the world would produce their own shots without intellectual property constraints. 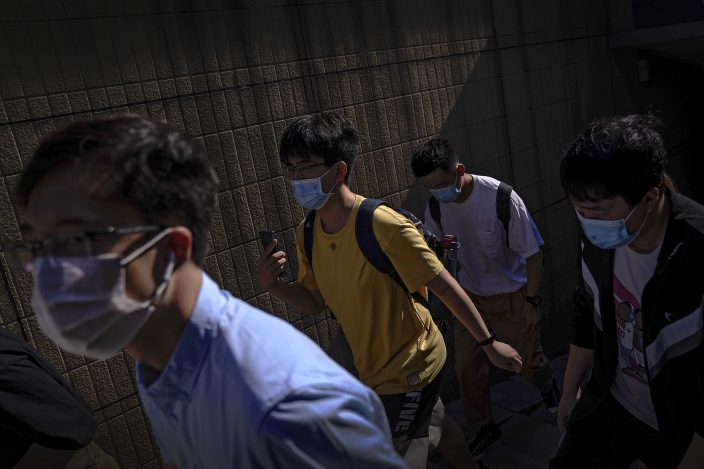 People wearing face masks to help curb the spread of the coronavirus walks out of an underpass tunnel as they head to work in Beijing, Thursday, June 10, 2021. (AP PhotoAndy Wong)

But Jung said many developing countries depending on COVAX donations don't have the industrial resources to manufacture advanced vaccines like Pfizer's mRNA shots.

As countries around the world struggled to access vaccines, unable to secure bilateral deals with companies like Pfizer, many have turned to China. China has exported 350 million doses of its vaccines to dozens of countries, according to its Foreign Ministry.

China has pledged 10 million doses to COVAX, and the Chinese drug maker Sinopharm said last week it had just finished a batch of vaccines for sharing with COVAX. The WHO had approved the vaccine for emergency use last month. 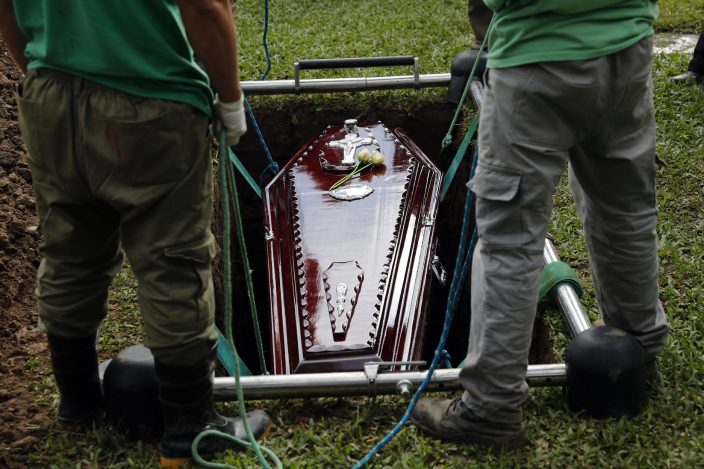 While Chinese vaccines have faced scrutiny because of a lack of transparency in sharing clinical trial data, many countries were desperate to take what was available and found the shots easier to use as they could be stored in normal refrigerators. 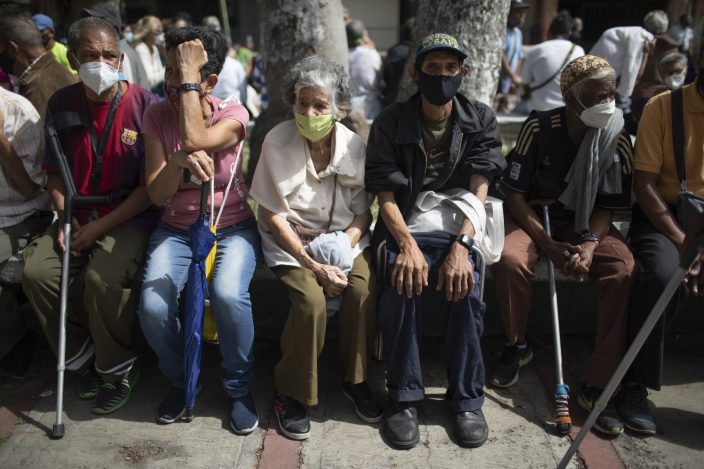 Seniors sit next to a basketball court in the 23 de Enero neighborhood to be vaccinated during a COVID-19 vaccination drive for seniors and those considered high risk for contagion in Caracas, Venezuela, Wednesday, June 9, 2021. ( AP PhotoAriana Cubillos)

Tokyo shapes up to be No-Fun Olympics with many rules, tests

'Protected them to death': Elder-care COVID rules under fire