Dustin Johnson got off to a fast start Thursday at Congaree in his home-state Palmetto Championship, shooting a 6-under 65 that left him a shot behind leader Wes Roach.

Johnson, the world's top-ranked player and a South Carolina native, hadn't played since missing the cut the last time he teed it up in the Palmetto State at the PGA Championship on Kiawah Island last month.

Johnson appeared he might hold a share of the lead before Roach, a 32-year-old seeking his first PGA Tour victory, rolled in a 19-footer for a go-ahead birdie on the 16th hole. 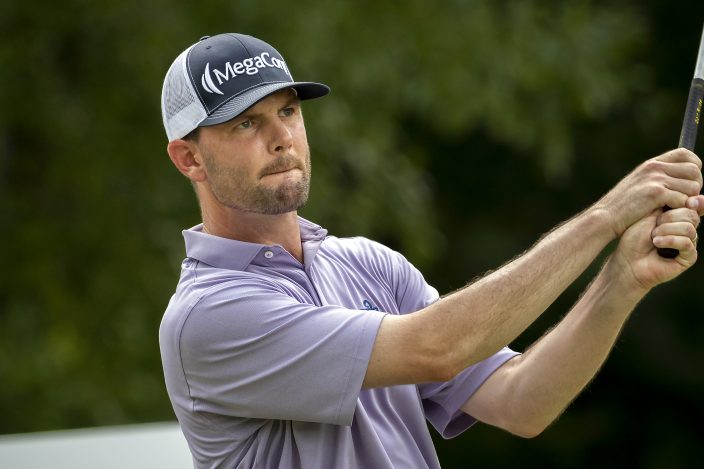 Wes Roach watches his drive off the ninth tee during the first round of the Palmetto Championship golf tournament in Ridgeland, S.C., Thursday, June 10, 2021. (AP PhotoStephen B. Morton)

Still, Johnson had a smooth, bogey-free round in the field's first try at the Congaree Golf Club as the replacement tournament for the canceled RBC Canadian Open, called off a second straight season due to COVID-19 concerns.

Roach, splitting time on the PGA and Korn Ferry tours this season, shot his lowest PGA Tour round since November 2019. He was a stroke in front of Johnson, Doc Redman, Chesson Hadley and South Africa's Erik van Rooyen. 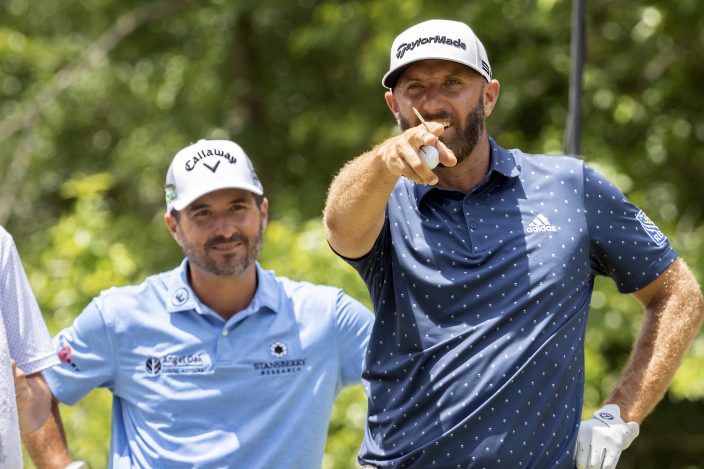 CORRECTS FARAWAY TO FAIRWAY Dustin Johnson points down the ninth fairway before he hits during the first round of the Palmetto Championship golf tournament in Ridgeland, S.C., Thursday, June 10, 2021. (AP PhotoStephen B. Morton)

“I did everything pretty well," Roach said. "I drove it nice, I putted as good as I have in a while and I made it ... on the fourth hole, so that was a nice bonus as well.”

Johnson was headed in the wrong direction at the Ocean Course three weeks ago, missing a major cut for the second time in as many months. But if anyone doubted his readiness for next week's U.S. Open, Johnson easily brushed that aside with his stellar play over the firm fairways and curvy greens at the 4-year-old Tom Fazio course.

At Congaree, he had four birdies in a seven-hole stretch, all on putts 10 feet or less including a two-putt birdie on the drivable, 370-yard third. Johnson chipped in from 82 feet away for his final birdie on No. 9 to tie Redman for the lead among the morning starters. 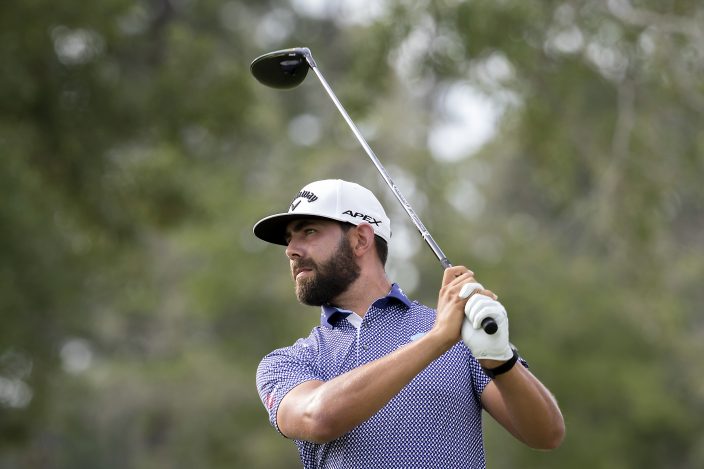 Erik van Rooyen, of South Africa, watches his drive down he eighth fairway during the first round of the Palmetto Championship golf tournament in Ridgeland, S.C., Thursday, June 10, 2021. (AP PhotoStephen B. Morton)

Johnson was only thinking of a par save when he hit the shot and was overjoyed — well, about as overjoyed as the cool, calm Johnson can get — when it disappeared in the cup for his lowest round since shooting 65 in the second round of the Tournament of Champions last January.

“I felt like I’ve been swinging well for a while now, just haven't really seen the results or seen the scores,” Johnson said. “Made a few putts, but yeah, I mean just playing solid. Finally put a round together.”

Redman was the first to reach 6 under with a run of four birdies over five holes on his back nine. 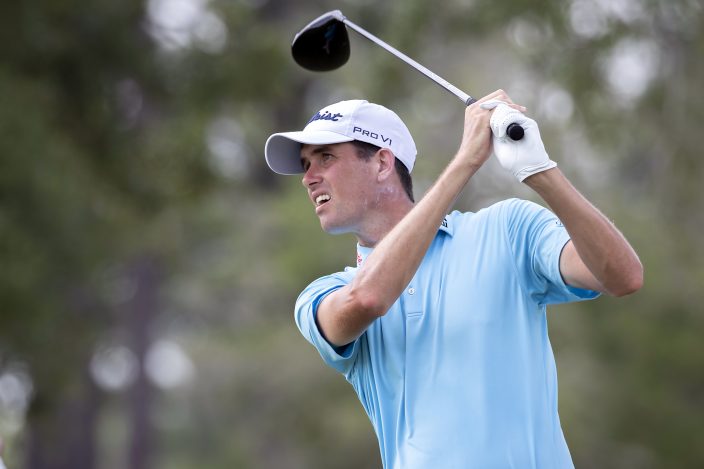 Chesson Hadley hits off the eighth tee during the first round of the Palmetto Championship golf tournament in Ridgeland, S.C., Thursday, June 10, 2021. (AP PhotoStephen B. Morton)

Hadley's approach on his next-to-last hole, the eighth, was 2 feet from the cup for his tying birdie.

Van Rooyen was at 7 under through 14 holes. He made bogey on the sixth hole to fall back.

Van Rooyen followed up his successful U.S. Open qualifying in Ohio earlier this week with a strong showing at Congaree. He had missed his last four cuts including the PGA Championship. He spent the past three weeks thinking about his performance and working his game. van Rooyen like what he saw Thursday.

“I think I'm just sort of going forward,” he said.

Brooks Koepka, playing for the first time since finishing second to Phil Mickelson at the PGA Championship, opened with a 72 and was seven shots behind the leaders. Koepka is the only other top-10 player in this field, the last before the season's third major.

Koepka's start wasn't a good sign: the last four times he began a tournament over-par, he went on to miss the cut.

A short time after Johnson finished, he was awarded the Order of the Palmetto from Gov. Henry McMaster on the club grounds.

“It's a special day for me and my family,” Johnson said of the state's highest honor for a civilian. “I've always been a proud South Carolinian and I always will be.”

Johnson said he was boosted by the strong crowd following him, not just here but at the RBC Heritage on Hilton Head and the PGA Championship this season.

“I get a lot of support here in South Carolina, being a South Carolina native,” he said. “And, yeah, it's been great” to play so much there.

“Hopefully, I can keep it rolling for the rest of the week,” he said.

Hadley 2 shots in front of DJ at Palmetto Championship