This photo gallery highlights some of the most compelling images made or published by Associated Press photographers in Latin America and the Caribbean. It was curated by AP photographer Fernando Vergara in Bogota, Colombia. 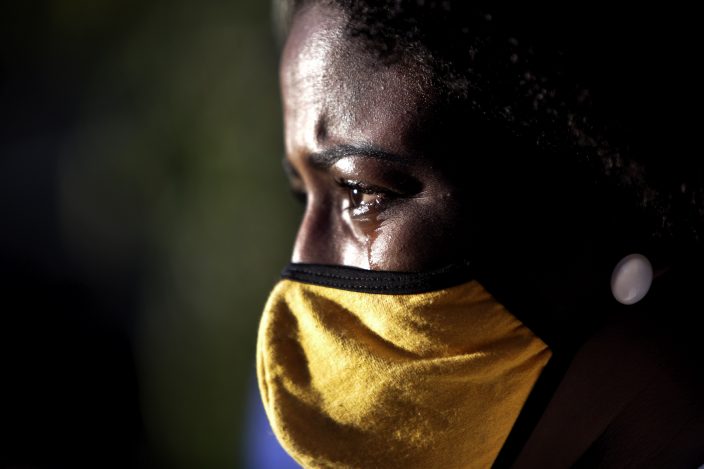 A family member cries during the funeral of Kathlen Romeu, a young pregnant woman killed by a stray bullet, in Rio de Janeiro, Brazil, Wednesday, June 9, 2021. Stray bullets have struck at least six pregnant women in Rio since 2017, but Romeu was the first to die, according to Crossfire, a non-governmental data project that tracks armed violence. (AP PhotoBruna Prado) 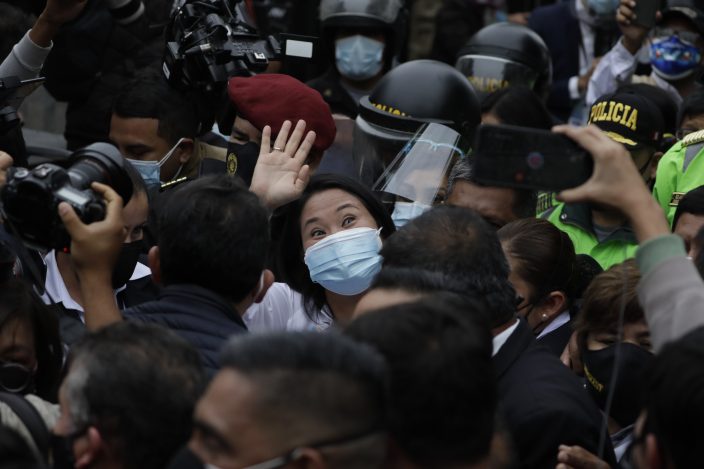 Presidential candidate Keiko Fujimori waves after voting in Lima, Peru, Sunday, June 6, 2021. Peruvians voted on Sunday in a presidential run-off election to choose between Fujimori, the daughter of jailed ex-President Alberto Fujimori, and Pedro Castillo, a political novice that until recent was a rural schoolteacher. (AP PhotoGuadalupe Pardo) 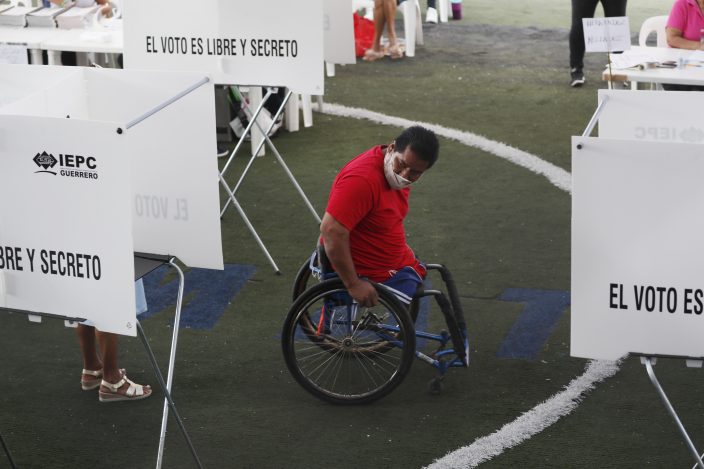 A voter looks for his at booth at a polling station during mid-term elections in Acapulco, Mexico, Sunday, June 6, 2021. Mexicans are elected the entire lower house of Congress, almost half the country's governors and most mayors on Sunday. (AP PhotoFernando Llano) 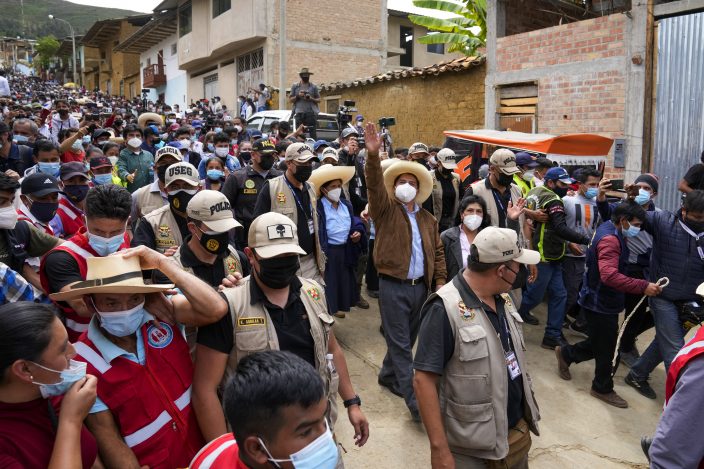 Presidential candidate Pedro Castillo waves to supporters after voting in Tacabamba, Peru, Sunday, June 6, 2021. Peruvians voted Sunday in a presidential run-off election to choose between Castillo, a political novice who until recently was a rural schoolteacher, and Keiko Fujimori, the daughter of jailed ex-President Alberto Fujimori. (AP PhotoMartin Mejia) 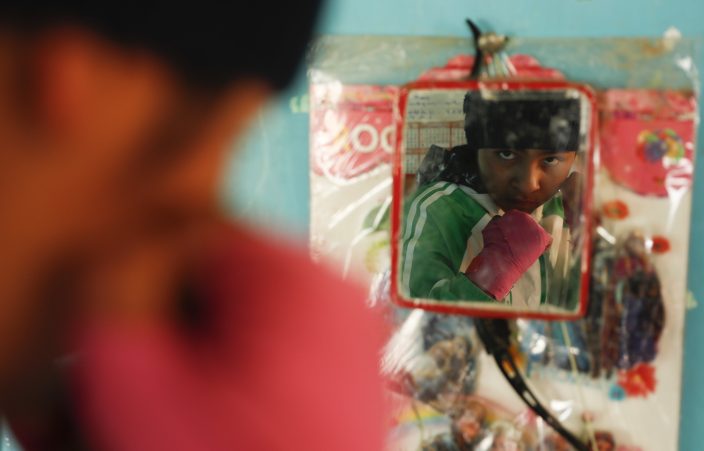 Gracce Kelly Flores, a 12-year-old boxer who goes by the nickname Hands of Stone, strikes a pose in the mirror hanging in her kitchen after her morning workout in Palca, Bolivia, early Thursday, June 10, 2021. At age 8, Flores defeated a 10-year-old boy, and with three national boxing medals under her belt, she dreams of reaching the women's boxing world championship. (AP PhotoJuan Karita) 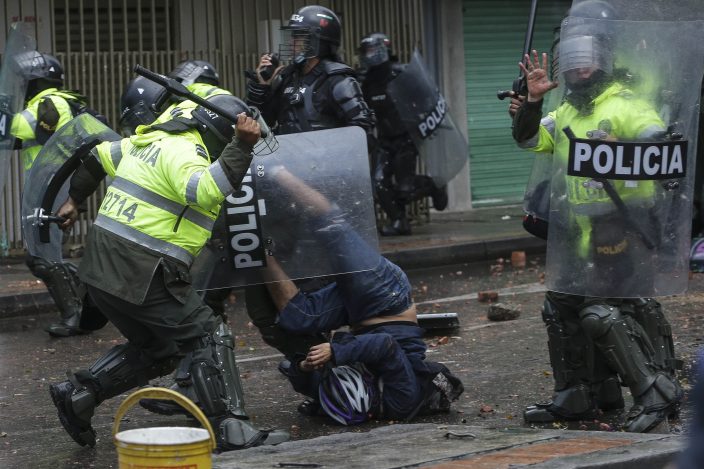 A police officer bears down on an anti-government protester during clashes in Bogota, Colombia, Wednesday, June 9, 2021. The protests have been triggered by proposed tax increases on public services, fuel, wages and pensions. (AP PhotoIvan Valencia) 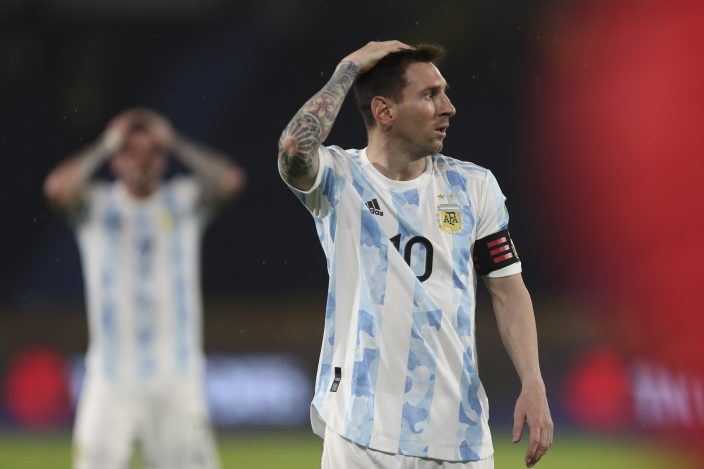 Argentina's Lionel Messi gestures during a qualifying soccer match for the FIFA World Cup Qatar 2022 against Colombia at the Metropolitano stadium in Barranquilla, Colombia, Tuesday, June 8, 2021. Miguel Borja scored an equalizer for Colombia in the last seconds of added time against Argentina in one of the best matches yet in South American qualifying. (AP PhotoFernando Vergara) 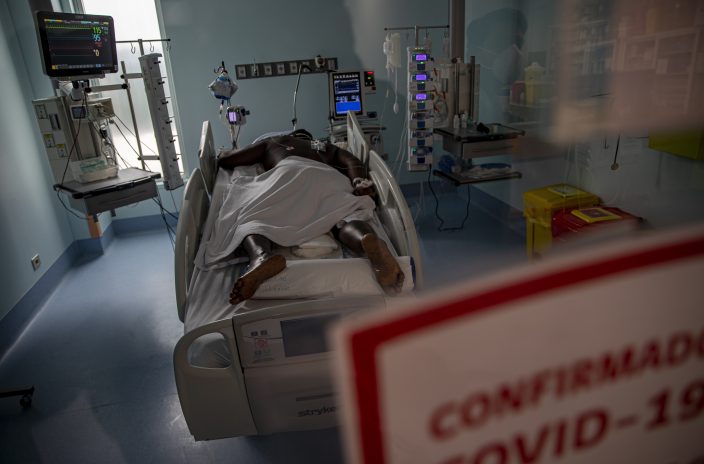 A COVID-19 patient lies in the ICU of the Posta Central Hospital in Santiago, Chile, Friday, June 4, 2021. Chile's Health Ministry reported that 97% of the nation's ICU hospital beds are full, with the majority holding COVID-19 patients. (AP PhotoEsteban Felix) 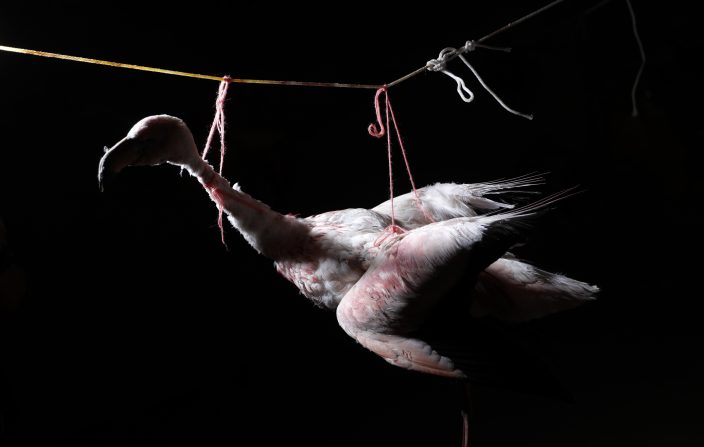 A stuffed flamingo hangs in the home of Mayor Rufino Choque in the Urus del Lago Poopo Indigenous community, in Punaca, Bolivia, Sunday, May 23, 2021. For many generations, the homeland of the Uru wasn't land at all: It was the brackish waters of Lake Poopo. Choque said the Uru - "people of the water" - began settling on the lakeshore several decades ago as the lake began to shrink. (AP PhotoJuan Karita) 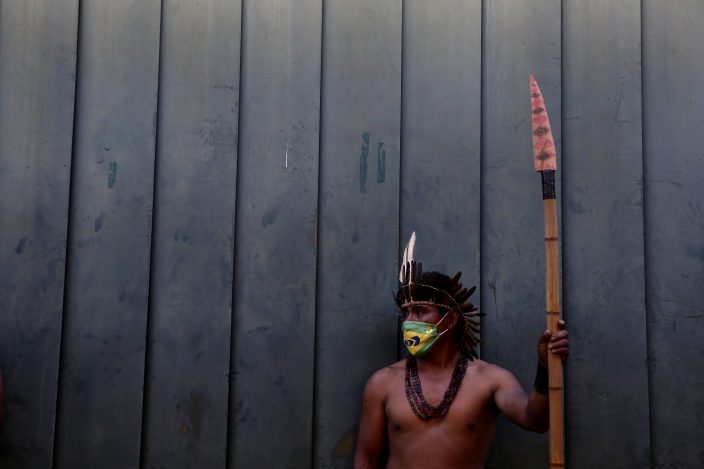 An Indigenous man wearing a protective face mask amid the COVID-19 pandemic takes part in a protest against Brazilian President Jair Bolsonaro's proposals to allow mining on Indigenous lands, at the main entrance to the Chamber of Deputies in Brasilia, Brazil, Wednesday, June 9, 2021. (AP PhotoEraldo Peres)