There are two genres I tend to approach with extra caution: Slashers and retirement home comedies. Both have found me covering my eyes for not entirely unrelated reasons. Yes, the dismembering is more metaphorical than the latter, but sometimes it’s equally hard to stomach seeing a great group of actors reduced to incontinence jokes. Also, I’m still recovering from the Diane Keaton movie “Poms.”

The latest retirement home comedy is “ Queen Bees,” about Helen (played by the majestic Ellen Burstyn), who reluctantly moves into a senior community while her beautiful suburban house is being fixed up after an accidental kitchen fire. Helen is still sharp and active and capable of living alone, but her real estate agent daughter (Elizabeth Mitchell) just seems to want to get the inevitable transition to out of the way. Helen, for her part, suspects her daughter just wants to sell her home and she may not be wrong.

For as lovely as Helen’s house is, the retirement community is pretty nice and full of active and social seniors. It’s also stacked with talented actors: Alongside Burstyn in this senior home is James Caan, Ann-Margaret, Jane Curtin, Loretta Devine and Christopher Lloyd, all of whom it’s a delight to simply see on screen and none of whom are subjected to tasteless gags (although some are borderline). 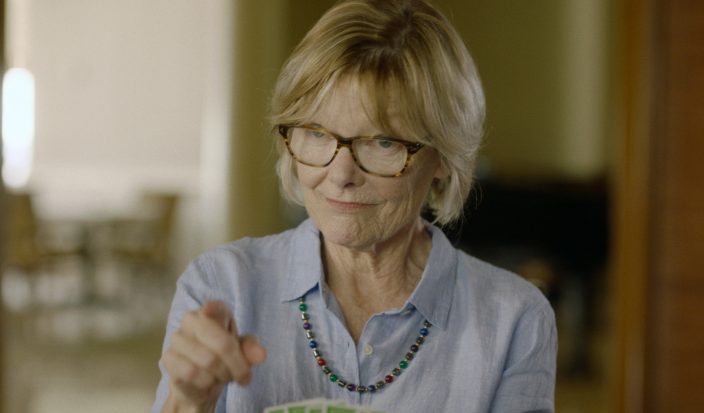 “Queen Bees,” directed by Michael Lembeck and written by Donald Martin, isn’t exactly a bad movie, but it’s not exactly good either. It has a decent heart and some lovely moments, but it also has many of the clichés that we’ve come to expect: An incontinence joke, a marijuana scene, stroke gags, a truly horrendous score and an appalling lack of curiosity about the characters we’re asked to spend a few hours with.

Even the title seems carelessly thrown at the movie as an attempt to peg it as a senior citizen “Mean Girls,” which it only sort of is. Curtin’s Janet is the of Regina George of the home and keeps her bridge and walking group small (just Ann-Margaret’s Margot and Devine’s Sally are members). But aside from that and a slow-motion walk into the lunchroom to claim their designated table, they don’t seem to yield much power or envy among the other residents. And it’s not too long before Helen, who is apathetic to their exclusivity, is invited to the bridge table. If you’re looking for a comedic, anthropological study of cliques in a retirement home, “Queen Bees” isn’t it.

“Queen Bees” also has the bones of a much better movie and is frustrating because of it. There is a sitcom blandness to the whole endeavor — any edge or personality has been flattened out. Characters get at most a single bit of background: One had five husbands, one had cancer, one sleeps around. In one jaw-dropping scene Helen tells Sally about her days protesting with Dr. King and has zero follow-up questions for her Black peer about HER experience during that time. Instead they pivot to talking about hair extensions, which Helen is just learning about. 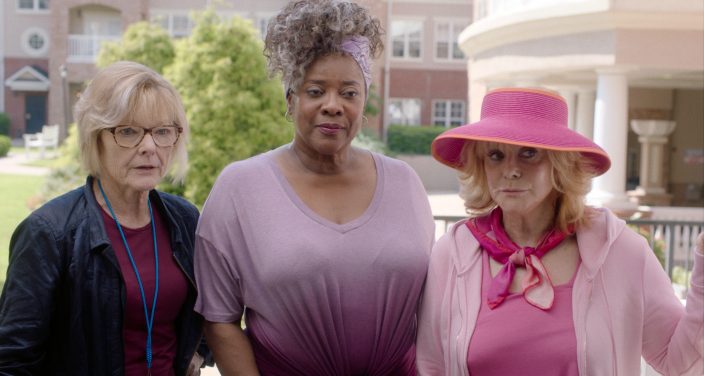 And for all the comedic talent in the film, from Curtin to Lloyd, who seem game for anything, there are precious few genuine laughs to be had. Perhaps the script should have allowed for more improvisation.

Yet mercifully everyone emerges with their dignity intact. Burstyn even finds ways to make her character deeper than what’s on the page and there’s a moving tenderness to her little flirtation with Caan’s Dan, who is blandly sweet and charming.

Helen’s most meaningful relationship in the film is with her very kind and attentive grandson (Matthew Barnes), who, when attempting to explain all the nuances of his 80-something grandmother to her potential suitor, reduces her to a Twitter bio: Likes famous quotes, ballroom dancing and neatness. Surely there must be more to her than that, you think. 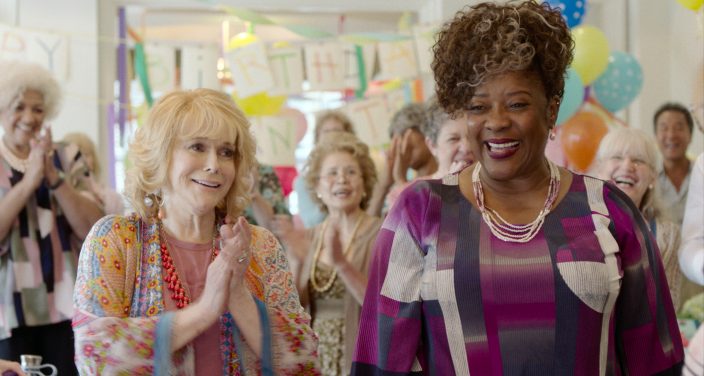 “Queen Bees” has the same problem: It’s a film that seems to have been dreamt up by a reverent grandchild who assumed they knew everything there was to know and never thought to ask the grandparent themselves.

“Queen Bees,” a Gravitas Ventures release, is rated PG-13 by the Motion Picture Association of America for “for drug use, suggestive material and some language.” Running time: 100. Two stars out of four. 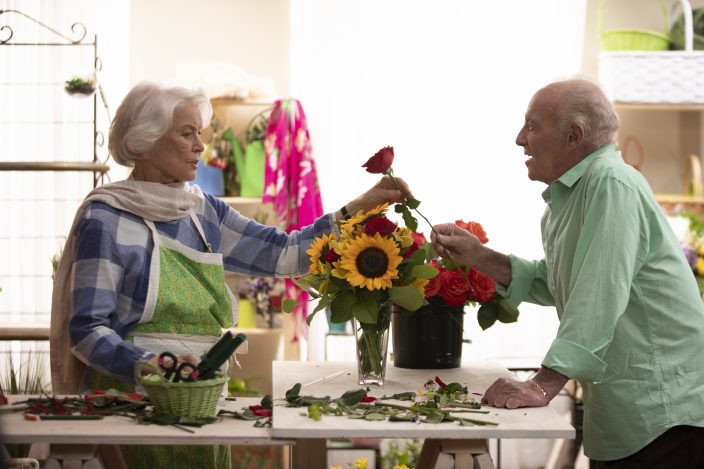 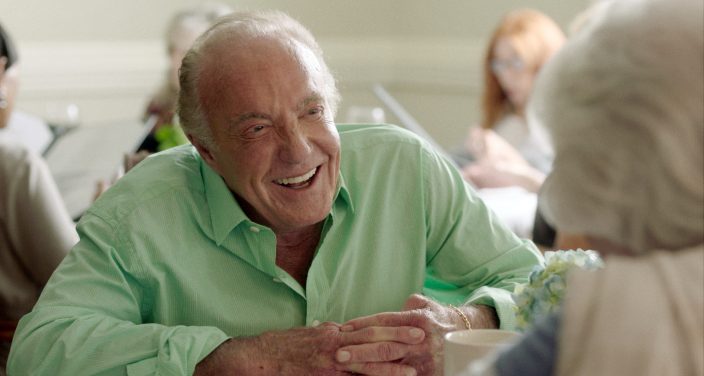 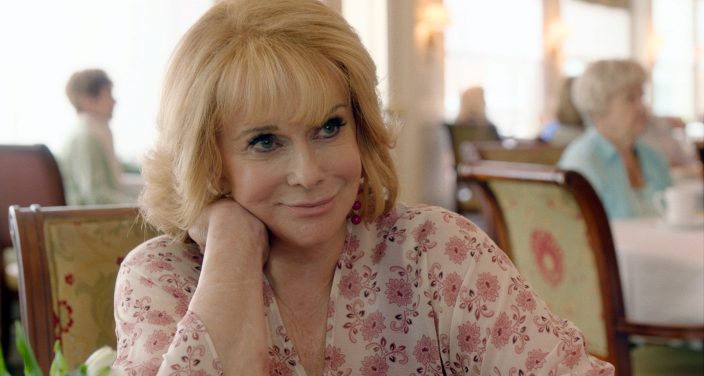 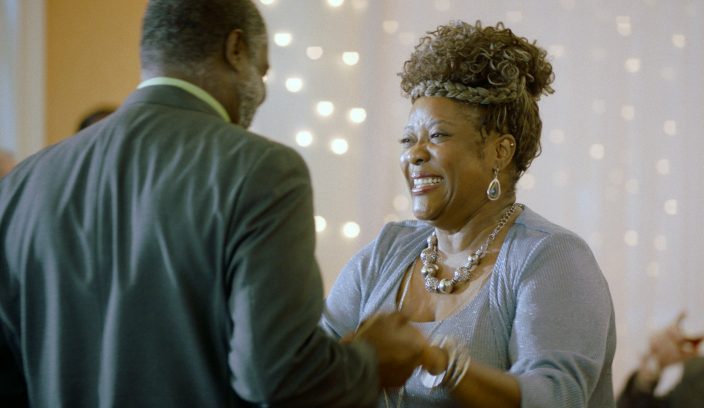 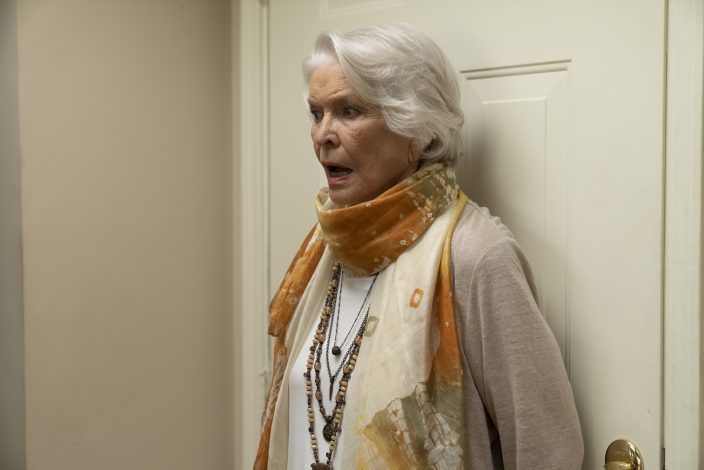