Wrigley Field allowed 100% capacity for the first time since 2019 on what the Cubs called "Opening Day 2.0:. They fell behind 5-1, then treated a crowd of 35,112 to a comeback win over their NL Central rivals.

Pederson gave the Cubs a 7-5 lead in the seventh with a two-run double off the wall in right-center against Génesis Cabrera (1-2). He also singled leading off the first and homered in his second straight game when he drove one to the center-field basket against against Johan Oviedo in the fourth. 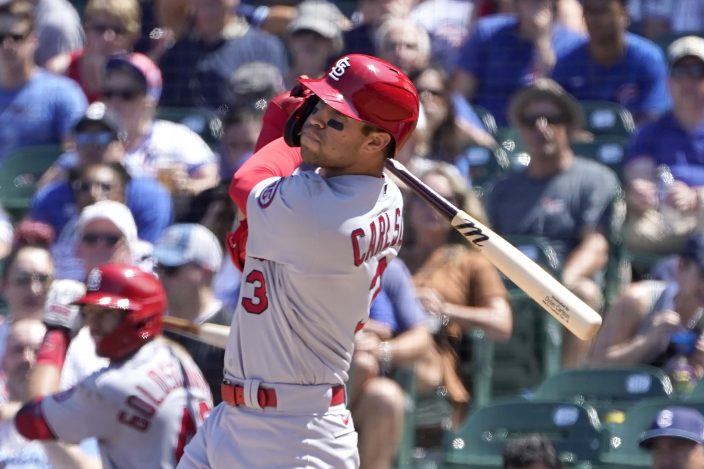 Rizzo tied it at 5-all in the sixth with his drive to right against Daniel Ponce de Leon. It came on the 14th pitch of the at-bat, the longest by a Cub to end in a homer since at least 1988, and the fans erupted in delight.

Contreras added a solo homer in the eighth.

Kohl Stewart got chased during a three-run fifth. But the Cubs scored three in the bottom half, knocking Oviedo out of the game, to pull within 5-4. 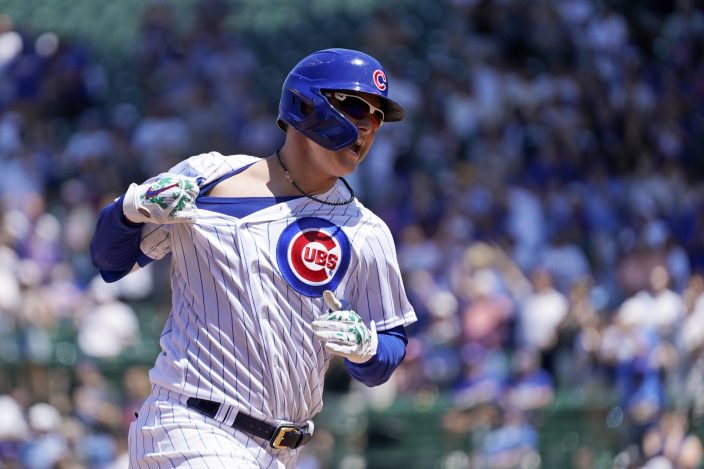 Chicago Cubs' Joc Pederson celebrates his home run off St. Louis Cardinals starting pitcher Johan Oviedo as he runs toward his teammates in the dugout during the fourth inning of a baseball game Friday, June 11, 2021, in Chicago. (AP PhotoCharles Rex Arbogast)

Stewart gave up five runs and six hits in four-plus innings. Four relievers combined to shut down the Cardinals.

Tommy Nance (1-0) threw two innings to win his first major league decision. Ryan Tepera worked the eighth, and Craig Kimbrel retired all three batters in the ninth for his 16th save in 18 chances.

The Cardinals lost for the seventh time in eight games and have fallen from first place before play to May 31 to a 32-31 record. 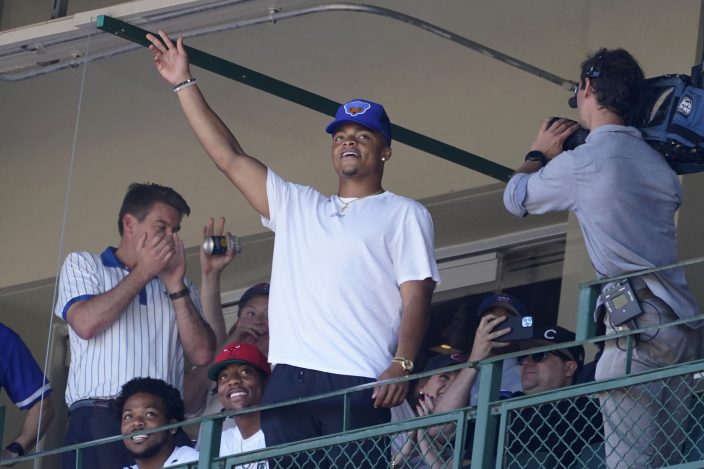 Chicago Bears' first-round draft pick, Ohio State quarterback Justin Fields, acknowledges the applause of the fans at Wrigley Field as he takes in a baseball game between the Chicago Cubs and the St. Louis Cardinals, Friday, June 11, 2021, in Chicago. (AP PhotoCharles Rex Arbogast)

Nolan Arenado drove in three runs. Yadier Molina had three hits, but the nine-time Gold Glove catcher also allowed runs to score on a passed ball and throwing error in the fifth. 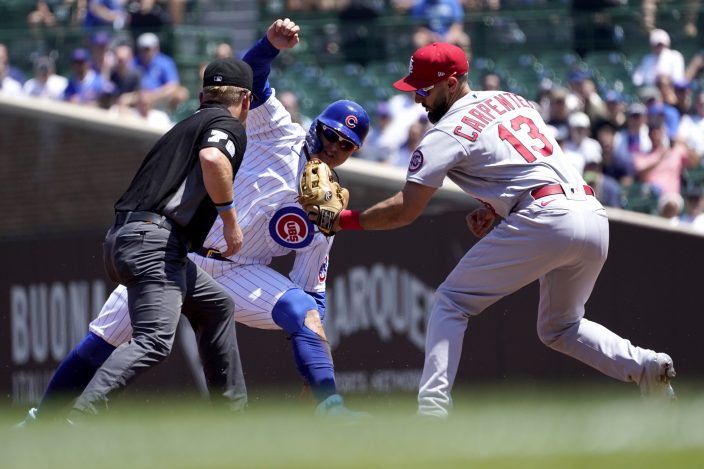 Cardinals: SS Paul DeJong (non-displaced rib fracture) returned to the lineup after being sidelined since May 12. ... The Cardinals were hopeful LHP Kwang Hyun Kim (lower back tightness) won't need to go on a rehab assignment before returning from the injured list, manager Mike Shildt said. ... RHP Kodi Whitley (back) has resumed playing catch and could throw off the mound in the next three to five days, Shildt said. 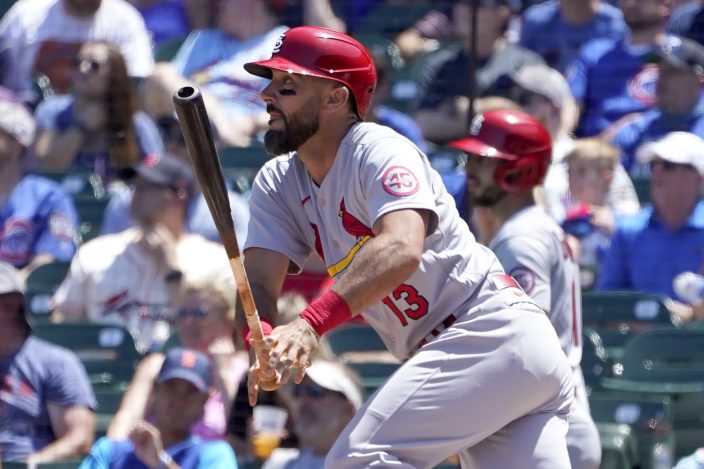 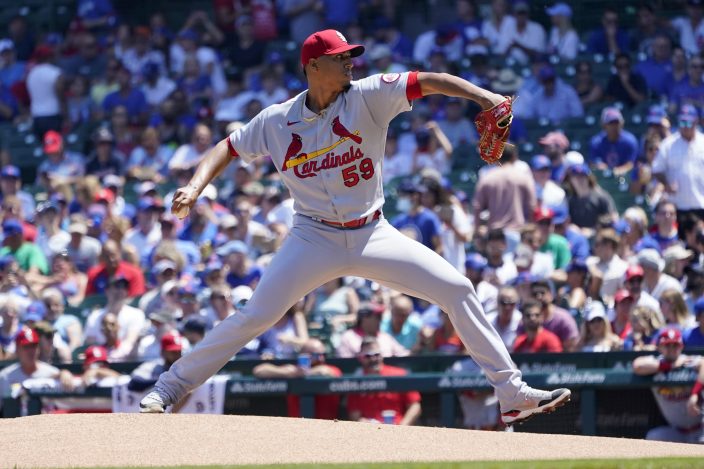 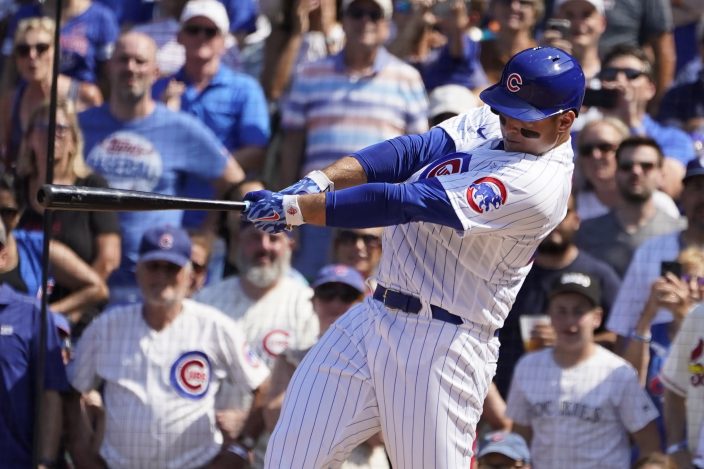