With his head wrapped in bandages the same color as his red shirt, Keiffer Moore nodded in an equalizer to give Wales a 1-1 draw with Switzerland on Saturday at the European Championship.

The goal off a cross from Joe Morrell in the 74th minute hinted that Wales could again be a surprise contender at Euro 2020, like it was five years ago when the team reached the Euro 2016 semifinals.

For Moore, it was the biggest step so far in a long journey to soccer’s elite after starting in the non-league system in southwest England. 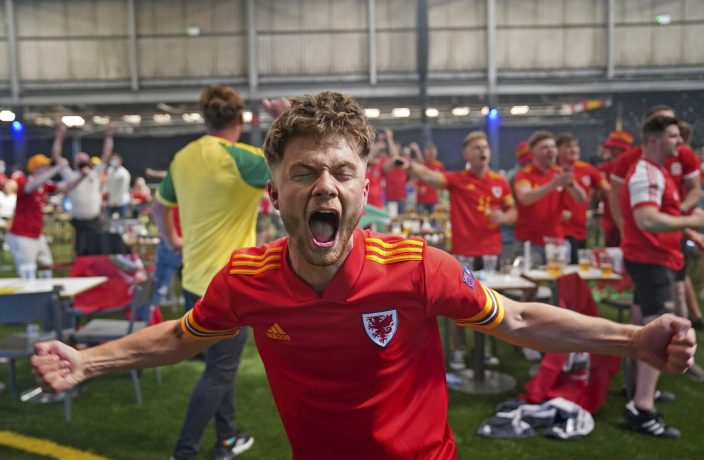 Wales fans celebrate a goal as they watch the UEFA Euro 2020 Group A match between Wales and Switzerland held at the Baku Olympic Stadium, Azerbaijan, at the Wales Fanzone at Vale Sport Arena, Cardiff, Saturday, June 12, 2021. (Jacob KingPA via AP)

He nearly gave Wales a lead with a looping header which Switzerland goalkeeper Yann Sommer stretched to push over the bar, but he was hurt in a clash on the resulting corner. Moore left the field bleeding and returned in bandages, but was largely cut out of the game as Wales defended deeper in the first half.

Switzerland dominated possession but wasted numerous chances before Breel Embolo scored the opening goal in the 49th minute. First he won a corner when his shot was pushed wide after a solo run, then rose above his marker to head in a cross from Xherdan Shaqiri.

The Swiss pushed for a winning goal after Moore's header and thought they had one when Mario Gavranovic put the ball in the net, but it was ruled offside on video review. 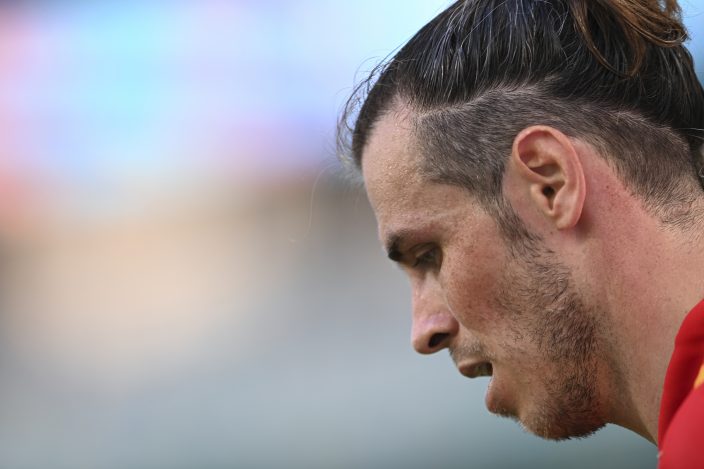 Wales' Gareth Bale looks down during the Euro 2020 soccer championship group A match between Wales and Switzerland, at the Baku Olympic stadium, in Baku, Azerbaijan, Saturday, June 12, 2021. (Ozan Kose, Pool via AP)

Italy leads Group A with three points after its 3-0 win over Turkey on Friday. Wales and Switzerland have one point each. 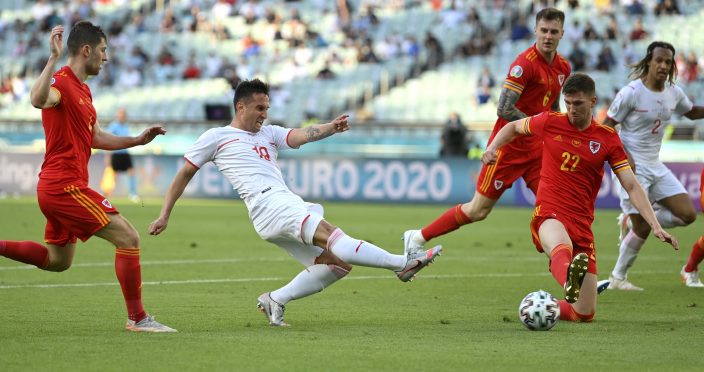