Experience is an invaluable ally in the Stanley Cup playoffs.

There’s little the defending champion Tampa Bay Lightning haven’t encountered during deep postseason runs five of the past seven years. The New York Islanders haven’t achieved as much but have progressed enough in three seasons under Barry Trotz to not feel like heavy underdogs in the Stanley Cup semifinals.

“We believe we’re a good team. We expected to be here. We knew it wasn’t going to be easy ... but coming into the season, we expected to be here,” New York’s Matt Martin said. “We’re proud and happy with what we’ve accomplished to this point, but the job is still not done and we have our sights set on going all the way.” 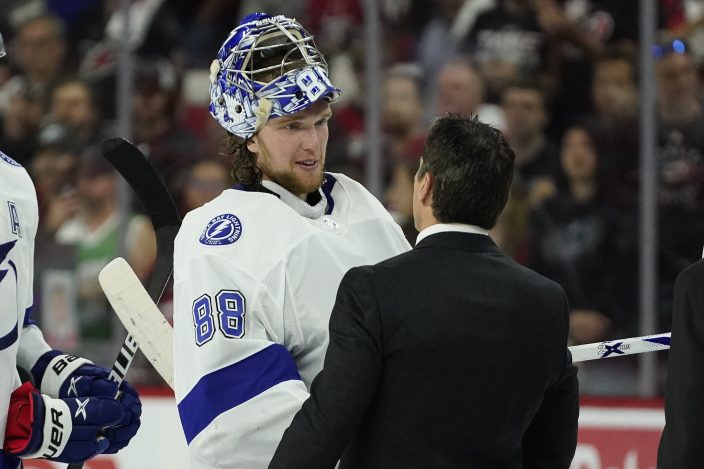 The opener Sunday is a best-of-7 rematch of the 2020 Eastern Conference final, which was played in the NHL bubble in Edmonton, Alberta, and won by Tampa Bay in six games.

The teams did not meet during the condensed 56-game regular season, which was limited to divisional play due to the coronavirus pandemic.. 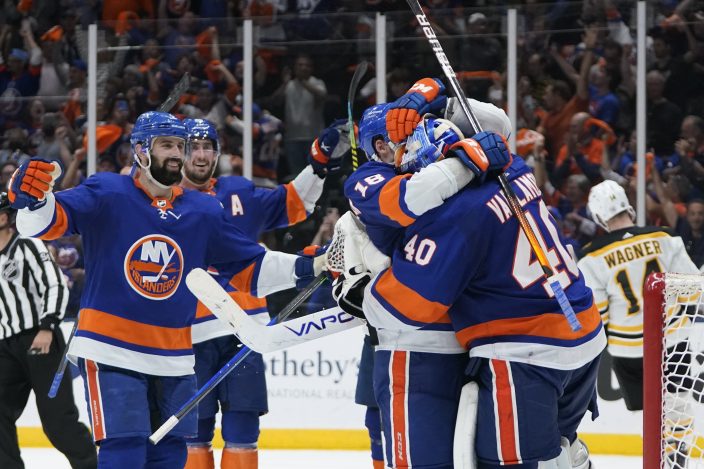 “They have a bevy of talent there, and they have a coach that pushes them all in the right direction. That's why they're good,” Cooper added. “There should be no surprise the Islanders are where they are.”

Or that Tampa Bay is in the NHL’s final four for a fifth time in seven seasons. The Lightning have won a franchise-best six consecutive playoff series since being swept in the first round by Columbus two years ago.

Nikita Kucherov is showing why he’s one of the league’s best players with 18 points in 11 games after missing the entire regular season while recovering from hip surgery. Braden Point and Steven Stamkos are lighting up the scoreboard in the playoffs as well, and Vezina Trophy finalist Andrei Vasilevskiy is anchoring a stingy defense that gave Florida and Carolina fits in the first two rounds.

“We haven’t played them, but if there’s a team that we’ve played most recent that we haven’t played in our division it would be them, which helps a little bit,” said Trotz, who's in his third season as coach of the Islanders.

“It’s going to be a battle of a series, just like it was in the bubble. We’re looking forward to the challenge,” New York’s Mathew Barzal said. 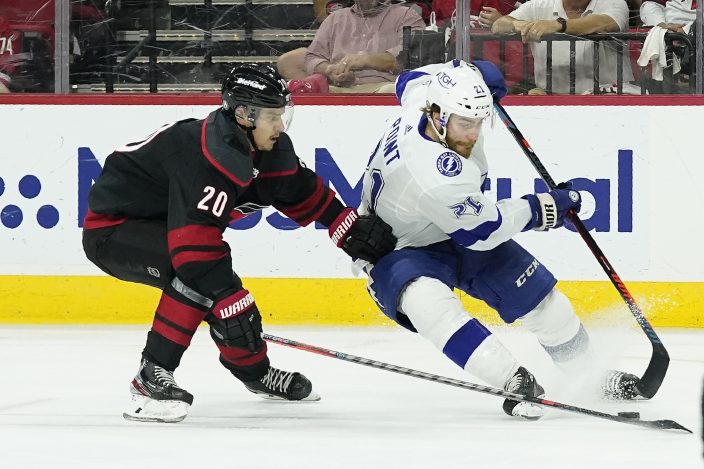 “We’ve got to go through them to get to where we want to go,” Martin added. “Our focus is on that and getting off to a good start Sunday.”

The Islanders, who’ve made the playoffs each of their three seasons under Trotz, eliminated Pittsburgh and Boston in the first two rounds.

“A lot of similarities on their end and the same with us,” Lightning defenseman Victor Hedman said.

“They’re a great team, play with a lot of speed, got some physical ‘D’ that can skate and good goaltending,” Hedman added. “When it comes down to four teams left, it’s the best of the best that are still here.”

NICE TO BE HOME?

The Lightning are starting a series at home for the first time this postseason. They won Games 1 and 2 on the road each of the previous two rounds, against the Panthers and Hurricanes. They’re 3-2 at Amalie Arena compared to 5-1 away from home.

The Islanders are the league’s most physical team with four players — Clutterbuck, Martin, Komarov and Pulock — in the top seven for hits. The Islanders did a masterful job shutting down Penguins stars Sidney Crosby, Evgeni Malkin and Jake Guenztel, limiting them to three goals and six assists in the first round. They weren’t as successful against Boston’s Perfection Line, as Brad Marchand, David Pastrnak and Patrice Bergeron combined for 10 goals and 12 assists in the second-round series. However, New York held the rest of the Bruins to just seven goals. They’ll have their work cut out for them against Nikita Kucherov, Brayden Point and Victor Hedman, who combined for nine goals, 14 assists in last year’s Eastern Conference finals, which Steven Stamkos missed.

After a strong regular season, Semyon Varlamov found himself on the bench while rookie Ilya Sorokin was shining in the first round. When Sorokin lost the series opener against Boston in the second round, New York coach Barry Trotz turned back to Varlamov and the veteran has been stellar since. He led the Islanders to a series win while giving up 12 goals in five games, posting a 2.26 goals-against average and .934 save-percentage.