Marcus Semien hit a two-run homer — one of three longballs by Toronto in the fifth inning — to extend his club-record road hitting streak to 25 games, and the Blue Jays rebounded from a tough loss to beat the Boston Red Sox 7-2 on Saturday.

Vladimir Guerrero Jr., Bo Bichette, Cavan Biggio and Reese McGuire also went deep for the Blue Jays, who had dropped four of their last five. They blew a late 5-1 lead and lost 6-5 in Friday’s series opener,

Rafael Devers had an RBI triple for the Red Sox, who had won seven of nine. 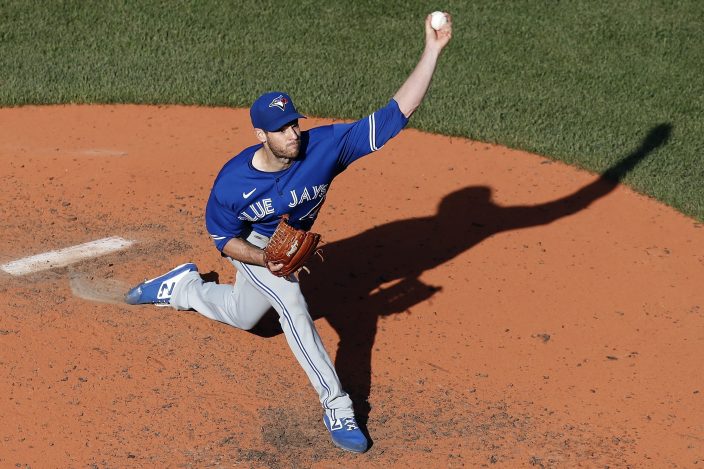 Guerrero got Toronto’s offense going early with his major league-leading 20th homer, a two-run shot estimated at 439 feet against Nick Pivetta that left Fenway Park over the Green Monster in the first inning.

Bichette sent one even further, belting an estimated 468-foot drive out of Fenway over the Monster, going back to back after Semien’s shot.

Biggio opened the fifth with a drive into the first row of Monster seats. 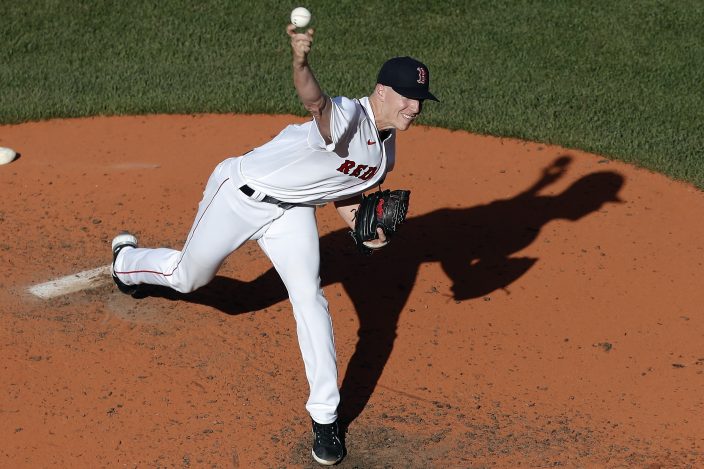 Steven Matz (7-3) held the Red Sox to four hits and a run over 5 2/3 innings, striking out eight with two walks.

Pivetta (6-2) gave up a season-high six runs and allowed four — a career worst — of the Blue Jays’ homers. 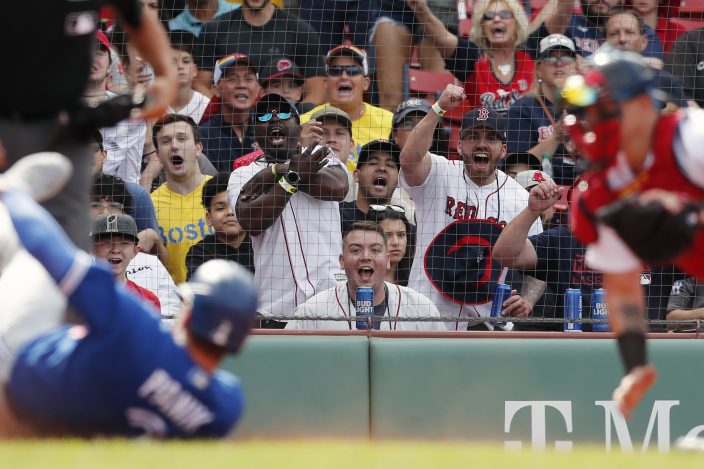 Blue Jays manager Charlie Montoyo said Guerrero’s outstanding start this season isn’t getting noticed because how poorly the team’s bullpen has been.

Guerrero entered the day batting .336, leading the majors in homers and RBIs.

“Nobody’s talking about it because our bullpen’s struggling,” Montoyo said.

Red Sox CF Kiké Hernández cut down Joe Panik at the plate, trying to score on a medium-deep fly for an inning-ending double play.

Blue Jays: OF George Springer, who has played just four games this season as he recovers from a quad injury suffered rehabbing an oblique strain, could start a rehab assignment soon. Montoyo said he ran the bases in Fenway on Saturday and was going to take batting practice. Springer signed a $150-million, six-year deal as a free agent during the offseason.

Red Sox: SS Xander Bogaerts, scratched from Friday’s game because of a sore left knee, didn’t play Saturday. “I’m not in a rush with this one because of how important he is,” manager Alex Cora said. “If we have to stay away from him (Sunday), we will.”

Toronto LHP Robbie Ray (3-2, 3.36 ERA) is set to start Sunday against Boston lefty Martín Pérez (4-3, 3.88). Pérez is coming off his worst start of the season Tuesday, when he gave up six runs in only two innings.