Matt Olson had four hits, including his 16th home run, and the Oakland Athletics roughed up Kansas City rookie Jackson Kowar in romping past the Royals 11-2 on Saturday.

Matt Chapman also connected and drove in three runs. Skye Bolt added his first career home run as the A’s improved to 11-2 against teams from the AL Central. 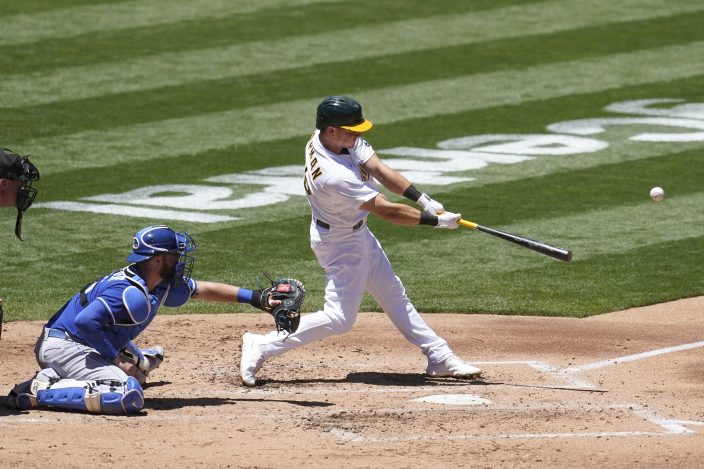 The highly touted Kowar (0-2) was tagged for four runs on five hits and three walks in just 1 1/3 innings.

Kowar made his major league debut last Monday and got only two outs against the Angels, allowing four runs on three hits, two walks and three wild pitches.

Kelvin Gutiérrez homered for Kansas City, which has lost seven of eight. 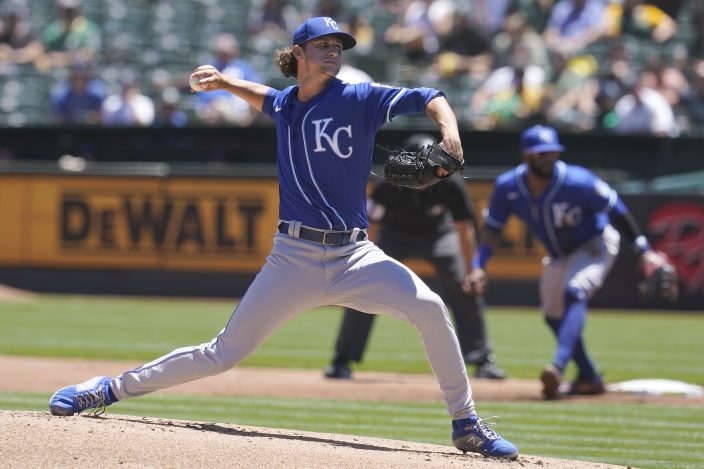 Olson had singles in the first and sixth innings, doubled in a run in the second and homered off Wade Davis as part of Oakland’s five-run eighth.

Chapman lined a two-run double off the left-field wall against Kowar in the second, then hit an opposite-field home run off Carlos Hernández in the sixth. It’s Chapman’s first home run since May 5.

Bolt hit his home run leading off the eighth. 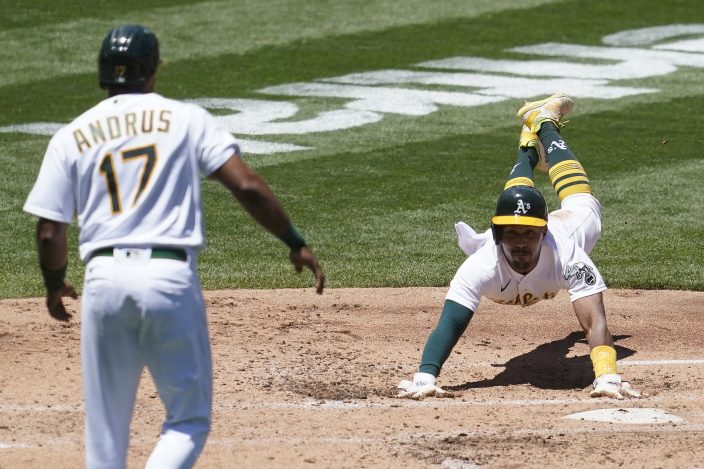 Oakland Athletics' Elvis Andrus (17) watches as Tony Kemp slides home as both scored on a two-run double hit by Matt Chapman during the second inning of a baseball game against the Kansas City Royals in Oakland, Calif., Saturday, June 12, 2021. (AP PhotoJeff Chiu)

Acquired from the Yankees in 2017 as part of a trade that sent pitcher Sonny Gray to New York, Kaprielian walked a career-high four but had seven strikeouts and retired the final eight he faced after back-to-back walks in the fourth.

Kaprielian twice pitched out of bases-loaded jams, getting Andrew Benintendi to pop out to end the second and Nicky Lopez to ground out in the third.

Jesús Luzardo retired five batters and allowed Gutiérrez’s home run. Sergio Romo got the final out in the eighth and Cam Bedrosian pitched the ninth to complete the five-hitter. 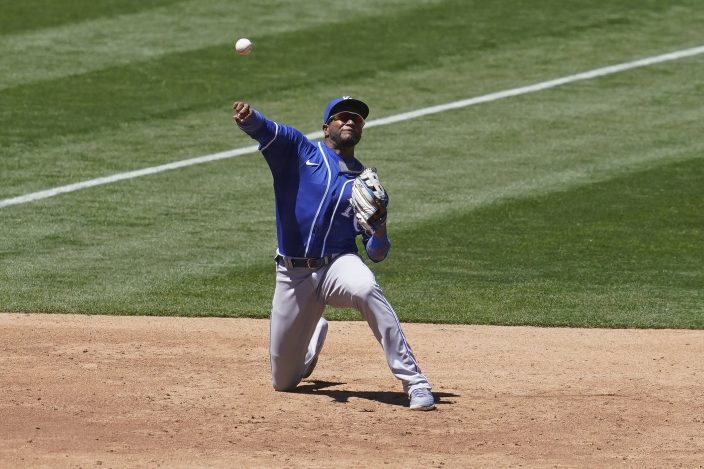 Royals: LHP Danny Duffy came out of his latest throwing session feeling well, although manager Mike Matheny again declined to set a timetable for Duffy’s return. “I don’t imagine we’d even talk about anything until we’ve given him live action or multiple innings of live action,” Matheny said. “He felt really good yesterday and was excited about being able to throw all his pitches.” … Matheny said “there’s realistic hope” that INF Adalberto Mondesi (left hamstring strain) will come off the IL when the Royals return to Kansas City to begin a six-game homestand Monday.

Athletics: Leadoff batter Mark Canha was given the day off. … RHP Mike Fiers has taken a pause in his throwing program after feeling some discomfort in his most recent workout while recovering from a sprained right elbow. Manager Bob Melvin wouldn’t call it a setback because Fiers has yet to throw off a mound. 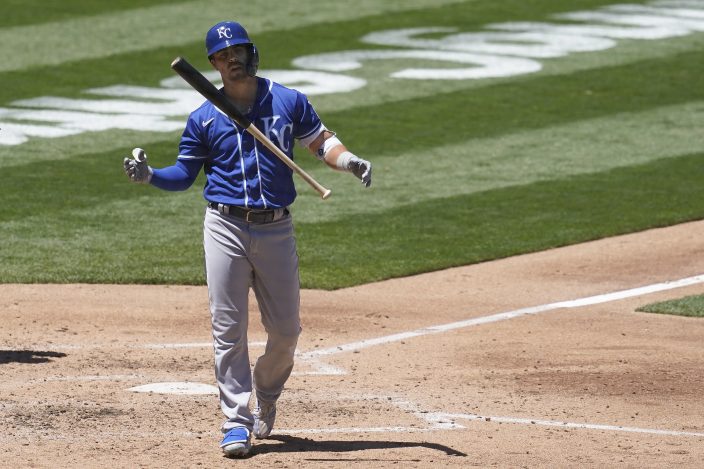 Kansas City Royals' Whit Merrifield walks to the dugout after striking out against the Oakland Athletics during the third inning of a baseball game in Oakland, Calif., Saturday, June 12, 2021. (AP PhotoJeff Chiu)