Anthony Rendon homered and drove in four runs, and the Los Angeles Angels rallied from a five-run deficit to beat the Arizona Diamondbacks 8-7 on Saturday.

Trailing 6-5, the Angels scored three runs in the top of the ninth inning off Arizona closer Joakim Soria. Jose Iglesias and Taylor Ward had RBI singles and Rendon delivered a sacrifice fly.

Reliever Alex Claudio (1-1) pitched a scoreless inning of relief to get the win and Raisel Iglesias earned his 11th save for Los Angeles. 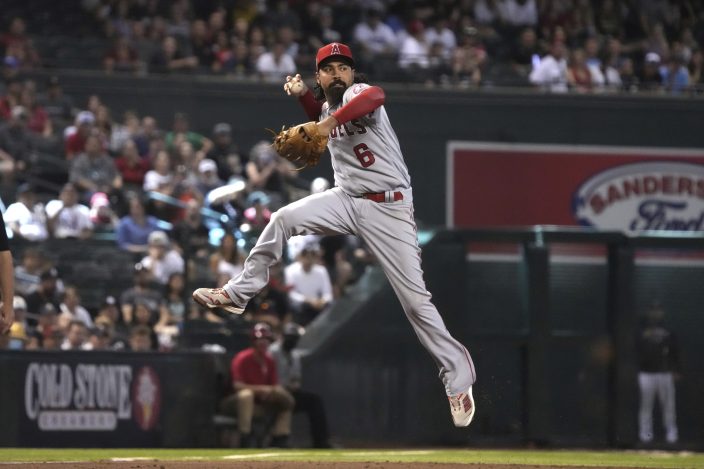 Arizona took a 5-0 lead off Los Angeles starter Alex Cobb in the third inning. The Diamondbacks batted around and had six straight hits off Cobb, all coming with two outs. David Peralta drove in two runs with a double, Christian Walker added an RBI double and Eduardo Escobar had an RBI single. 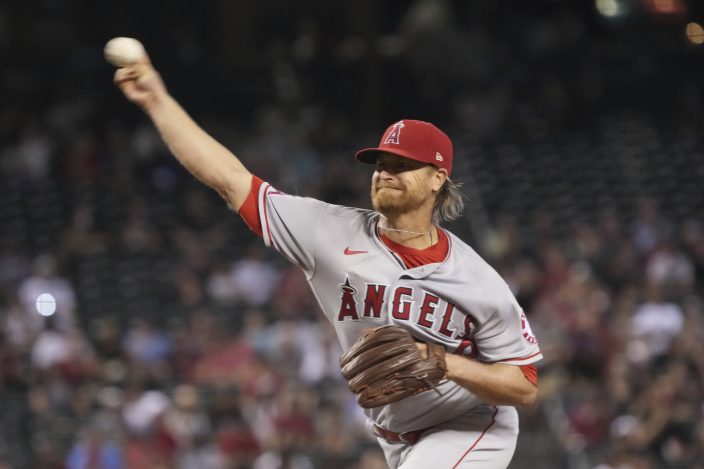 Cobb was pulled after three innings, his shortest outing since April 28. He allowed five runs on seven hits and threw a wild pitch.

Los Angeles cut the lead to 5-2 in the fourth inning on Rendon's solo homer and an RBI pinch-hit single by Phil Gosselin.

Rendon drove in Justin Upton and Max Stassi with a double in the top of the fifth to make it 5-4. Stassi doubled after a 12-pitch at-bat in which he fouled off five straight pitches. 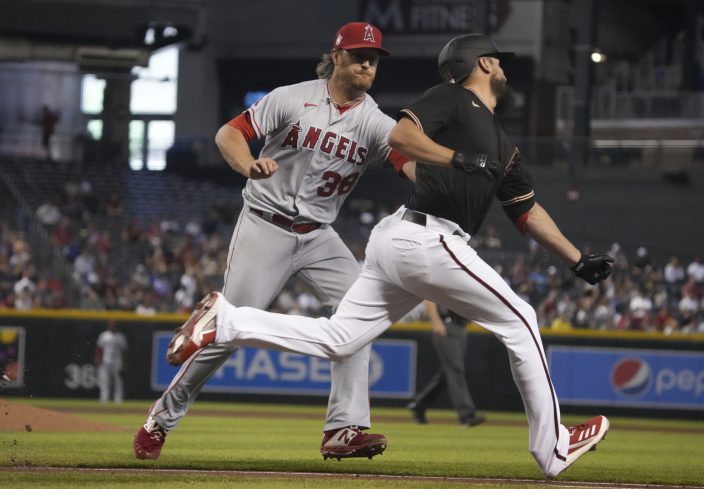 Arizona Diamondbacks' Caleb Smith gets tagged out by Los Angeles Angels' Alex Cobb (38) after laying down a sacrifice bunt in the third inning during a baseball game, Saturday, June 12, 2021, in Phoenix. (AP PhotoRick Scuteri)

Rojas gave the Diamondbacks a two-run cushion in the top of the seventh with a lead-off homer off reliever Jose Suarez. The Angels sliced the margin to 6-5 on a sacrifice bunt by Kean Wong, but Shohei Ohtani, who had a pinch-hit single, was stranded at third to end the eighth inning 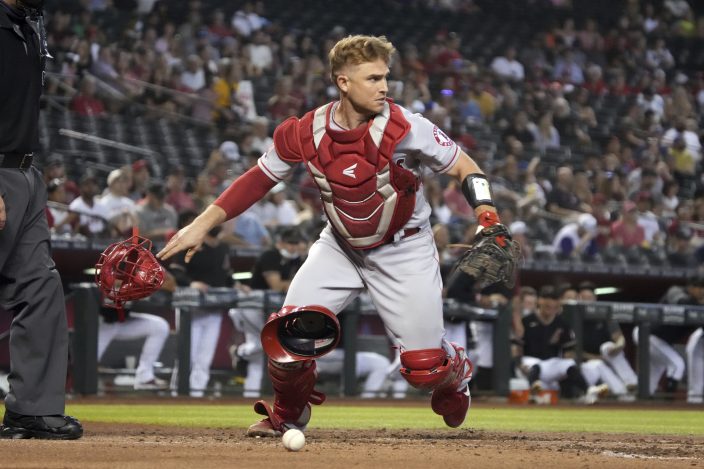 Los Angeles Angels catcher Max Stassi throws his gear after blocking the ball in the third inning during a baseball game against the Arizona Diamondbacks, Saturday, June 12, 2021, in Phoenix. (AP PhotoRick Scuteri)

Los Angeles traded RHP Hunter Strickland to Milwaukee for cash considerations. Strickland had a 9.95 ERA in nine appearances for the Angels. Los Angeles had designated Strickland for assignment earlier in the week. 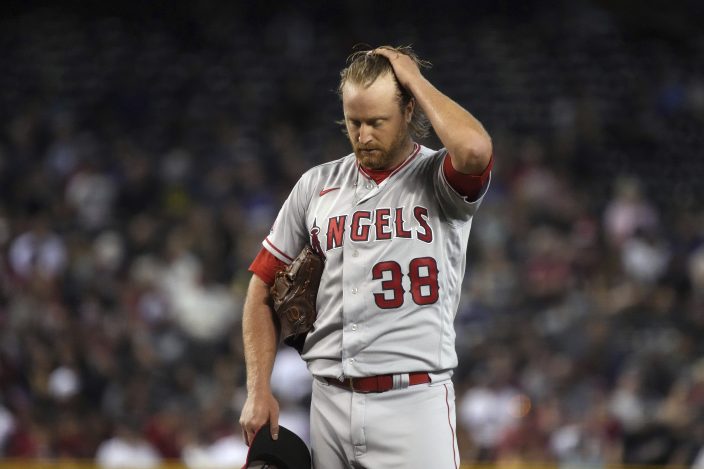 Arizona first baseman/outfielder Pavin Smith leads all rookies in hits (65), doubles (14) and extra-base hits (22) and has the highest average in the major leagues (.426) since May 25. 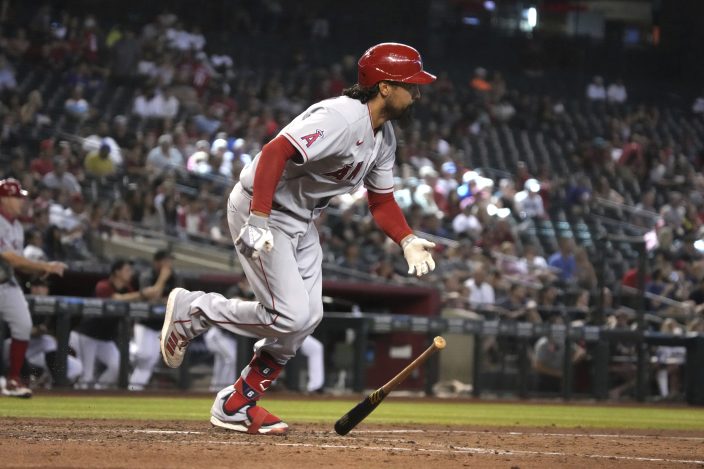 LHP Patrick Sandoval (0-2, 3.62) will look for his first win of the season Sunday for Los Angeles while Arizona will counter with RHP Jon Duplantier (0-2, 10.03), who will face the Angels for the first time in his career.

Ohtani delivers on mound, at plate as Angels top D-backs 6-5