Chesson Hadley moved a step closer to his first PGA Tour victory in seven years, opening a four-stroke lead over Harris English and six over Dustin Johnson on Sunday in the rain-delayed Palmetto Championship at Congaree.

Hadley, English, Johnson and Lee Tain were all on the 18th hole when the horn sounded to stop play because of lightning. Rain followed about 10 minutes later and officials waited more than two hours for things to clear before telling the players they had to return to finish Sunday morning.

Hadley, in the final group, had just driven into the fairway. English and Tain were preparing to putt. Johnson had yet to hit. 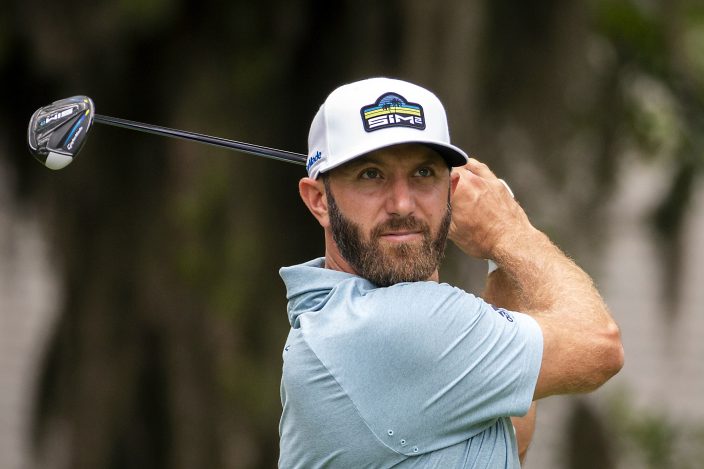 FILE - In this April 15, 2021, file photo, Dustin Johnson watches his drive off the eighth tee during the first round of the RBC Heritage golf tournament in Hilton Head Island, S.C. (AP PhotoStephen B. Morton, File)

Hadley stands 19 holes away from closing out a surprising week with his second career tour victory after entering this tournament off five consecutive missed cuts.

Hadley surged late with four birdies on a five-hole stretch of the back nine to reach 14 under.

English was 10 under. Johnson, who was tied for the lead early in the round, dropped into a third-place tie with South Africa's Garrick Higgo at 8 under. Higgo finished with a 68. 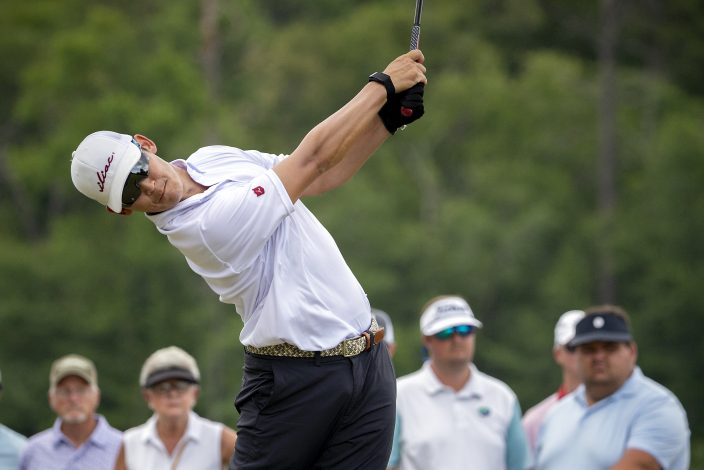 Tain Lee tees off on the first hole during the third round of the Palmetto Championship golf tournament in Ridgeland, S.C., Saturday, June 12, 2021. (AP PhotoStephen B. Morton)

Hadley was holding a halfway lead for the first time in PGA Tour career. And paired with world No. 1 Johnson, Hadley seemed poised to fall — especially after his opening drive went left of the fairway and led to bogey. One hole later, Johnson's birdie had them tied for the top.

But it was Johnson who faltered, looking more like the error-prone bal- striker who missed cuts at the Masters and the PGA Championships the past two months than the one who confidently took control of his home-state Congaree Golf Club in the two opening rounds.

Englishman Tyrrell Hatton, 11th in the world, and Bo Van Pelt were tied for fifth at 7 under. Hatton shot a 68 while Van Pelt had the day's lowest score at 66. 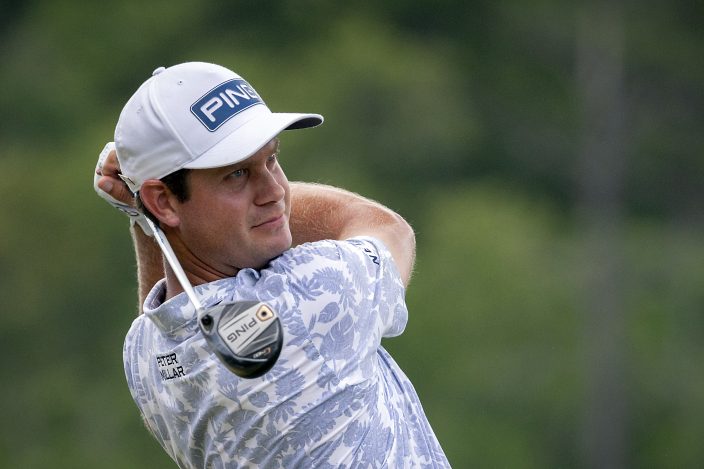 Harris English watches his drive off the first hole during the third round of the Palmetto Championship golf tournament in Ridgeland, S.C., Saturday, June 12, 2021. (AP PhotoStephen B. Morton)

Hadley, the PGA Tour's rookie of the year in 2014 whose only victory came that same season, moved back on top with three straight birdies on the 12th, 13th and 14th holes. The last was a perfectly struck putt from 32 feet away to separate from the field.

No one could catch up on a hot, steamy South Carolina Saturday, leaving Hadley 18 holes, uh, 19, from his second career tour victory.

Hadley had missed 10 cuts in his last 12 tournaments and acknowledged he wasn't sure what to expect at Congaree, filling in for the RBC Canadian Open which was called off due to COVID-19 for a second straight season. 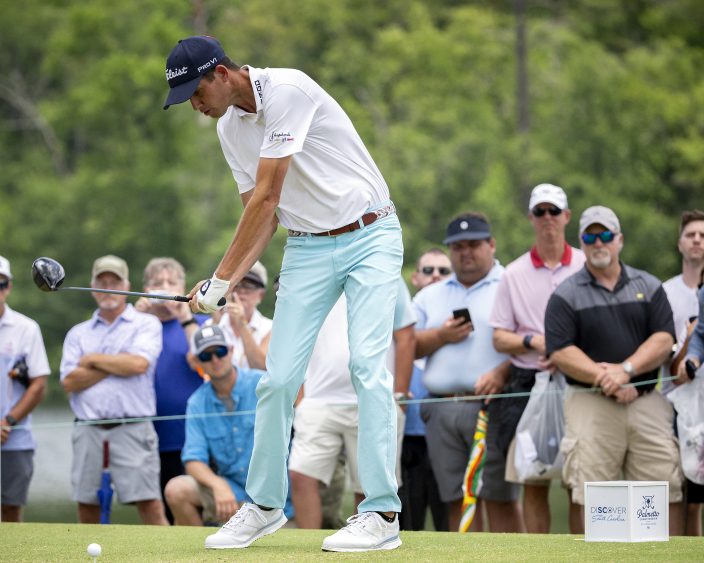 Chesson Hadley hits off the first tee during the third round of the Palmetto Championship golf tournament in Ridgeland, S.C., Saturday, June 12, 2021. (AP PhotoStephen B. Morton)

So Hadley went out and shot 11-under 131 his first two rounds — his best start to a PGA Tour event since 2016 and his first-ever 36-hole lead on tour.

He found that form again when he needed it most on the back nine to regain the lead after surprise challenger Lee (more on that later) had birdies on four of the first five holes to move in front at 11-under.

Hadley held firm after his opening bogey before his birdie run left him on top once more. 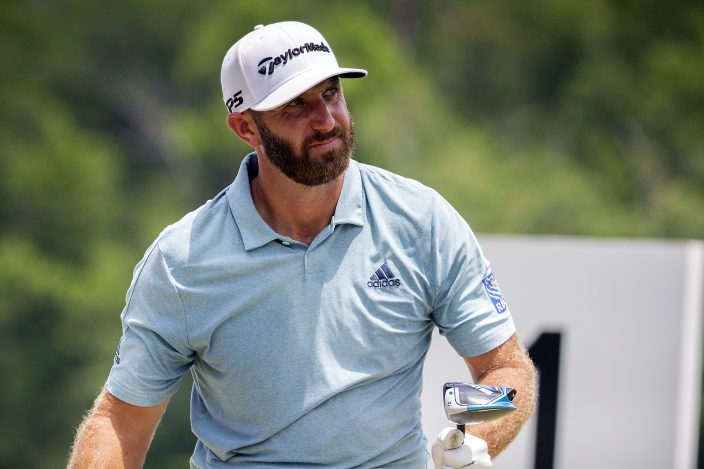 Dustin Johnson watches his shot off the first tee during the third round of the Palmetto Championship golf tournament in Ridgeland, S.C., Saturday, June 12, 2021. (AP PhotoStephen B. Morton)

Lee is a 31-year-old from Columbia, Maryland, who had to qualify last Sunday to make the field for only his third start on the PGA Tour. He was four shots behind Hadley and in the next-to-last group when his early surge took him to the front.

But Lee, whose biggest accomplishment may be the NCAA Division III individual title he won in 2013 for Claremont-Mudd-Scripps combined college team, could not maintain his poise during one of the biggest rounds of his career with three bogeys and a double bogey over a five-hole stretch of the back nine.

English may be the most capable of spoiling Chesson's chances. English has won three times on tour, including this past January at the Sentry Tournament of Champions.

He was bogey free with five birdies through 16 holes. But he missed an 8-footer to save par on the 17th. He has a birdie try on the 18th when English returns to complete the round.