Christian Yelich hit a three-run double during a five-run fourth inning and the Milwaukee Brewers bailed out starter Corbin Burnes in a 7-4 victory over the Pittsburgh Pirates on Sunday.

Burnes allowed three runs in the first inning, got himself under control but then loaded the bases with no outs in the fifth. Trevor Richards (1-0) relieved and struck out three straight to end the threat and preserve a three-run lead.

Yelich had two hits for his first multihit game since May 24 and sixth of the season. Omar Narvaez also had two hits — RBI singles in the third and fourth innings. 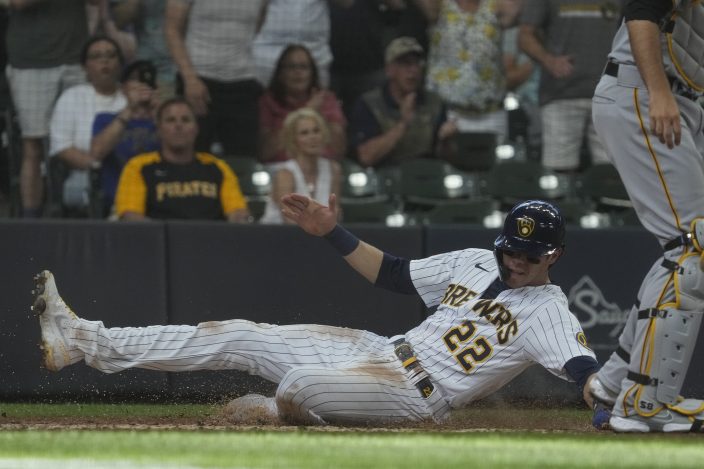 Milwaukee Brewers' Christian Yelich scores from first on a hit by Omar Narvaez during the third inning of a baseball game against the Pittsburgh Pirates Saturday, June 12, 2021, in Milwaukee. (AP PhotoMorry Gash)

The Pirates had 10 hits, including three from second baseman Adam Fraizer, but went 2 for 16 with runners in scoring position and stranded 10.

Pittsburgh got an early jump on Burnes, who gave up four runs, two earned, with eight hits and three walks while striking out eight over four innings. 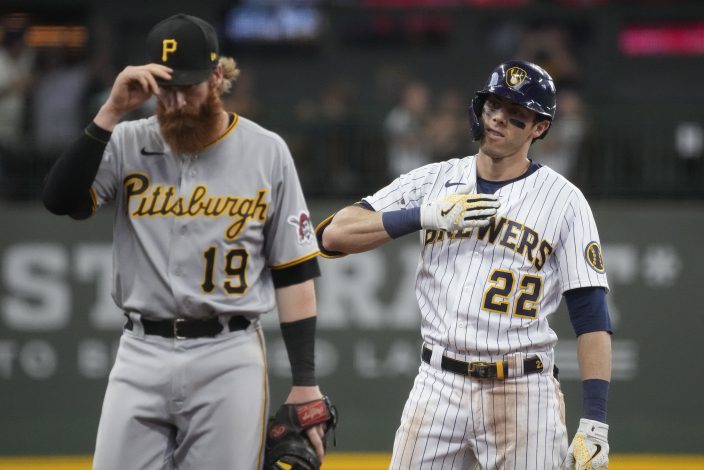 Milwaukee Brewers' Christian Yelich reacts after hitting a three-run scoring double during the fourth inning of a baseball game against the Pittsburgh Pirates Saturday, June 12, 2021, in Milwaukee. (AP PhotoMorry Gash)

The normally locked-in Burnes got off to a rough start and found himself in a 2-0 hole just 19 pitches into the game. Fraizer and Phillip Evans opened with back-to-back singles and scored when Burnes made a bad throw on a comebacker by Bryan Reynolds.

Reynolds scored when Jacob Stallings bounced into a double play for the first two outs of the inning, and the Pirates added another when Erik Gonzalez and Ka’ai Tom opened the second with consecutive triples.

Burnes retired seven of his next 10 batters, striking out five, before struggling in the fifth. 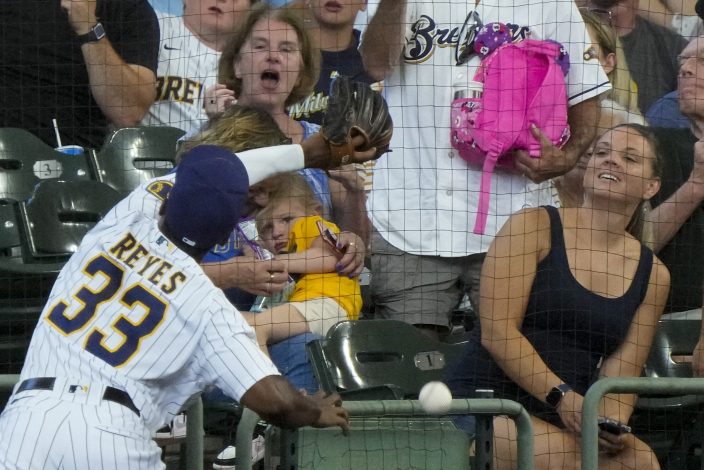 Brewers third baseman Travis Shaw will take a few more days to let the pain in his dislocated shoulder subside before starting a rehab plan that he hopes will have him back on the field before the end of the season.

“We’re not giving up,” Shaw said. “I think there’s a chance that 3-4 weeks from now, we start strengthening it a bit and 5-6 weeks from now we can possibly start developing a rehab assignment plan. Then, once I go down there, see how it feels playing in a game and then go from there." 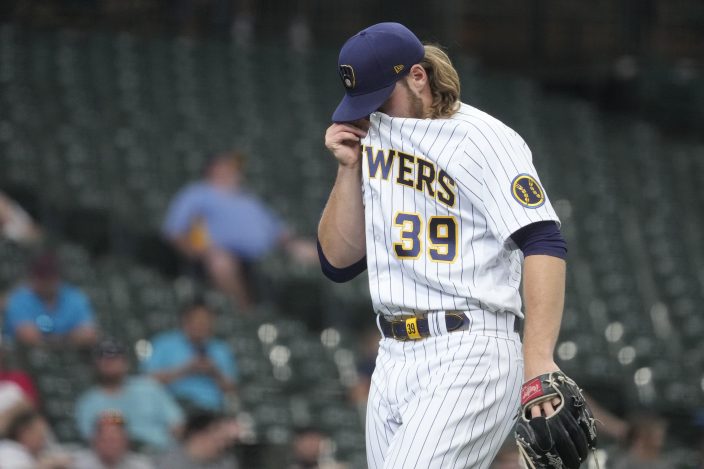 Milwaukee Brewers starting pitcher Corbin Burnes wipes his face as he walks off the moundduring the first inning of a baseball game against the Pittsburgh Pirates The Pirates scored three runs in the inning. Saturday, June 12, 2021, in Milwaukee. (AP PhotoMorry Gash)

Shaw said he caught a break because the injury happened to his left, non-throwing shoulder, which would also be his lead shoulder while batting.

The Pirates optioned struggling stratng pitcher Mitch Keller to Triple-A Indianapolis on Saturday, hoping the right-hander can rediscover the form that made him the organization’s top prospect. 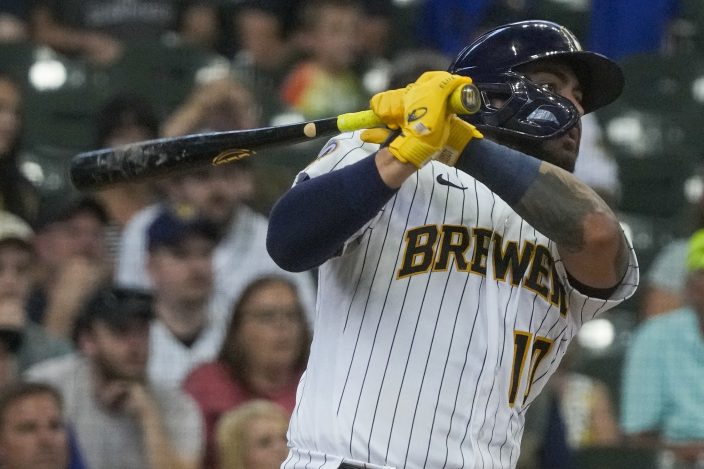 “Mitch Keller is going to be a good major league pitcher,” Pirates manager Derek Shelton said. “When young pitchers have struggles, it’s our job to come up with a program and a plan to help them get back to this level and be successful at this level. That’s what we’re doing with Mitch.”

Pirates: Pittsburgh placed LHP Trevor Cahill on the 10-day injured list with a left calf strain. Cahill is 1-5 with a 6.57 ERA in nine appearances (eight starts) this season for the Pirates, who signed him to a one-year deal in mid-March.

Brewers: Along with transferring Shaw to the 60-day injured list, Milwaukee placed outfielder Tyrone Taylor on the 10-day injured list with a strained right shoulder suffered while making a throw during batting practice on Friday.

Will Crowe (0-4, 7.26 ERA) was recalled from Indianapolis and will start in Cahilll’s place Sunday when the Pirates wrap up their three-game trip to Milwaukee. Crowe was sent down after allowing eight runs over four innings in his last start on June 1 against the Royals. Right-hander Adrian Houser (4-5, 3.66) gets the nod for Milwaukee. Houser took the loss in his last meeting with the Pirates, allowing three runs over 4 1/3 innings on April 16.