Cambrea Sturgis of North Carolina A&T swept the women's 100 and 200 meters Saturday in the NCAA outdoor track and field championships, 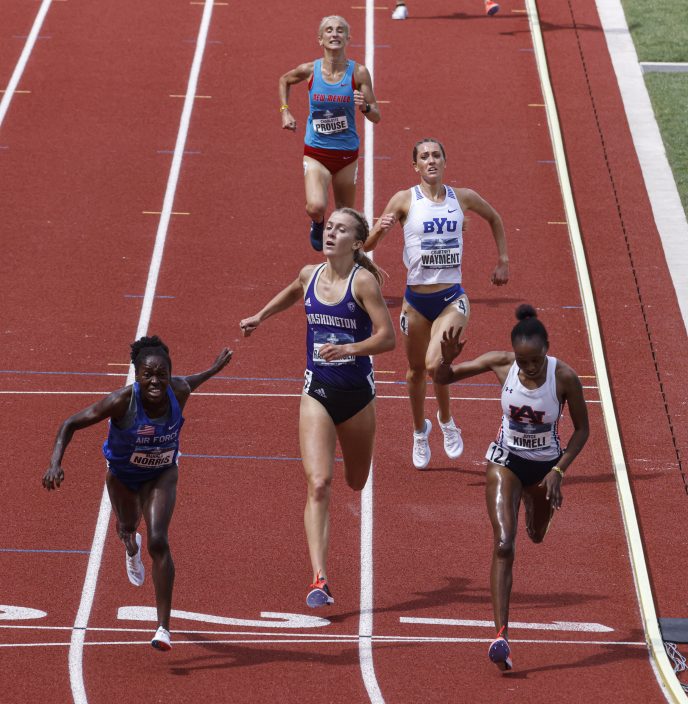 North Carolina A&T was third in the 1,600 relay. The Aggies men also fared well at the meet, with Randolph Ross winning the 400 in 43.85 and a third-place team finish.

“We can go out there and do it if we put our minds to it,” she said about competing for the historically black college.

USC’s Anna Cockrell won the 100 and 400 hurdles, becoming just the second woman to pull off the double in those events in the NCAA meet.

“Ever since I came to college this was my dream honestly, to double. I know only one other person had done it before me,” Cockrell said. “I don’t think it has sunken all the way in yet, I finished my interview for 400 hurdles down there and then I burst into tears.”

BYU senior Anna Camp won the 1,500 in a personal-best 4:08.53 ahead of a strong field that included Colorado's Sage Hurta, the the women's indoor mile champion. Hurta finished second.

“I knew Sage was crazy fast, so my goal was to sit on her shoulder for a lot of the 1,500 and win," Camp said. "My legs felt good, I was just hopeful that I could outrun her through that push,” Camp said.

On Friday, LSU won its first men’s team title since 2002.

The NCAA championship was among the first major meets at Hayward Field since it underwent an extensive renovation.

The U.S. Olympic team trails get underway at Hayward next week. Sturgis is among the college athletes hoping for a spot on the team for Tokyo.