A look at what's happening around the majors Sunday:

Jacob deGrom plans to make his next scheduled start for the Mets despite having to leave his most recent outing because of an elbow ailment. DeGrom played catch and threw a bullpen session Saturday afternoon, a day after he exited after six scoreless innings against San Diego because of right flexor tendinitis. 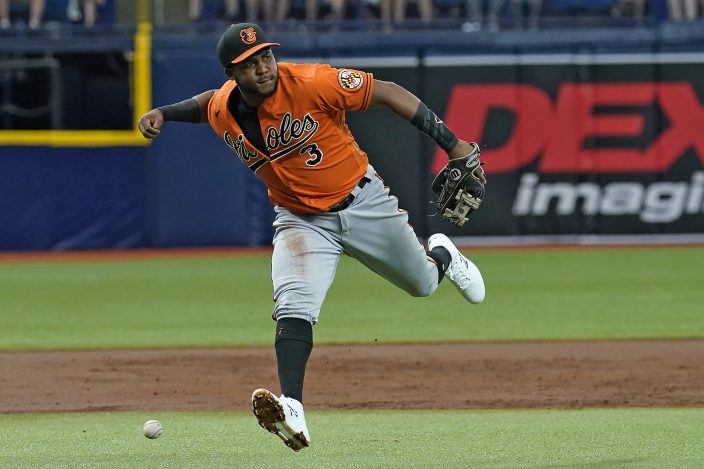 Manager Luis Rojas said his ace should be ready to face the Chicago Cubs on Wednesday. A precautionary MRI showed no problem, Rojas said.

DeGrom was pulled after 80 pitches of one-hit ball against the Padres. He was not concerned the diagnosis will disrupt his dominant season. His 0.56 ERA is the lowest ever by a pitcher through 10 starts.

Yankees right-hander Luis Severino is slated for an MRI a day after being removed from a minor league rehab start with a right groin injury. Severino was making his second rehab appearance following Tommy John surgery in February of 2020, pitching for High-A Hudson Valley against Brooklyn.

The 27-year-old began to hobble quickly after throwing a pitch in the second inning. He limped behind the mound, struggling to put weight on his right leg. Coaches and a trainer had to help him off the field.

Severino, a two-time All-Star and a 19-game winner in 2018, looked sharp in his first rehab appearance, reaching 98 mph with his fastball. He pitched 1 2/3 innings Saturday, allowing a run, a hit and a walk while striking out three.

The Padres have matched a season high with four straight losses, a skid they hope to snap against the Mets with RHP Chris Paddack (2-5, 4.27) on the mound.

San Diego’s skid has come against a pair of first-place teams -- the NL Central-leading Cubs and NL East-best Mets -- but the club has also lost 10 of 13 overall. The Padres were hitless in two at-bats with runners in scoring position during a 4-1 loss to New York on Saturday and have tied the 1996 team record by going 13 straight games without multiple hits with runners in scoring position.

Athletics right-hander Chris Bassitt (6-2, 3.44 ERA) has won a career-high six straight decisions going into his start against Kansas City at the Coliseum.

The game is set to start in Oakland several hours before the best in show ribbon will be awarded at the 145th Westminster Kennel Club dog show, being held outdoors this year in Tarrytown, New York. Bassitt hopes to do better than basset hounds have fared at America’s top pooch pageant -- no basset has ever won the top prize.

The Orioles have lost 14 straight road games, their worst skid since the St. Louis Browns moved to Baltimore in 1954 and became the Birds.

The O’s had 13-game road droughts in 2018 away from Camden Yards and 1988 away from Memorial Stadium.