José Berríos threw seven commanding innings for Minnesota against the highest-scoring team in the majors, Jorge Polanco had three RBIs and the Twins beat the Houston Astros 5-2 on Saturday night.

Polanco homered for the fifth time in 11 games, and Miguel Sanó and Ben Rortvedt each drove in runs with doubles to back Berríos (7-2) in his ninth consecutive start without a loss.

The exuberant right-hander had his fastball hopping, with eight strikeouts against the hardest team to whiff in baseball. The Astros, who lead MLB in batting average, runs and several other offensive measures, managed only five hits and one walk against Berríos, whose 52 wins since the start of the 2017 season are tied for the sixth most in the majors. 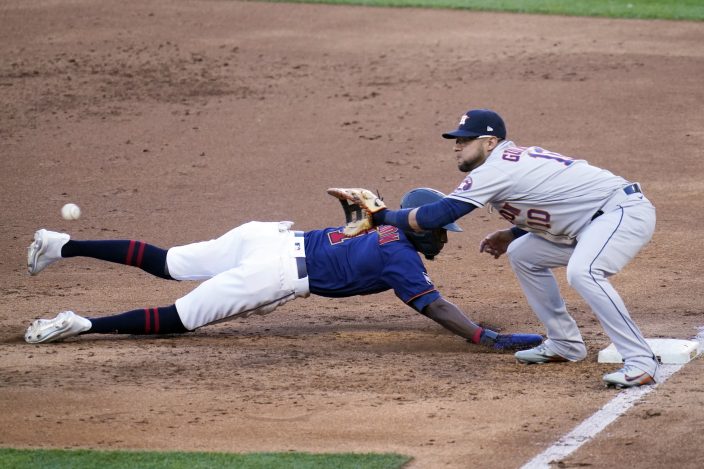 Kyle Tucker and Robel García hit back-to-back home runs in the seventh, but Berríos and the Twins entered the inning with a four-run cushion. Berríos ended four innings with strikeouts, skipping off the mound on his way to the dugout to get the season-high crowd of 18,767 at Target Field going.

The fans were just as fired up to jeer Jose Altuve — chanting “Cheater! Cheater! Cheater!” — and the Astros for the sign-stealing scandal, which was revealed after the 2019 season. When the Astros played here in the 2020 postseason, the coronavirus pandemic kept the gates closed.

Taylor Rogers pitched a perfect ninth inning for his sixth save, after Hansel Robles turned in a hitless eighth. 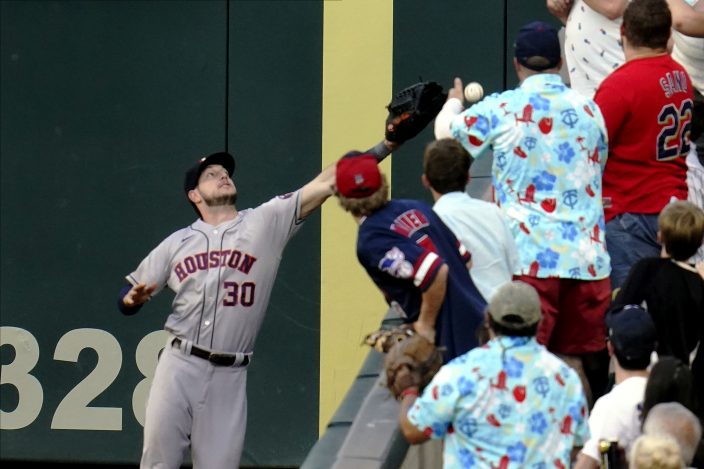 Astros starter Luis Garcia (5-4) gave up a career-high four runs in 4 1/3 innings. One of those runs was unearned, thanks to a passed ball by catcher Martín Maldonado on a swinging strike three to start the fifth. Nick Gordon then stole second base, sparking the three-run frame.

Gordon has started his career with five steals without being caught. 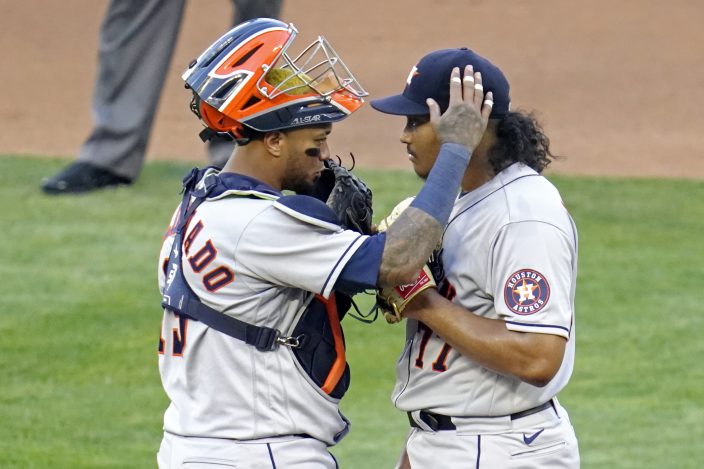 Twins: CF Byron Buxton (hip strain) and LF/2B/3B Luis Arraez (shoulder strain), among the 12 players on the injured list, each played across the river Saturday for Triple-A St. Paul with their return to the Twins nearly imminent. ... RHP Randy Dobnak, whose cracked fingernail caused him significant discomfort Wednesday in his last outing, is questionable for his next start but was available out of the bullpen, manager Rocco Baldelli said. 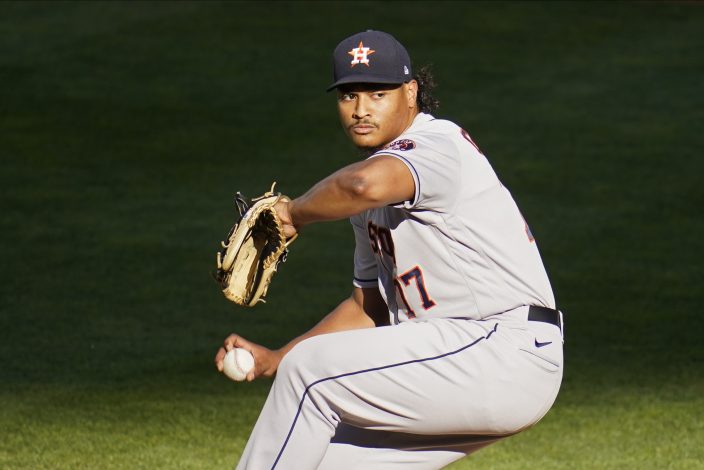 Twins: RHP Michael Pineda (3-3, 3.46 ERA) takes the mound for the matinee and series finale. Pineda is 3-4 with a 5.06 ERA in nine career starts against the Astros.