Kyle Hendricks (8-4) threw six solid innings for his sixth consecutive victory and the Cubs won for the seventh time in 11 games. 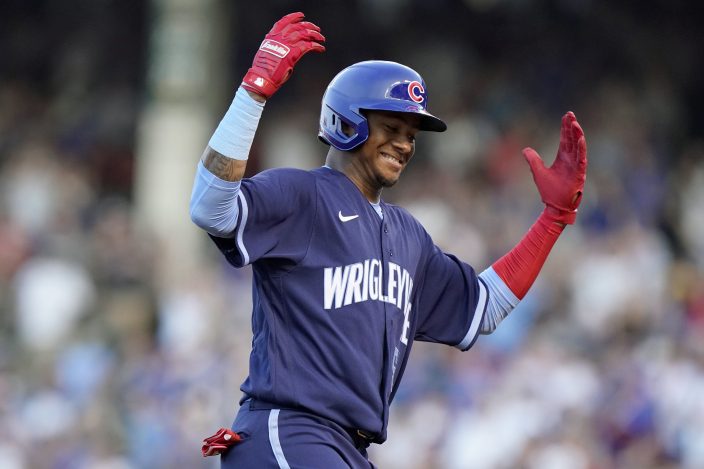 The Cubs sent 11 batters to the plate in their five-run second. Happ hit a two-run shot to put the Cubs ahead 2-1 before Gant walked the next three batters — including Hendricks. Pederson popped out before Kris Bryant drew the fifth walk of the inning to score a run.

Jake Woodford replaced Gant and allowed an RBI single to Javier Báez before hitting Anthony Rizzo with a pitch to bring in another run. 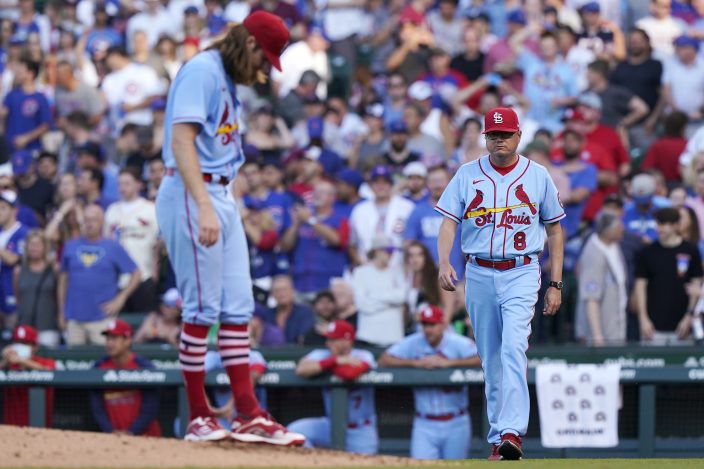 Woodford got his first major league hit — a single off Hendricks — in the next inning after DeJong hit a leadoff homer.

Alcántara added a solo shot off Woodford in the third.

Pederson once again did a stutter step at third base to celebrate homering off Seth Elledge in the fourth, a move he's copied from Padres star Fernando Tatis Jr. 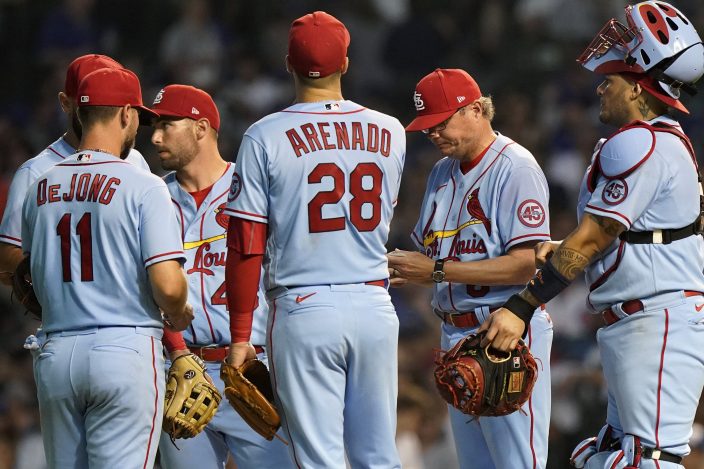 Arenado hit his 12th homer off Hendricks in the second inning. Hendricks leads the majors with 19 homers allowed. He gave up two runs and three hits.

The Cardinals loaded the bases in the ninth, but Craig Kimbrel took the mound and got a groundout to end the game for his 17th save in 19 chances. 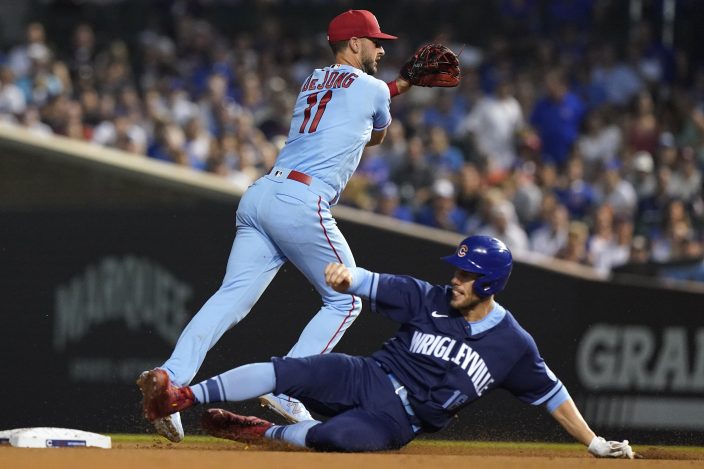 The Cubs debuted their dark blue City Connect jerseys with light blue trim, all-caps “Wrigleyville” on the front and designs for Chicago’s 77 neighborhoods. Bryant played his first game at third base since April 20. He has seen time at all outfield positions and first base.

Cardinals: LHP Kwang Hyun Kim (lower back tightness) is expected to throw another bullpen Sunday as he nears a return from the injured list. ... OF Justin Williams (neck stiffness) was set to begin a rehab assignment with Triple-A Memphis. ... RHP Dakota Hudson (Tommy John surgery) has been playing catch and hopes to contribute before the end of the season, manager Mike Shildt said. 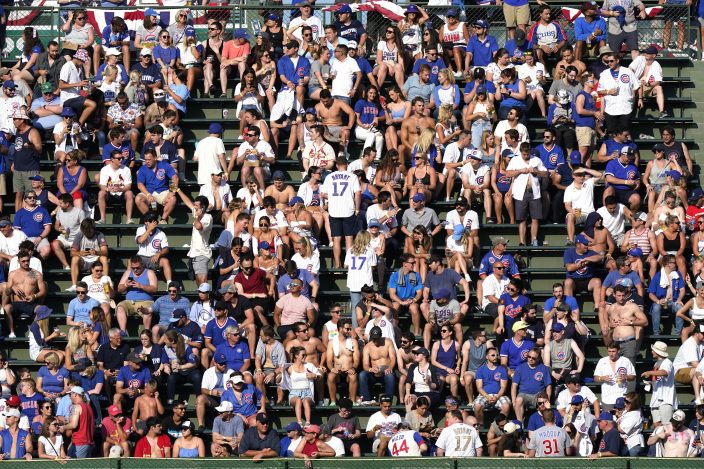 Fans wait for a baseball game between the St. Louis Cardinals and the Chicago Cubs in Chicago, Saturday, June 12, 2021. (AP PhotoNam Y. Huh)