Jonah Heim and Nate Lowe had two-run homers among their three hits apiece, and the Texas Rangers emphatically snapped their 16-game road losing streak with a 12-1 victory over the Los Angeles Dodgers on Saturday night.

Jason Martin hit his first major league homer and Willie Calhoun had an RBI triple for the Rangers, who hadn't won away from Arlington since May 6 in a skid that spanned six ballparks and matched the longest road losing streak in franchise history, set by the expansion Washington Senators in 1961.

It was also the AL's longest road losing streak since 2010, and the longest within a single season since 1970. 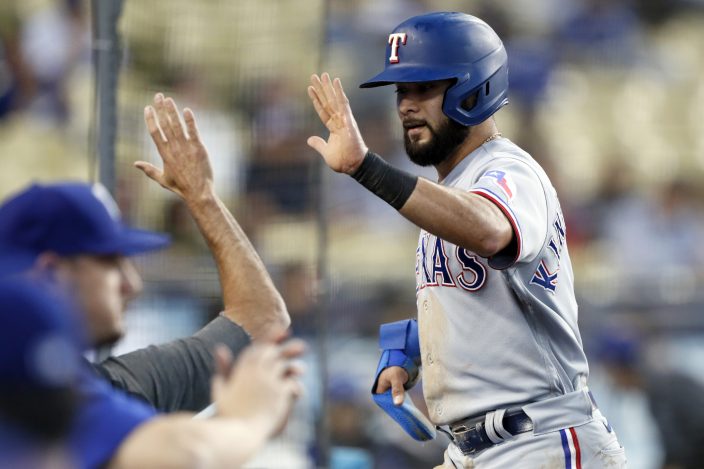 Texas Rangers' Isiah Kiner-Falefa gets a high-five after scoring on a double by Adolis Garcia against the Los Angeles Dodgers during the third inning of a baseball game in Los Angeles on Saturday, June 12, 2021. (AP PhotoAlex Gallardo)

Kolby Allard pitched five scoreless innings of five-hit ball for last-place Texas, which improbably dominated the defending World Series champions and won for just the third time in 16 games overall — one night after taking a 12-1 loss of its own at Chavez Ravine.

Isiah Kiner-Falefa extended his hitting streak to 10 games with three hits and also stole three bases for the Rangers, who had scored only 18 runs in their previous eight road games.

The Rangers battered NL Cy Young Award winner Trevor Bauer (6-5) for nine hits and six runs — both season highs for the Dodgers' new starter. Bauer struck out eight and got his first hit for the Dodgers, but also took his first back-to-back losses of the season. 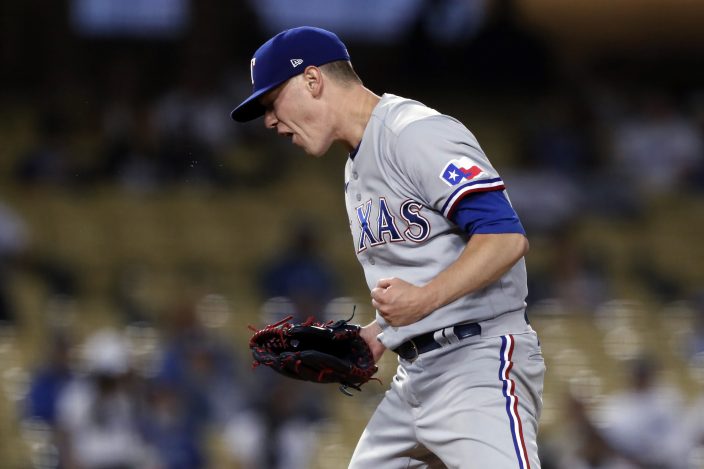 AJ Pollock homered for the Dodgers, whose five-game winning streak ended with just their second loss in 10 games. Los Angeles' 12 runs and 17 hits allowed were its worst totals of the season.

Heim, the Rangers’ young catcher, connected in the fourth for his third homer of the season. He also doubled in the eighth during Texas’ two-run rally, and Lowe hit a two-run shot in the ninth.

Allard (2-2) was outstanding in the third start of the season for the Anaheim-born graduate of San Clemente High School, striking out four with just one walk. Allard, who got zero runs of support in his first two starts, escaped a bases-loaded jam in the fourth by getting rookie Zach McKinstry on a weak first-pitch grounder. 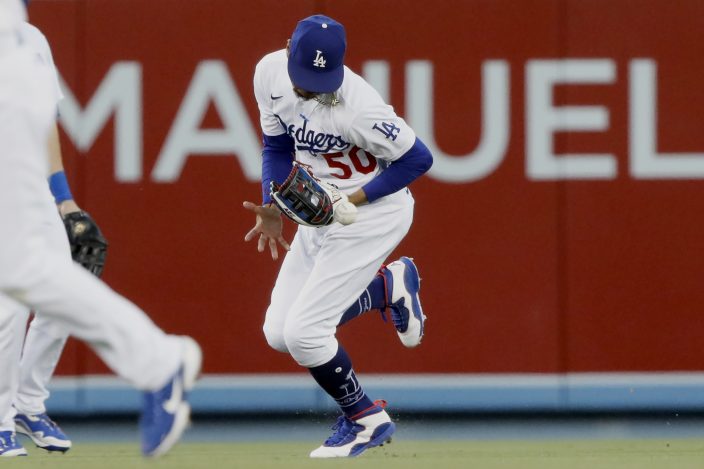 Andy Burns, a 30-year-old outfielder, got his first major league hit and then pitched in the ninth inning of his first game with the Dodgers.

After being recalled from Triple-A Oklahoma City before the game, Burns got an infield single in the second inning of his first major league start. He also drew a walk. 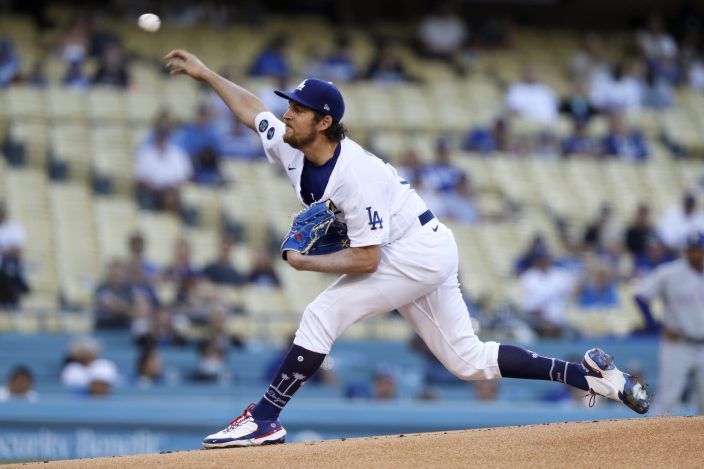 And with the Dodgers down 10-1 in the ninth, Burns even got to pitch. He got three outs, but also gave up three hits, including a two-run homer by Martin, another Orange County native.

Burns had his only six previous games of major league experience as a reserve with Toronto in 2016. He played all across the minors and in South Korea and Australia over the past 11 years.

The Rangers improved to 2-10 against NL teams and won at an NL park for the first time in 12 games while beating the Dodgers for only the second time in 10 meetings since June 2015.

Dodgers: 1B Max Muncy went on the injured list with a right oblique muscle strain after homering in the first inning of Friday's game and then getting pulled in the second. ... OF Cody Bellinger didn't play after leaving Friday's game with left hamstring tightness. Manager Dave Roberts doesn't think the injury is serious.

Walker Buehler (5-0, 2.56) takes the mound for Los Angeles after throwing seven scoreless innings of two-hit ball in Pittsburgh on Tuesday. Dane Dunning (2-4, 4.26) counters for the Rangers.