The Latest on soccer’s European Championship:

Christian Eriksen remains in a Copenhagen hospital as he recovers after collapsing during Denmark’s game against Finland at the European Championship.

The Danish team canceled all planned media activities at its base camp and also postponed a training session to give its players more time process Saturday’s incident. Eriksen fell face-forward to the ground late in the first half and needed CPR from medical staff before regaining consciousness. 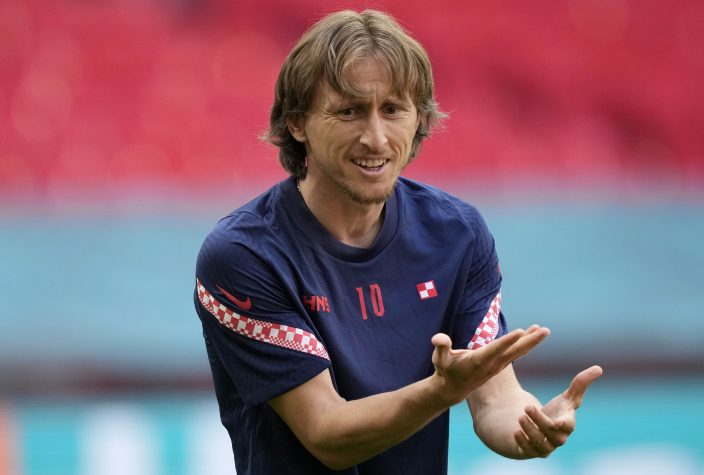 The game was suspended for about 90 minutes before resuming. Finland eventually won 1-0.

Eriksen was being treated at one of Denmark’s top hospitals. Rigshospitalet is less than a mile from Parken Stadium in Copenhagen.

There have been no recent updates on Eriksen’s condition.

A rematch from the World Cup semifinals will be first up on Day 3 of the European Championship when England takes on Croatia.

The Croats won that match three years ago in Russia. But England will be playing at home this time at Wembley Stadium in London.

Austria and North Macedonia will play in the middle match in Bucharest. The two teams weren’t able to hold their training sessions at the National Arena on Saturday because a downpour soaked the field. North Macedonia is making its debut at a major soccer tournament.

The final match will be between the Netherlands and Ukraine in Amsterdam. The Dutch haven’t played at a major tournament since reaching the semifinals at the 2014 World Cup in Brazil.

The Latest: England and Czech Republic meet after advancing

The Latest: Ronaldo and Portugal back on field at Euro 2020

The Latest: Lewandowski to make 1st appearance at Euro 2020