Barrel-chested and with braids in his hair, Romelu Lukaku was already looking the part at international level at the tender age of 17 when he scored his first goals for Belgium in a match at Russia in 2010.

It was the way Lukaku took his goals that really marked him out as a star of the future. One was nothing more than a tap-in after a defensive blunder but he was in the right place to capitalize, while the other saw him use his body strength to shrug off a defender and steer home a finish.

More than a decade later and, in one sense, nothing has changed. 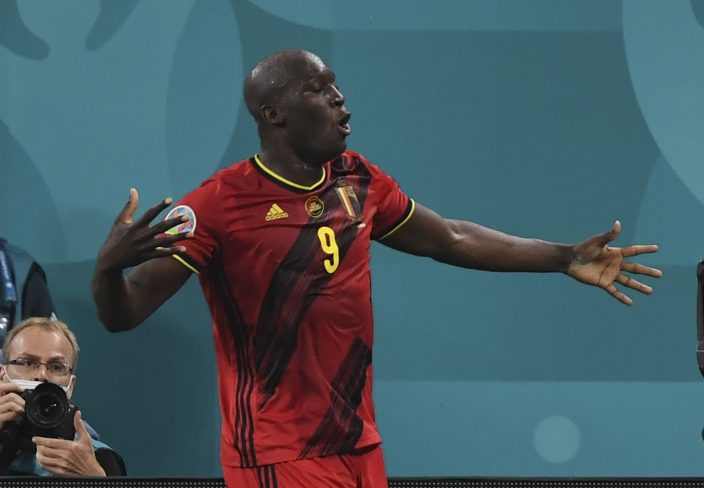 Lukaku again scored two goals at Russia on Saturday, with the origins of the goals in the 3-0 win eerily similar to those of 11 years ago.

Yet this time the stage and surroundings were different. This was no friendly, like in Voronezh in 2010. This was the team's first match of a European Championship, in St. Petersburg with the eyes of the world on him.

Doesn’t matter to Lukaku, a player seemingly born to score goals. A player who treats every game as if it’s his last. A player whose work ethic, and those hours and hours of watching video clips of top strikers like Didier Drogba and Samuel Eto’o that he stored in his own DVD library, is paying off. 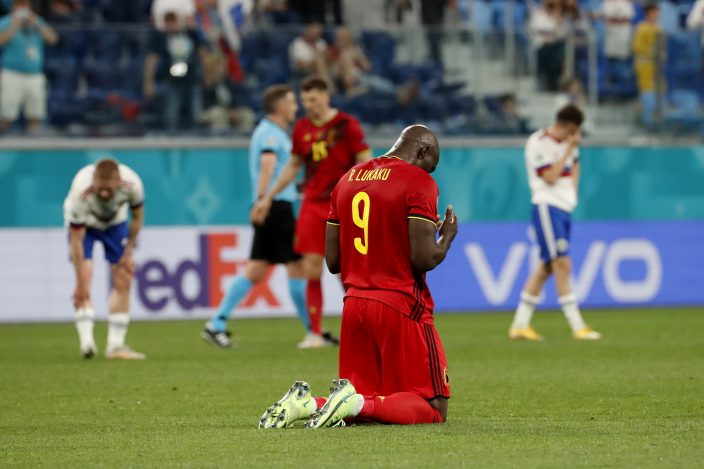 Belgium's Romelu Lukaku knees on the pitch at the end of the Euro 2020 soccer championship group B match between Belgium and Russia at the Saint Petersburg stadium in St. Petersburg, Russia, Saturday, June 12, 2021. (Anatoly MaltsevPool via AP)

Forget Eden Hazard and even forget Kevin De Bruyne. It’s Lukaku — not just a lethal scorer but now a leader and a role model — on whom the burden is falling to lead Belgium to its first ever title in a major tournament.

Lukaku was in tears in Belgium’s dressing room only a couple of hours before the game against Russia after watching his teammate at Inter Milan — Denmark midfielder Christian Eriksen — collapse to the ground against Finland in Copenhagen and require CPR from medical staff before regaining consciousness.

“It was really tough to get my mind together,” said the striker, who dedicated his two goals to Eriksen. “It’s the first time I’ve been through this as a football player with a teammate of mine.” 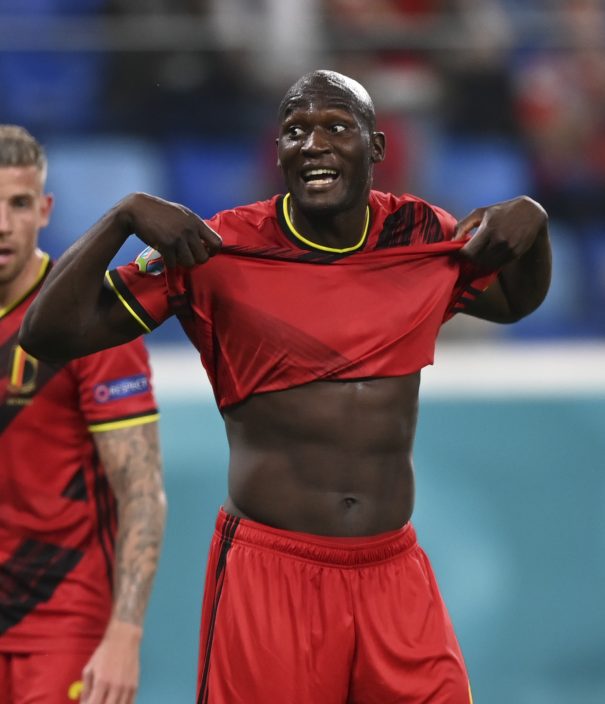 Lukaku then faced the loud jeers of a heavily pro-Russian crowd while taking a knee along with his Belgium teammates before kickoff.

Put simply, Lukaku was not short of motivation on Saturday and he delivered like he almost always does for Belgium.

With major fitness concerns for Hazard and Axel Witsel, and another mainstay in De Bruyne not yet ready to play because of recent facial injuries, Lukaku has arguably become Belgium’s most important player.

“He’s reached a new level on the pitch,” Belgium coach Roberto Martinez said. “Lukaku has always known how to score goals, but now he’s improved with the decisions he makes and the awareness of his own ability. This is the best version of Lukaku I’ve ever seen.”

Martinez has described Lukaku as the “complete striker” and his all-round game — his movement, his link-up play, the way he holds the ball up and occupies defenders — has improved considerably. As has his first touch, which was regarded as his biggest weakness during his underwhelming time at Manchester United from 2017-19.

Moving to Inter and working under Antonio Conte for the last two seasons has really brought the best out of Lukaku, who led the team to the Italian league title this season with 24 goals and 11 assists.

Manchester City and Chelsea — the two Champions League finalists last month — are on the look-out for strikers in the offseason. And while Harry Kane and Erling Haaland appear to be the favorites, the two clubs might just want to switch their attention to Lukaku, a player with unfinished business in England.

Being top scorer at Euro 2020, and leading Belgium to the title, would really raise his appeal.

He could hardly have made a better start.