At a low point in U.S.-Russian relations, President Joe Biden and Russian President Vladimir Putin appear to agree broadly on at least one thing — their first face-to-face meeting Wednesday is a chance to set the stage for a new era in arms control.

Whether that leads to actual arms negotiations is another matter, complicated by the soured relationship and accusations by each country that the other has cheated on past arms treaties. The fabric of arms control has been fraying, notably with the abandonment in 2019 — first by Washington, then by Moscow — of the Intermediate-Range Nuclear Forces Treaty, which had governed a whole class of missiles for more than three decades.

The Trump administration also pulled the United States out of the Open Skies Treaty, which had allowed surveillance flights over military facilities in both countries. Last month the Biden administration informed the Russians that it would not reenter the treaty, and last week Putin confirmed Russia's exit. 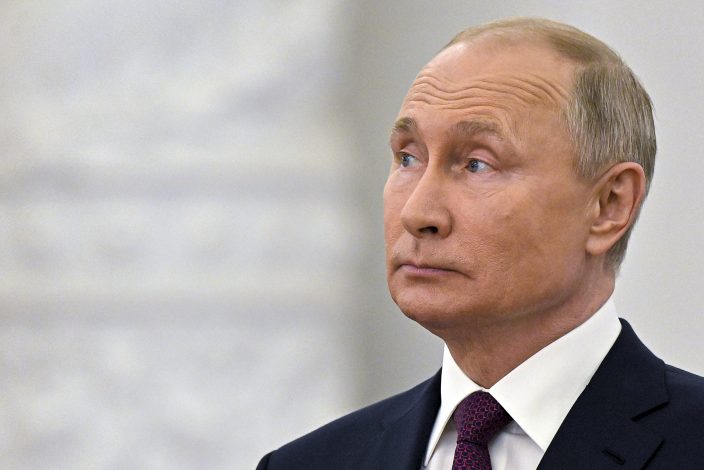 Biden and Putin now face choices about how and when to restart a dialogue over arms control priorities, even as Biden faces pressure from Congress on China's growing military might and North Korea's nuclear ambitions.

Despite its importance, the arms control issue may get overshadowed at the Biden-Putin summit, given heightened U.S. focus on ransomware attacks, alleged Russian interference in U.S. elections, Russia's military buildup on Ukraine's border and allegations that the Kremlin was behind the SolarWinds hacking campaign.

International arms control groups are pressing the Russian and American leaders to start a push for new arms control by holding “strategic stability" talks — a series of government-to-government discussions meant to sort through the many areas of disagreement and tension on the national security front. There also are calls for such consultations to include Europe because the talks could cover a wide range of issues including cyberthreats, space operations and missile defenses, in addition to nuclear weapons.

Officials in Moscow and Washington have indicated they see value in strategic stability talks, which probably would not be an arms control negotiation but rather a series of discussions at lower levels aimed at deciding how to organize and prioritize an eventual arms control agenda.

“What we are looking to do is for the two presidents to be able to send a clear signal to their teams on questions of strategic stability so that we can make progress on arms control and other nuclear areas to reduce tension and instability in that aspect of the relationship,” Biden's national security adviser, Jake Sullivan, said last week.

Washington broke off strategic stability talks with Moscow in 2014 in response to Russia's annexation of Crimea and its military intervention in support of separatists in eastern Ukraine. Talks resumed in 2017 but gained little traction and failed during the Trump administration's final weeks to produce an agreement on extending the New START treaty limiting nuclear weapons. Shortly after Biden took office in January, the two sides agreed to a five-year extension but with no road map for future talks.

Biden wrote in The Washington Post, previewing his trip to Europe, that he already has made clear to Putin that the United States wants to avoid conflict. Biden will attend a NATO summit meeting and consult with European Union officials before the Geneva session with Putin.

“We want a stable and predictable relationship where we can work with Russia on issues like strategic stability and arms control,” Biden wrote.

Putin said he, too, is ready for such talks.

“Strategic stability is extremely important,” Putin said June 3 in remarks to heads of international news agencies. “We don’t want to scare anyone with our new weapons systems. Yes, we are developing them, and we have achieved certain results and successes. But all leading countries and leading military powers are doing this, and we are just one step ahead.”

“We realize that other high-tech powers, such as the United States and other countries, will achieve similar results sooner or later,” Putin added. "Therefore, I believe that it is better to reach agreement in advance on how we will live together in a changing world. We are ready for this.”

Putin appeared to be alluding to what some call Russia's exotic strategic weapons such as the Poseidon nuclear-armed, nuclear-powered torpedo and the experimental Burevestnik nuclear-powered cruise missile. Putin has said these can be discussed as part of a strategic stability dialogue. But the Americans must be prepared to include for discussion their work on strategic missile defenses, which Moscow has long called an impediment to arms control.

International arms control experts want to ensure that Europe has a place at the table. Some favor a restart of direct consultations between NATO and Russia, which were cut off after Russia seized Crimea, not as an arms control forum but as a means of discussing tensions and reducing risks of war.

In the past, the U.S., Europe and Russia shared a mutual understanding of the ways to avoid accidents and miscalculations leading to conflict.

In a separate appeal to Putin and Biden, a group of Russian and American organizations, nuclear policy experts and former senior government officials called for resuming a strategic dialogue “that is regular, frequent, comprehensive and result oriented leading to further reduction of the nuclear risk hanging over the world and to the rediscovery of the road to a world free of nuclear weapons.”