Although coronavirus restrictions are keeping crowds small at the European Championship, it wasn’t only the pandemic that affected the low turnout in Baku.

A crowd of only 8,782 people were hand to watch Wales and Switzerland draw 1-1 on Saturday even though organizers said up to 31,000 spectators could attend the four matches in the city.

The crowd looked even more sparse on TV because cameras were facing toward the side of the stadium in the hot sun, and local supporters headed for shadier seats. 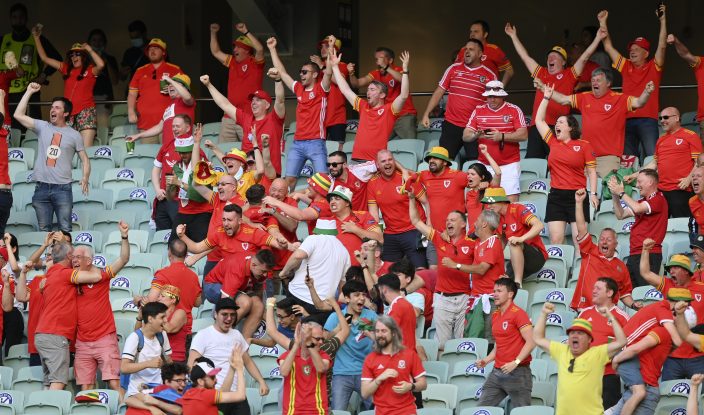 Attendance is likely to rise sharply when close ally Turkey plays two of its group games in Baku, however. Travel is much easier for Turkish fans and most locals are expected to support the team, too.

Still, empty seats also reflect some locals’ ambivalence to a tournament for which Azerbaijan didn’t qualify. Tickets for group games start from 60 manat ($35), but that’s a relatively high price compared to local wages.

There was a small contingent of Welsh fans that made the nearly 4,200-kilometer (2,600-mile) journey to see their team play, despite facing a quarantine period when they return to Britain. Their chants set the tone in the largely quiet stadium and were credited by Wales coach Robert Page with inspiring the team before Kieffer Page scored the equalizer. 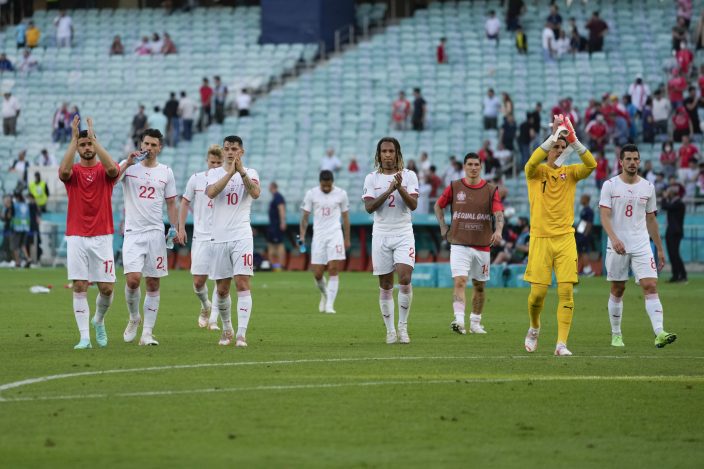 Switzerland players applaud fans at the end of the Euro 2020 soccer championship group A match between Wales and Switzerland, at the Baku Olympic stadium, in Baku, Azerbaijan, Saturday, June 12, 2021. The match ended in a 1-1 draw. (AP PhotoDarko Vojinovic, Pool)

“It’s disappointing that we can’t have it packed to the roof, more Welsh supporters, but the ones that came today were certainly heard,” Page said.

Over the last decade, Azerbaijan has hosted a string of large-scale international sports and cultural events aimed at making the country better known abroad. Sometimes Azerbaijan competes — as it did at the 2012 Eurovision Song Contest or the 2015 European Games — but often the locals are neutral spectators. 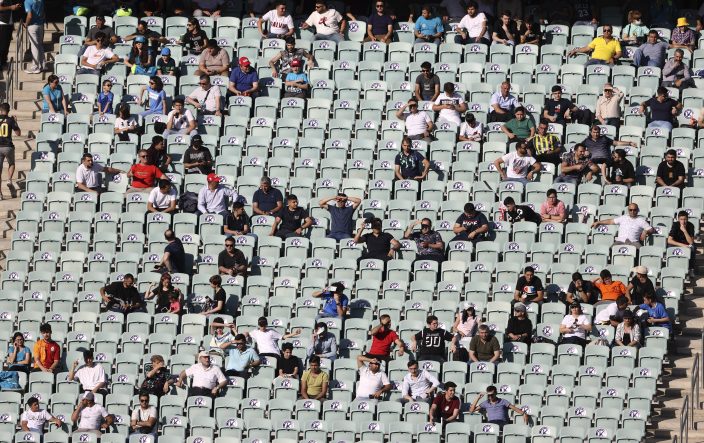 State oil company SOCAR was a major UEFA sponsor in the run-up to Euro 2020 — a sign of Azerbaijan's commitment to hosting the event — but that relationship ended recently after eight years.

Last week, Baku hosted the fifth edition of a Formula One race around its seafront street circuit. Fans weren’t allowed in the stands but people watched from balconies overlooking the track. Concrete barriers and posters of F1 drivers are still visible in the city.

For the small group of passionate Wales fans singing in the stadium, it seems it was still worth the journey.

“What an atmosphere,” Wales fan Ffion Owen said. “It was great to be in the stadium, I can say that.”