Chesson Hadley finished off his third round Sunday morning, shooting a 68 for a four-stroke lead at the rain-delayed Palmetto Championship.

Hadley was among four players who couldn't complete the 18th hole at Congaree on Saturday as lightning and severe storms hit the area. Hadley closed with a par to stand at 14-under 199, four ahead of Harris English.

Hadley had a chance to extend his lead upon his return but missed a 5-footer for birdie that lipped out. 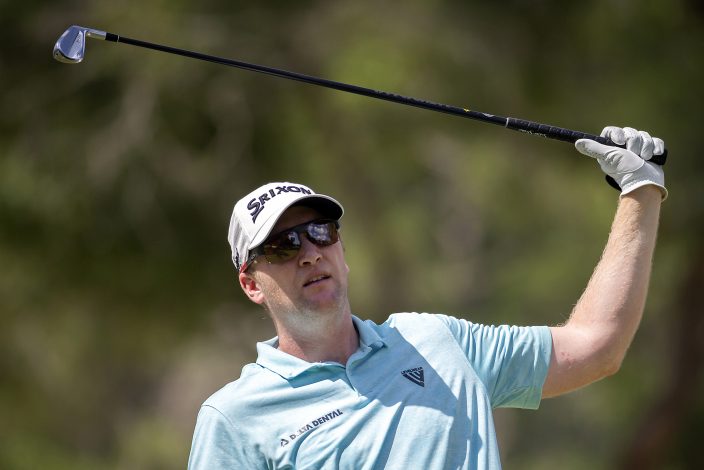 Garrick Higgo, of South Africa, reacts to his drive on the 18th tee during the second round of the Palmetto Championship golf tournament in Ridgeland, S.C., Friday, June 11, 2021. (AP PhotoStephen B. Morton)

“I’m in a great spot, no questions asked. I’ve got to keep my head down,” he said. “The pedal is accelerating, we’re not braking.”

English, whose round also was delayed, made par on the final hole for a 67. He and Hadley will be paired together in the final round Sunday afternoon.

Garrick Higgo of South Africa, who completed his third round before the stoppage, was alone in third at 8 under. 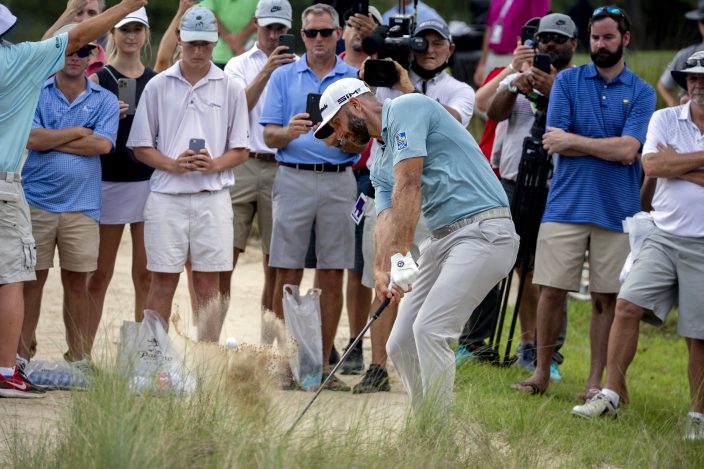 Dustin Johnson his out of the sand on the 12th hole during the third round of the Palmetto Championship golf tournament in Ridgeland, S.C., Saturday, June 12, 2021. (AP PhotoStephen B. Morton)

World No. 1 Dustin Johnson, paired with Hadley on Saturday, had been tied with Higgo before play was halted. But Johnson put his second shot over the 18th green and made bogey for a 73. He was part of a group of four players at 7 under, seven shots behind.

The tournament at Congaree filled in for the RBC Canadian Open, which was canceled for a second straight year due to COVID-19.