Just when a party was poised to break out in movie theaters, the below-expectation debut of “In the Heights” dampened Hollywood's hopes of a swift or smooth recovery at the summer box office.

Jon M. Chu's exuberant adaptation of Lin-Manuel Miranda's Broadway musical opened with a modest $11.4 million, according to studio estimates Sunday. Forecasts had ranged from $15-$20 million. The release of “In the Heights” — a lavish song-and-dance musical accompanied by glowing reviews from critic s and considered a milestone movie for Latinos — was widely seen as a cultural event.

On opening weekend, though, the Warner Bros. release narrowly missed the top spot. Instead, “A Quiet Place Part II” edged it with $11.7 million in its third weekend of release. (It's close enough that the order could flip when final figures are released Monday.) On Friday, John Krasinski's thriller — playing only in theaters — became the first film of the pandemic to reach $100 million domestically. Its cumulative total is $109 million. 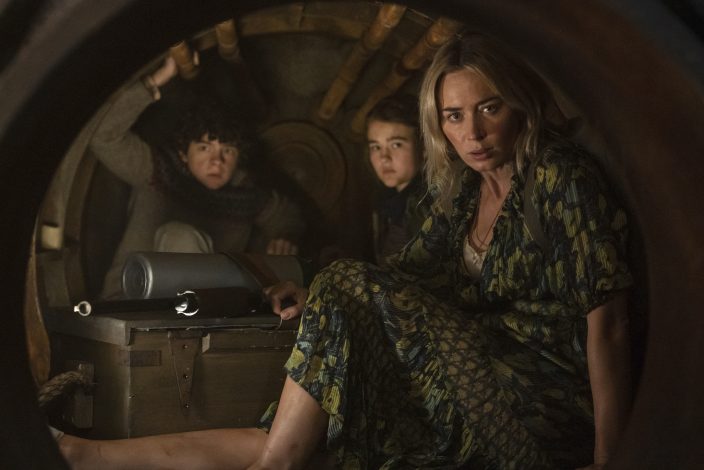 After a string of good box office weekends, the opening of “In the Heights” was a reminder of the challenges of the marketplace. Most theaters are operating at reduced capacities to allow social distancing. Canada's theaters are largely closed. And getting crowds to come out for a movie that was simultaneously streaming on HBO Max, as “In the Heights” was, adds another complication.

Starring a mostly fresh-face cast including Anthony Ramos, Melissa Barrera, Corey Hawkins and Leslie Grace, “In the Heights" didn't have the star power of musicals such as “Mamma Mia!” to give it a boost. Miranda, who performed the lead on Broadway, ceded the part to Ramos. Miranda plays a minor role.

Instead, the film will depend on strong word of mouth (it received an “A” CinemaScore from audiences) to propel a long run in theaters. Its hopeful comparison would be a movie like 2017's “The Greatest Showman,” which opened to $18.8 million but held firmly for months, ultimately grossing $174.3 million in the U.S. and Canada.

“We always thought that the movie has to do the heavy lifting,” said Jeff Goldstein, distribution chief for Warner Bros. “Even though it came in at a lighter level than we had expected, we're proud of the movie that's there and over time the hope is that we can get an audience to sample the movie and tell their friends to.”

Warner Bros., as is standard throughout the industry, didn't release viewing data for “In the Heights” on HBO Max. The studio's day-and-date approach, planned to last through the end of the year, has been much-debated. But previous Warner releases — particularly “Godzilla vs. Kong” (which managed a $32.2 million three-day opening in early April ) and last week's No. 1 film, “The Conjuring: The Devil Made Me Do It” ( a $24 million debut ) — performed solidly while also being available in the home. The “Conjuring” sequel added $10 million in its second weekend. 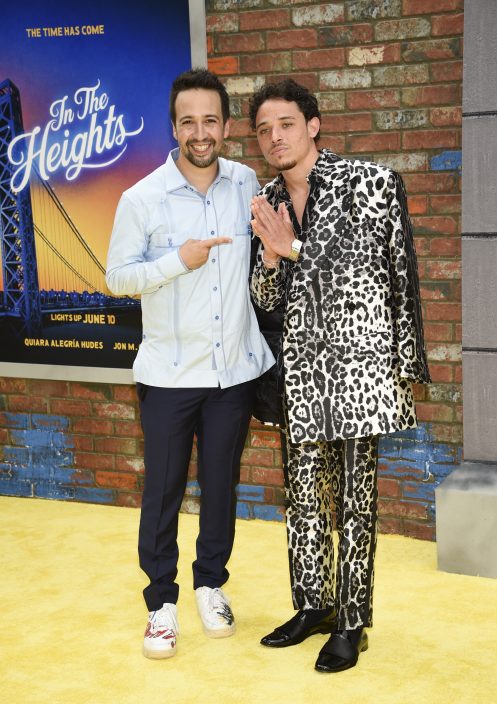 Producer Lin-Manuel Miranda, left, and actor Anthony Ramos pose together at the 2021 Tribeca Film Festival opening night premiere of "In The Heights" at the United Palace theater on Wednesday, June 9, 2021, in New York. (Photo by Evan AgostiniInvisionAP)

HBO Max, Goldstein said, couldn't be blamed for any disappointing results for “In the Heights.”

Last weekend, Disney's “Cruella” may have also made a somewhat muted arrival in theaters because it opened at the same time on Disney+, for $30. In its second weekend, “Cruella” earned $6.7 million, bringing its total to $56 million.

This image released by Warner Bros. Pictures shows a scene from "In the Heights." (Warner Bros. via AP)

“In the Heights” had originally been set to open in June of last year. The studio and filmmakers, believing its impact would be felt most powerfully in theaters, opted to wait for cinemas to reopen. Ahead of release, Warner put its marketing weight behind the film. Oprah Winfrey hosted a virtual block party for the film. On Wednesday, the film opened the Tribeca Festival with a yellow carpet premiere and screenings scattered throughout New York.

Regardless of box office, “In the Heights" is the rare bigger-budget spectacle film to feature a predominantly Latino cast. Though Latinos make up one of the largest groups of regular moviegoers (accounting for as much as 29% of tickets sold) their representation in Hollywood is still a fraction of that. According to audience surveys, about 40% of the opening-weekend audience for “In the Heights" was Hispanic.

The director Chu has previously helmed a breakthrough release for Asian Americans in 2018's “Crazy Rich Asians,” which opened to $26.5 million over three days and then kept a multi-week lock on the box office. Recalling that — or perhaps sensing that “In the Heights” wasn't going to debut like a blockbuster — Chu urged people to “vote with their wallets" by supporting the film. 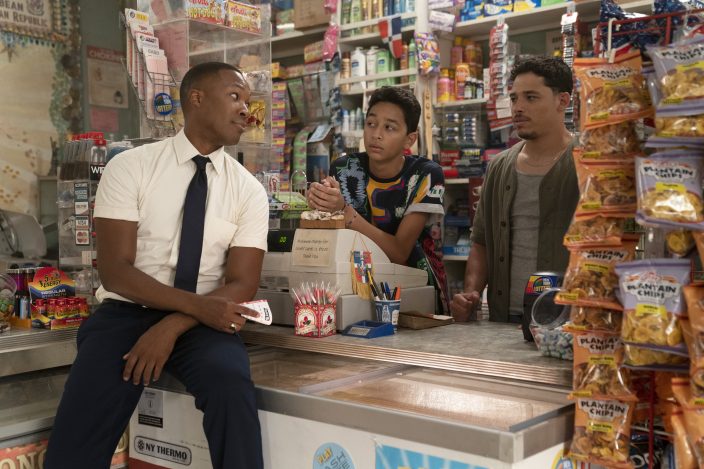 “Even ‘Crazy Rich Asians’ you couldn’t really tell. It was only the second weekend when people started coming back and the third weekend when people who didn’t go to the movies started to come,” said Chu a week ahead of release. “Buying tickets to this thing — putting your money where your mouth is — was the democratic statement that no studio could make up.” 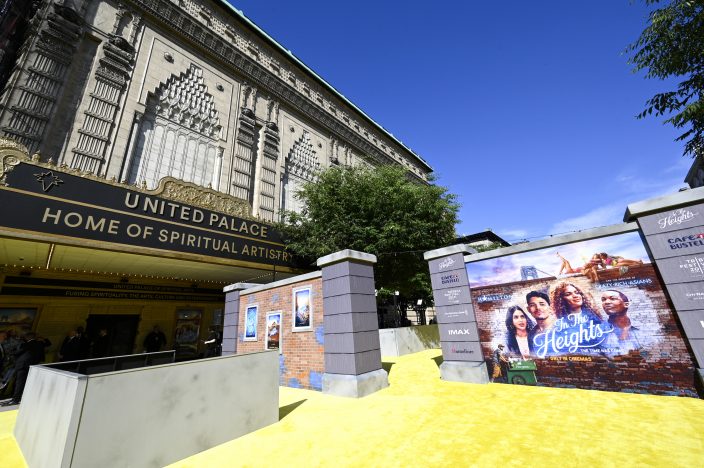 The 2021 Tribeca Film Festival opening night premiere of "In The Heights" at the United Palace theater on Wednesday, June 9, 2021, in New York. (Photo by Evan AgostiniInvisionAP)