The Orioles extended a dubious team record, the worst road skid since the club moved from St. Louis to Baltimore in 1954.

Arozarena made it 7-1 when he stopped a personal 19-game home run drought on his drive to center off César Valdez in the seventh. 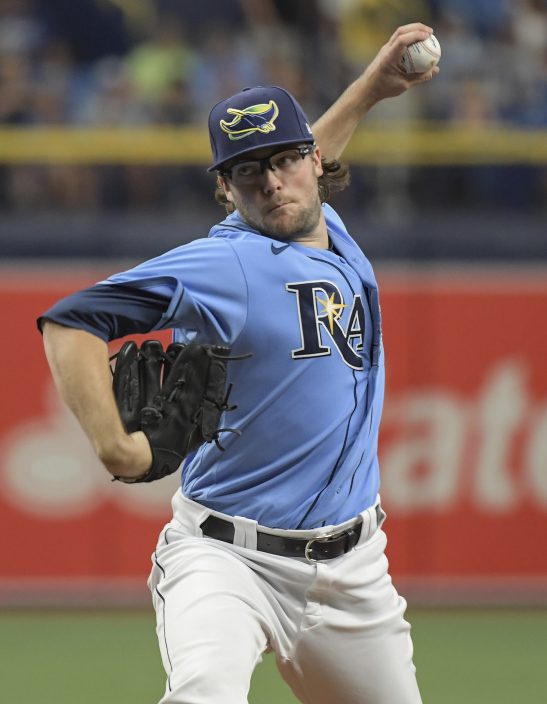 After opener Michael Wacha allowed one run and two hits, Josh Fleming (6-4) entered in the third and walked one — with two outs in the third that was the last Orioles' baserunner — over four innings. 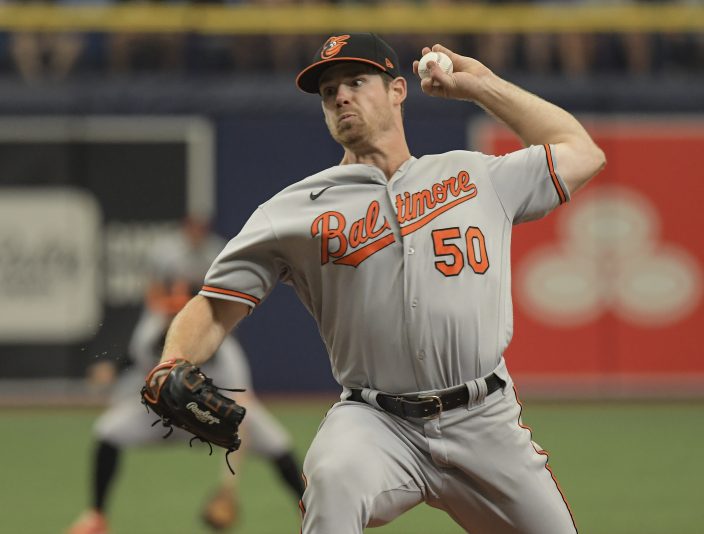 Walls had a two-run single against Bruce Zimmermann (4-4) during the fourth as Tampa Bay took a 3-1 lead. The rookie, who started the game with one hit in his previous 15 at-bats, singled and stole second in the third before scoring on Yandy Díaz’s single.

Zimmermann gave up three runs and six hits in 5 ⅔ innings, and had his career-high three-game winning streak end.

Pat Valaika put the Orioles ahead 1-0 on a second-inning RBI single off Wacha. 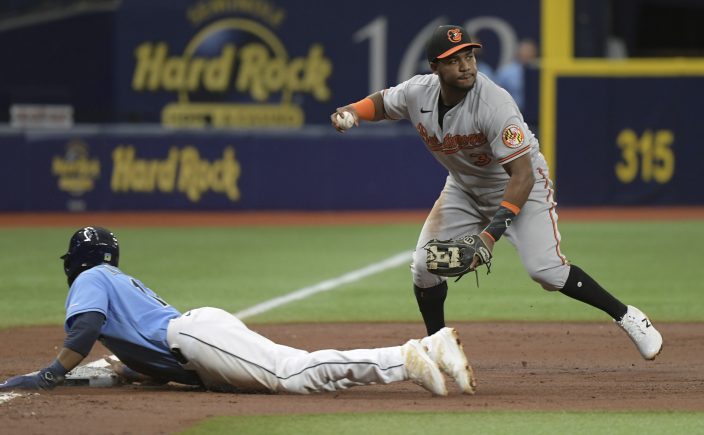 Tampa Bay Rays' Manuel Margot, left, slides into third base on a single hit by Yandy Diaz as Baltimore Orioles' Maikel Franco looks to throw to first base during the third inning of a baseball game Sunday, June 13, 2021, in St. Petersburg, Fla. (AP PhotoSteve Nesius)

Baltimore is 0-6 against the Rays this season, getting outscored 48-21.

The teams with the best two records in the AL meet Monday night in Chicago when the Rays take on the White Sox.

“It should be a very fun series,” Tampa Bay manager Kevin Cash said. “They’re a talented team. You kind of saw it coming over the last couple seasons. You saw the youth that they had, and now those guys have evolved. They added some big pieces. Their pitching has been tremendous.”

Orioles 3B Maikel Franco was hitless in three at-bats and is 0 for 24 against the Rays this season. DH Ryan Mountcastle and CF Austin Hays are both 2 for 22 in the season series.

Orioles: CF Cedric Mullins had a scheduled day off. … 1B Trey Mancini was hit around the right elbow by a pitch in the first but stayed in the game.

Orioles: Manager Brandon Hyde said a pitcher will probably be called up from Triple-A Norfolk to start Monday night’s game at Cleveland. The Indians are going with RHP J.C. Mejía (1-1).